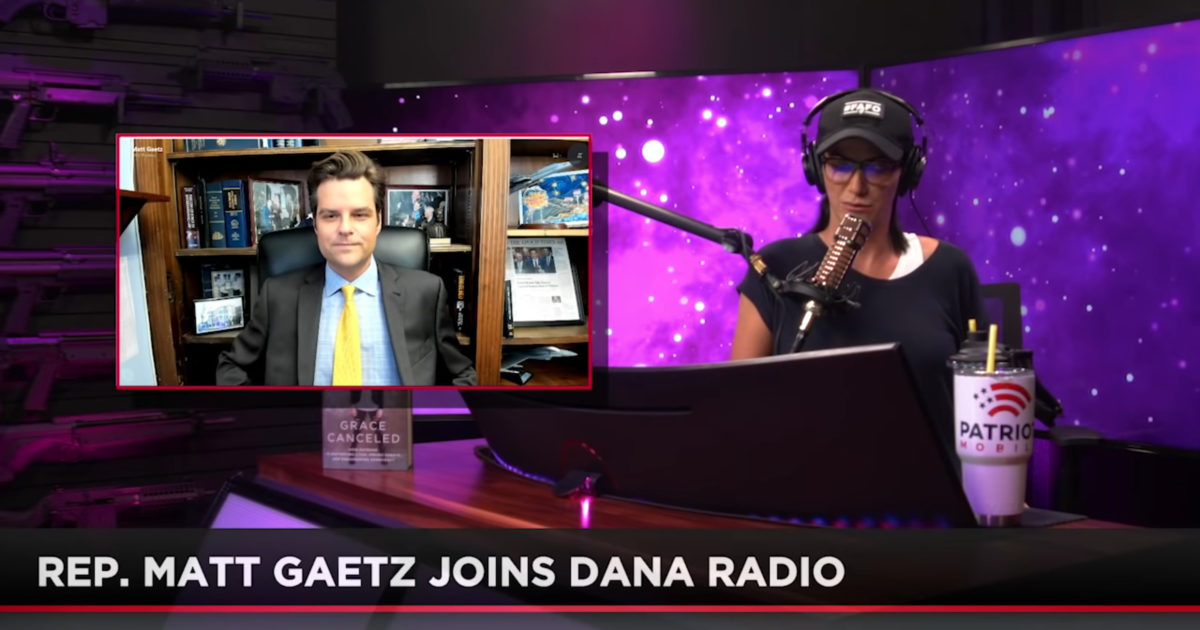 Congressman Matt Gaetz (R-FL) joined Dana Loesch this week and prior to the firebrand talking politics, he was asked to confirm the popular rumor of whether or not he lived in The Truman Show house.

On to the debate, Gaetz blasted the debate moderator calling him “a creature of the elite” and saying, “The best questions in the debate weren’t asked by Chris Wallace, they were asked by Donald Trump!”

As far as Biden’s dancing around his son’s misdeeds Gaetz clarified his issue with the Hunter is not with his drug use but with his “obviously corrupt” conduct that “damages our country.”