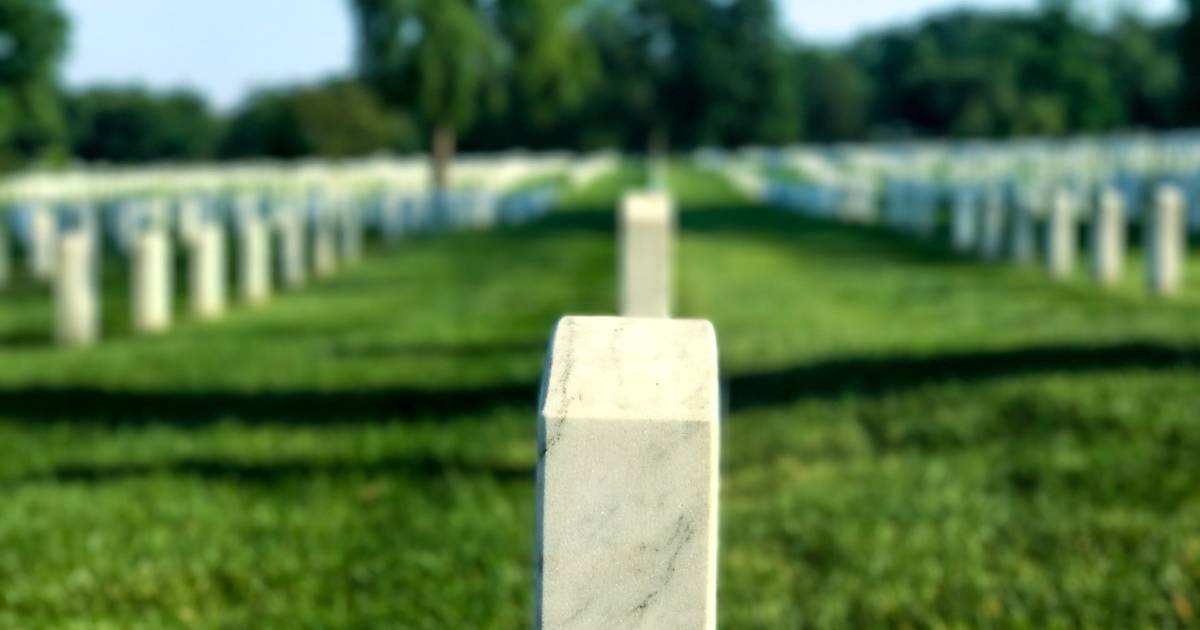 I’ve long thought that the greeting, “Happy Memorial Day,” is rather inappropriate for the nature of the holiday. While Memorial Day is a three-day weekend for many of us, the true purpose of the day is one of somber remembrance and appreciation for those Americans who paid the ultimate price.

As most of you probably know, Memorial Day has its roots in the Civil War, a conflict that cost more American lives than any other, including World War II. Over time, the remembrances became a national holiday in which we pause to remember our war dead.

Like many people, guys especially, my perception of military service has changed as I’ve grown older. Like every other young boy, I played “army” with my friends and even thought seriously about enlisting. I was in the running for an ROTC college scholarship when I was disqualified by a medical issue. Nevertheless, I’ve had a lifelong interest in the military that pairs nicely with my interest in history.

Even if I didn’t serve, I have many family and friends who did their time. A cousin is currently a Ranger captain stationed in Alaska after spending time in Iraq. A different cousin served in both Iraq wars, first as a military intelligence officer in Desert Storm and then as a chaplain stationed in Mosul. My dad was stationed at an army base in Germany in the 1950s and his brother served on a destroyer in post-war Japan. Growing up we had a family friend who limped from a wound suffered in Normandy, and I even had a great-grandfather who was captured by Union soldiers in the Civil War.

A lot of us know what it is like to have friends and family who serve, but it is a far smaller number who have gone through the pain of losing one of these uniformed loved ones. The people who go experience these losses more than anyone else are their brothers in arms. If I were to guess, I’d say that almost everyone who has spent any time in uniform has at least one friend that they will be thinking of this weekend. Some have more fallen friends to remember than others. Some also have friends who were lost to PTSD and suicide after returning home.

I think it’s also safe to say that those of us who have never experienced combat cannot comprehend what many of our veterans have gone through. Books and movies really can’t convey what it is like to be in the middle of a firefight with bullets flying and death all around, although my guess is that movies like “Saving Private Ryan” and “We Were Soldiers” do a better job than most.

After watching “We Were Soldiers” a few months ago, I decided to read the book and the movie really does not do the story of the 7th Cavalry’s struggle in the Ia Drang Valley justice. Hal Moore’s detailed account is difficult to read from an emotional perspective because it so vividly portrays the horror of the battle.

And the movie only covers half the story. After the Battle of LZ Xray was over, a column of American soldiers was ordered to march through the jungle to a different landing zone. Along the way, they were caught by surprise and ambushed by the North Vietnamese. In a few hours, almost 400 Americans were killed or wounded, including many wounded who were executed by NVA soldiers. An article on the Army website about the Battle of LZ Albany describes a soldier reading casualty lists and checking of the names of 65 of his friends who were among the dead.

Another great series of histories is Rick Atkinson’s “Liberation” trilogy, which describes the African, Italian, and Northern European campaigns of the US Army in WWII. Atkinson has a talent for blending historical facts with human narrative to create a very readable, compelling, and complete story. Think Ken Burns’ Civil War documentary in book form.

Soldiers have also lost their lives in small, forgotten conflicts. A few years ago, my hometown placed a memorial on the courthouse square that honored the county’s war dead. We were baffled by Pvt. DeWitt Rucker who was listed as killed in the “MPE.” It took quite a bit of research to determine that the “MPE” was the “Mexico Punitive Expedition” against Pancho Villa in 1916. The full story of DeWitt Rucker, a Buffalo Soldier with the 10th Cavalry, is available on my blog.

I think that it would be great to take a few moments out from our festivities this weekend to read such factual accounts or watch a documentary that details the sacrifices that America’s soldiers have made for us. In big wars or small, popular or unpopular, America’s soldiers have gone where they were told and served admirably.

Military service entails risks even in peacetime. Training accidents often cost lives and sometimes soldiers become targets. In 1986, a bomb at a West Berlin disco killed two off-duty American soldiers, and the year before, Robert Stethem, a Navy diver was murdered by the hijackers of TWA 847. In the past few years, military members have even been targeted in a series of terror attacks on military bases and recruiting offices here at home.

On a personal level, this Memorial Day feels a little different for me because my son, a rising high school senior, is thinking seriously about joining the military. As parents have no doubt discovered throughout history, the possibility of joining the military yourself and having your kids do it feel very different. I can only imagine how it felt for the parents and spouses of soldiers as they departed for the battlefields of Europe, Asia, and the Middle East. Or what it felt like to receive a telegram or a visit from the army representatives.

Enjoy your Memorial Day weekend, but take at least a few moments to reflect and appreciate the sacrifice of America’s fallen warriors. Whether you agree with our foreign policy or not is immaterial. These Americans laid down their lives for their country and that sacrifice is worthy of honor and respect.

And if you know a veteran or military member, give them a hug or handshake or a hearty “hello.” Sometimes it can be awkward to say, “Thank you for your service,” but I think most appreciate the thought. (A high school friend who served in Afghanistan says he responds with, “You’re welcome for my service.”)

And finally, if you’re a veteran who is feeling depressed and lonely this weekend, know that you are not alone and that people love you and care about you. Call the Military Crisis Line at 800-273-8255 if you need someone to talk to.