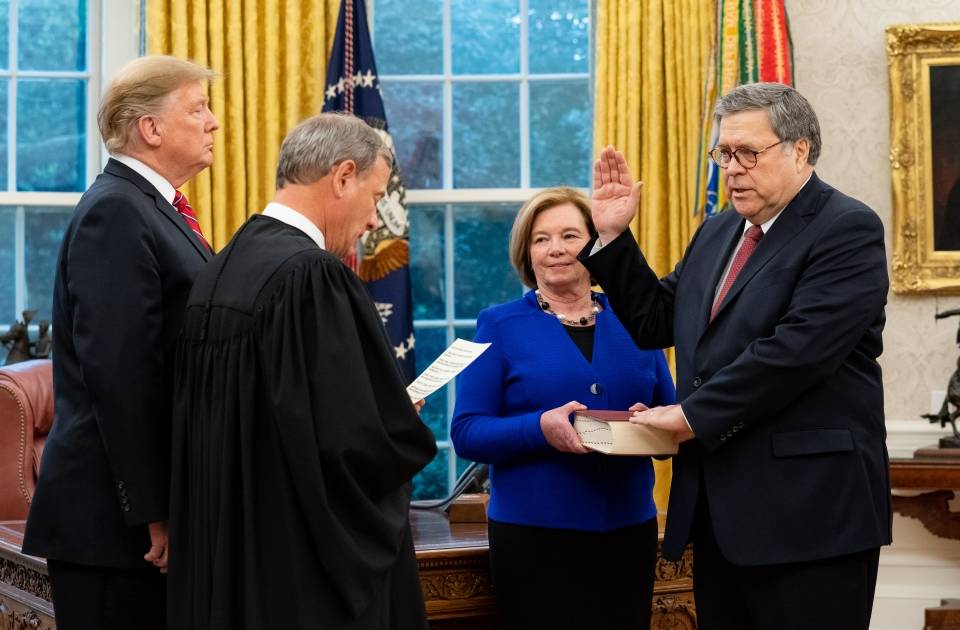 Bill Barr was in the news again over the weekend. A new Atlantic piece describes the last days of Barr’s tenure as attorney general and how Donald Trump’s quest to overturn the election finally drove the government lawyer to his breaking point or more specifically, to the point where he broke with Donald Trump.

Barr, who had also served as attorney general under Bush-41, was appointed by President Trump to resume the post after the departure of much-harangued Jeff Sessions. Barr stepped into the role on February 14, 2019, shortly after Trump survived his first impeachment.

Although Barr had good credentials, including serving under a president that I liked and respected (not Trump), like much of the Republican Party, the association with Donald Trump seemed to tarnish him.

Those of you who have followed me since the Resurgent days may remember that I was very critical of Barr at several points. Barr’s original summary of the Mueller report shaded the special counsel’s findings in a way that was beneficial to Barr’s boss, President Trump and apparently drew criticism from Mueller for its misleading nature. Barr disputed a report by Justice Department Inspector General Michael Horowitz that exonerated the DOJ of wrongdoing in the Russia investigation but he provided no evidence of a conspiracy against Trump. Barr also pushed the unconstitutional idea of an unaccountable chief executive at the expense of congressional power.

To a great extent, Bill Barr covered for Donald Trump and enabled the former president’s ability to abuse his office. But then, one day last December, Barr found a line that he would not cross.

Per the Atlantic piece, which is based in part on interviews with Barr, on December 1, 2020, Barr met with an Associated Press reporter and told him, in a voice so low that he had to repeat himself, “To date, we have not seen fraud on a scale that could have affected a different outcome in the election.” This simple statement blew a hole in President Trump’s claims of massive fraud, claims that Trump is still clinging to today.

Barr also told the Atlantic that Mitch McConnell had been urging him to speak out with the truth about the election. Never mind that McConnell was not speaking out himself.

In Barr’s telling, which is credible on this point because it was reportedly confirmed by McConnell, the then-majority leader was focused on maintaining control of the Senate by winning the Georgia runoffs. This required making the argument that the two seats were needed to check the Biden Administration. The problem was that Republicans couldn’t follow this strategy without undercutting Trump’s claims about the election. If they crossed Trump, they fully expected him to sabotage the Senate races.

In an apparent first, Barr quietly ordered the Justice Department to investigate “substantial allegations” of voting irregularities before the election results were certified. Barr says he did this so that he would be able to explain to Trump that the allegations were unfounded.

“My attitude was: It was put-up or shut-up time,” Barr said. “If there was evidence of fraud, I had no motive to suppress it. But my suspicion all the way along was that there was nothing there. It was all bullshit.”

If you haven’t read the Atlantic piece, you should, even if only for Barr’s description of the epic meltdown when Trump confronted him about the December AP article. Trump allegedly referred to himself in the third person and hurled profanities at his AG for disloyalty. Barr compares the former president in that moment to Gen. Jack D. Ripper in the classic film Dr. Strangelove, the same movie which gave us the line “There’s no fighting in the war room!” and let us see Slim Pickens riding a nuclear bomb.If you aren’t familiar with the scene in question, you can watch it below, but you should really watch the full movie if you’ve never seen it.

I won’t repeat the entire passage here, but one passage is enlightening. Barr says that he told the president, “You know, you only have five weeks, Mr. President, after an election to make legal challenges. This would have taken a crackerjack team with a really coherent and disciplined strategy. Instead, you have a clown show. No self-respecting lawyer is going anywhere near it. It’s just a joke. That’s why you are where you are.”

I’m left wondering how Barr would have reacted if the president did have a “crackerjack” team rather than a “clown show.” Would the facts of the case still have mattered or would Barr have shaded the truth as he did in covering the president in the wake of the Mueller report? Did Barr reach his line because Trump’s attempt to steal the election was based on transparent lies or would he have balked at stealing the election even if it was possible to do so? That may seem like an unfair question, but it is Barr’s own actions that make it relevant.

For that matter, how far was McConnell willing to go? The Senate majority leader does have a duty to help his party gain seats in Congress, but he also has a higher duty to the Constitution. Would McConnell have continued to stand by and offer only tepid statements if it had looked possible that Trump would be able to overturn the results of the election? I’m afraid that I know the answer to that.

One of the most disturbing aspects of the Trump era is how quickly and completely so many Republican officials, both elected and appointed, were corrupted by the former president and his base. For every person who tried to hold the line against Trumpian corruption, there seems to have been more who were more loyal to Trump than the country or who lacked the courage to blow the whistle on the corruption.

And for good reason. People like Lt. Col. Alexander Vindman, former Inspector General for the Intelligence Community Michael Atkinson, and even John Bolton who crossed Donald Trump or tried to hold him accountable generally saw their careers ending quickly as they were replaced by yes-men.

In the end, I’m left with the impression that Barr was bent but not broken. He allowed himself to be compromised by his loyalty to Donald Trump but only to a point. As I wrote last December after his break with the president, “Attorney General Barr seems to have had a limit to how far he would go to be a ‘wingman’ for President Trump. In the end, he chose to follow the law and do his job honestly. Americans should honor him for that.”

Bill Barr was not a model attorney general before December, but thank goodness he stepped up to tell the truth when he did. Honesty is better discovered late than never.