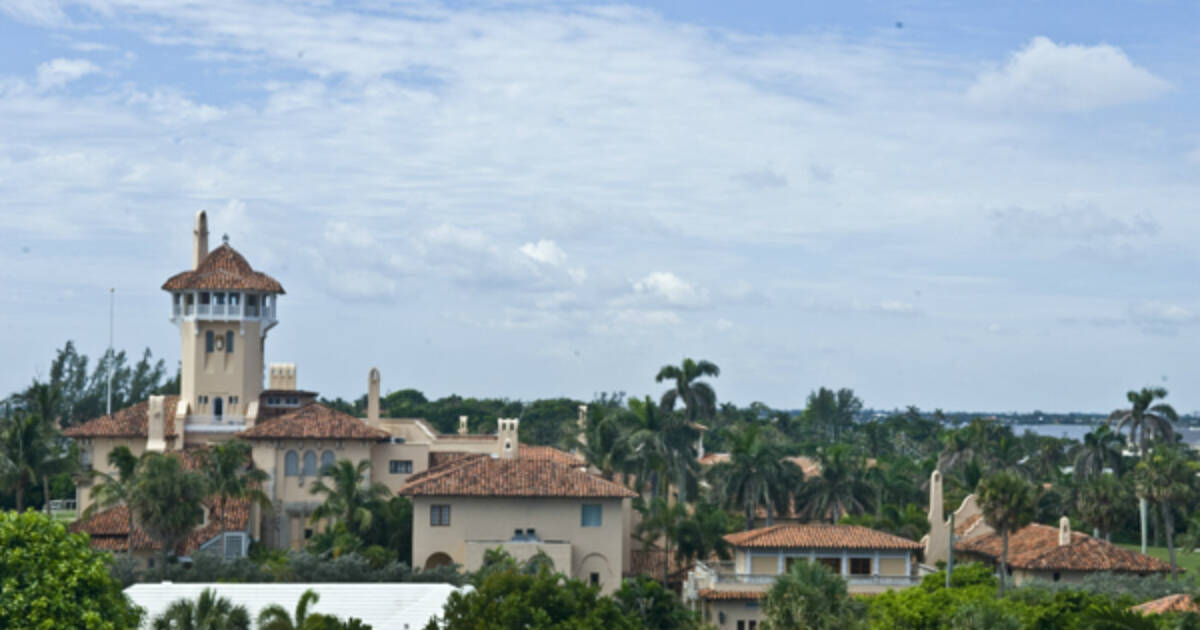 An FBI raid on a former (or sitting) president is unprecedented in my lifetime with the possible exception of Richard Nixon. At best, we’re talking about a 50-year event and one that has ignited outrage from the MAGA world.

First, the facts. On Monday, at 6:36 pm, Peter Schorsch, a Florida political journalist, tweeted that the FBI executed a search warrant on Mar-A-Lago, The Former Guy’s resort/home in West Palm Beach. Shortly after, The Former Guy released a ranting statement that called the raid “unannounced” and “political persecution.” The search apparently began at about 9 am.

“These are dark times for our Nation,” Trump said in the statement, once again confusing himself for the nation.

So far, the Justice Department and the FBI have not responded to questions about the raid and have not released the warrants. The New York Times and Washington Post have cited sources who say that the search warrant was based on allegations that Trump mishandled classified documents and unlawfully removed documents to Mar-A-Lago that were required to be sent to the National Archives.

You may remember that this scandal broke back in February along with the report that Trump allegedly flushed documents down the White House toilets. (Coincidentally, before the raid photos were posted to Twitter that purportedly show ripped-up documents in Trump’s handwriting in a toilet.) A Washington Post report from the time claimed that Trump removed 15 boxes marked “classified” and “top secret” to Mar-A-Lago. Those 15 boxes were retrieved earlier this year by the National Archives. Trump claimed to be under “no obligation” to return the materials even though failing to turn them over to the National Archives was a clear violation of the Presidential Records Act.

There is not a lot of information at this point, but I think it’s safe to make several assumptions. First, we know that the FBI had a warrant for the search. We can assume that the information contained in the warrant is pretty solid. A raid on a former president’s residence is politically explosive. For a judge to sign off on such a warrant, all the “i’s” would have to be dotted and the “t’s” crossed.

This is especially true after the controversial sloppiness of previous Trump-related investigations. An inspector general investigation into the warrants related to the Crossfire Hurricane investigations to several Trump associates (but not Trump himself) contained errors, omissions, and misstatements. The report stopped short of saying that these problems were material to the warrants or constituted criminal misbehavior on the part of the FBI.

However, because of the black eye suffered by the agency over Crossfire Hurricane, it seems likely that the FBI would be much more careful in obtaining and executing the current warrant. To assume that because warrants eight years ago were questionable that the current warrant is flawed is to assume that the FBI learned nothing from the experience. It also assumes that the Trump Administration did nothing to “drain the swamp” and change the culture of the FBI. In fact, the current FBI director, Christopher Wray, was appointed by… (wait for it)… Donald Trump.

We can also assume that the evidence of Trump’s wrongdoing was sufficient enough to warrant the public outrage and political explosion that it will cause. Let’s face it. Justice is not blind. There are political considerations in raiding the home of a former president and potential 2024 candidate. This is not going to be about unpaid parking tickets.

A Lawfare post from earlier this year details the provisions of the Presidential Records Act and points out that there are potentially several felonies involved with the destruction of White House documents. These include the destruction of federal property, removing or destroying public records, and obstructing congressional investigations.

What is not clear is that the raid had any relation to the former president’s attempt to steal the 2020 election and obstruct congressional proceedings on January 6. At present, we don’t know what records were stolen or destroyed and we don’t know what time period the records covered. It is not impossible, however, that at least some of the records that might have been seized at Mar-A-Lago contain details of Donald Trump’s communications with rally planners in the days, weeks, and months leading up to January 6. If so, the seizure could provide more threads for the Justice Department and the January 6 committee to follow.

Interestingly, despite the hysteria and claims of political harassment by the Biden Administration, Politico reports that the Biden White House did not have advance notice of the raid. The president and his advisors reportedly found out in real-time as the news broke on Twitter. This is appropriate given that the president should not be interfering in ongoing investigations by either pushing them forward or obstructing them.

From the other side of the aisle, Republicans are not waiting to see what evidence the FBI has against Trump. House Minority Leader Kevin McCarthy tweeted that he has “seen enough” despite having seen nothing beyond news coverage and is calling for an investigation of the raid. Already, some Republicans, like Marjorie Taylor Greene, Lauren Boebert, and Paul Gosar have already called on Congress to defund the FBI. So much for backing the blue.

Others are claiming that an FBI raid on a former president means that ordinary Americans should fear the FBI. Yet the truth is that that the FBI seems to have followed the law and had a judge sign off on a search warrant.

The real question is whether former presidents should be held accountable when they break the law. Those who dispute the validity of the raid are really saying that political figures – at least the ones they like – should be above the law.

I am 100 percent certain that a large share of the Republicans who are virtue-signaling outrage about the raid are breathing a sigh of relief. These are the cowards who privately criticize Trump but are publicly afraid to cross him. They secretly hope that the DOJ will solve their Trump problem even as they attack the FBI to stir up support from the Republican base. This is a dangerous game.

As I’ve said for years, predating the Trump Administration, public officials need to be held accountable when they break the law. (Actually, I think they should be held to a higher standard when possible.) They shouldn’t be given a pass just because we like their politics. Doing so endangers the rule of law and the equal protection doctrine that is the foundation of our Republic.

Republicans failed to hold Donald Trump accountable through two impeachments and several congressional investigations. Giving The Former Guy pass after pass only encouraged him towards even greater abuses of power. Failing to hold him accountable in the early days led directly to yesterday’s FBI raid.

It is unfortunate that we need to execute search warrants on a former president. The coming days and months won’t be pretty as Trump’s supporters deny the former president’s bad behavior and possibly become violent (again). There are tense days ahead.

Pursuing the evidence against Trump is necessary, however. The alternative, which would encourage lawless behavior by other presidents, would be far worse. Sometimes presidents have to be reminded that they are not above the law. That’s the case here.