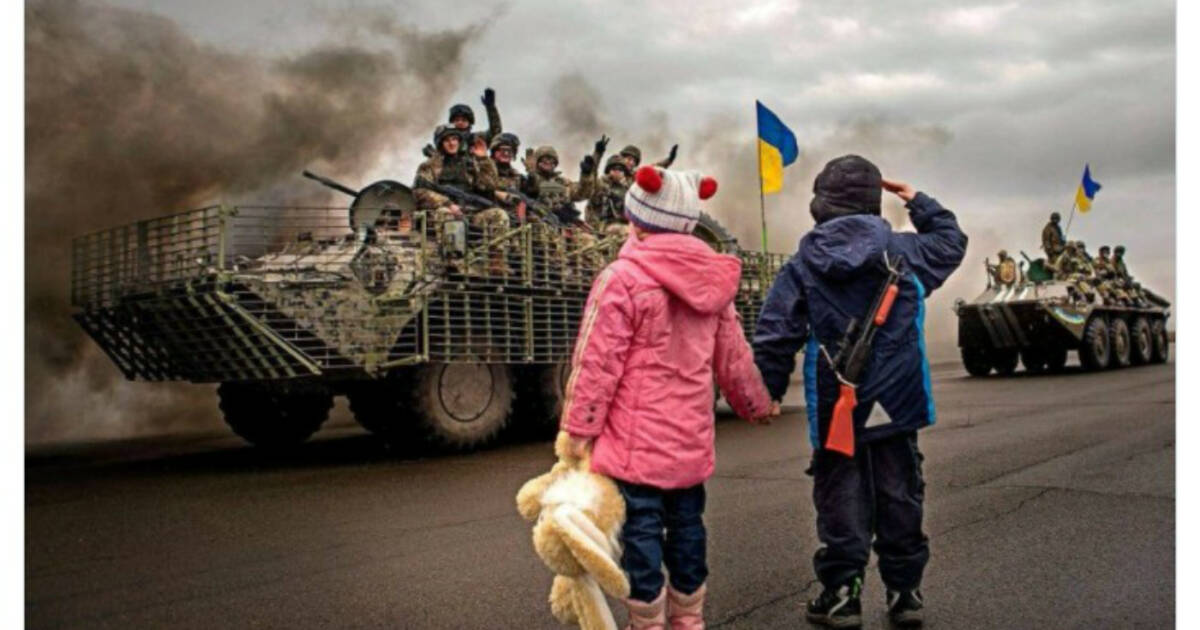 The best-laid plans of mice and men often go awry. This week, Vladimir Putin seems to be getting some first-hand experience in plans going awry.

After what the world thought would be a quick invasion and occupation of Ukraine began on Thursday, Russian advances quickly bogged down. In four days of fighting, the Russian army has still not been able to capture the Ukrainian capital of Kyiv although they have reached the city’s suburbs.

Around the internet, there are videos of burned-out Russian armored columns and other Russian vehicles that have reportedly run out of gas, some abandoned and some with soldiers nearby being taunted by Ukrainian civilians. Ukraine has reportedly captured hundreds of Russian soldiers and has both set up a hotline for concerned parents to call the Ministry of Defense and allowed POWs to call home. Some captured Russians claimed that they were told that they were being sent on a training mission, not going to war.

Ukraine is winning the propaganda war online, but what about the actual war in the field? The situation is confused, but it is generally agreed that the Russians have been confined to occupying narrow slivers of territory near Ukraine’s borders. LiveUAmap.com shows Russian-controlled territory as well as updates on reports from the various fronts.

We do know one thing for sure and that is that Kyiv remains in Ukrainian hands despite nightly shelling and airstrikes and Russian columns approaching from several directions. Ukrainian news reported on Saturday that there were heavy Russian losses at Hostomel airport to the north of the city where a Russian general commanding an elite unit was among the dead.

Senator Marco Rubio tweeted on Saturday night that US intelligence had learned the Russian objectives for the invasion. Four days into the war, none of the goals have been met.

For those interested in the root causes of Russia’s military difficulties, another Twitter thread by Stanimir Dobrev of International Review gives some background. The answer lies in poor planning, untested and untrained troops, bad strategy, and corruption among other things.

The news from the rear has not been any better for Russia. World opinion has swiftly turned against Vladimir Putin and his invaders. One of the first notable cracks in the small pro-Russia bloc was when China, Russia’s new strategic partner, issued a statement saying that Ukraine’s sovereignty should be respected.

“China firmly advocates respecting and safeguarding the sovereignty and territorial integrity of all countries, Chinese Foreign Minister Wang Yi said in a statement. “This equally applies to the Ukraine issue.”

In another blow to the Russian homefront, the White House and the EU announced the expulsion of some Russian banks from the international SWIFT financial communications network. The decision comes as sanctions mount and Russia becomes more and more isolated. When world financial markets open on Monday, there is a good chance that the ruble and Russian stocks will collapse.

If Mr. Putin thought that the world would stand aside as his armies rolled over Ukraine, he was mistaken. Far from fracturing NATO, the alliance seems stronger than ever. NATO is deploying new ground and air forces to surrounding countries and member nations are shipping arms to Ukraine’s defenders. The Biden Administration approved $350 million in aid that will include Javelin anti-tank missiles and Stinger anti-aircraft missiles. The Baltic states, NATO members and probably high on Putin’s target list themselves, are sending additional missiles as well. Even the Germans are getting into the act, reversing a long policy against sending weapons to conflict zones.

On top of all that, stopping the expansion of NATO was one of Putin’s primary war aims. His rash action may have been counterproductive on that point. Russia cautioned Finland and Sweden against joining the alliance, but the two nations brushed off the warning. Both countries already cooperate closely with NATO. Assuming that Ukraine survives as an independent nation with a government that is not run by Russian proxies, I think that there is a high probability that it will be admitted to the alliance after the war.

No matter how bad it looks online, Russia could still pull off a victory. In a conventional war, resources like men and material carry a lot of weight. Russia has a significant edge on both. Although Ukrainian morale and motivation are high, Russia’s advantage in numbers could carry the day. I’ve assumed from Day One that Kyiv would fall and US intelligence has warned that this could happen within days.

Stagnant fronts run the risk of leading the Russians to escalate. Thus far, the Russians seem to have tried to avoid civilian casualties and wanton destruction, but as they become desperate to make gains, that may change. This could take the shape of more indiscriminate airstrikes or the use of thermobaric rockets, weapons that were used in Chechnya and that are devastating in an urban setting.

The fall of Kyiv and even the occupation of the entire country wouldn’t necessarily mean the end of the war. The fighting spirit of the Ukrainians would probably mean a long and difficult occupation for the Russians. A puppet regime would also have problems.

Until it declared independence in 1991, Ukraine has been dominated by Russia for hundreds of years with the exception of a few even darker years when it was dominated by Nazi Germany. It looks to me as though the people there are tired of being under the thumb of authoritarians. Ukrainians seem more than willing to die for their country… and to kill for it.