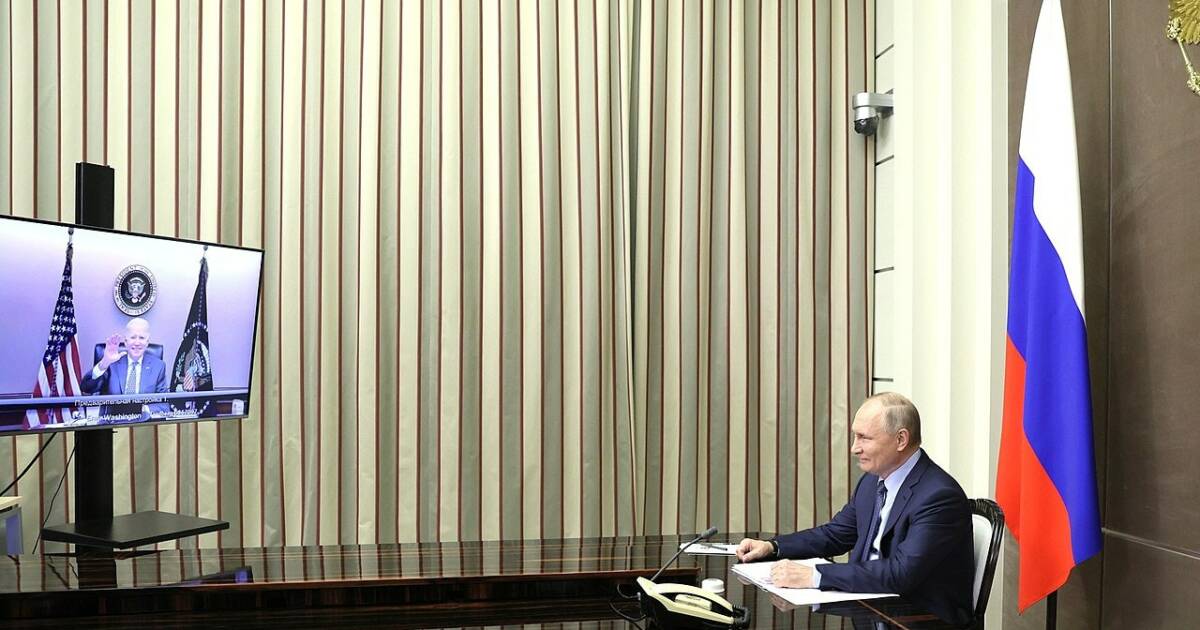 If the phrase “Gog of Magog” doesn’t sound familiar to you, I’m sure that you aren’t alone. It comes from a rather obscure Biblical prophecy found in chapter 38 of Ezekiel. Ezekiel 38:2-4 contains a description of Gog:

“Son of man, set your face against Gog, of the land of Magog, the chief prince of Meshek and Tubal; prophesy against him and say: ‘This is what the Sovereign Lord says: I am against you, Gog, chief prince of Meshek and Tubal. I will turn you around, put hooks in your jaws and bring you out with your whole army—your horses, your horsemen fully armed, and a great horde with large and small shields, all of them brandishing their swords.”

The prophecy is obscure for a couple of reasons. First, it isn’t one of the more well-known Biblical prophecies, but it also isn’t clear as to what it means or who Gog is. The reason that I thought about it yesterday was that Russian aggression is once again in the news, and many Biblical scholars think that the prophecy may point towards a latter-day confrontation between Russia and Israel.

Back in 2008, I wrote a blog post that describes the theology and scholarship regarding Gog of Magog. Suffice it to say that clues in the passage above point towards Russia as the home of Gog of Magog, whoever he might be. The entire prophecy speaks of an alliance that Gog will lead against Israel in a war that many theologians believe will take place prior to the end-time events of the Revelation that most of us are familiar with.

My purpose here is not to speculate that Vladimir Putin is Gog and that he will veer south to attack Israel at some point (although that was on my mind in 2008). I think that there is way too much twisting of prophecy in an attempt to make it fit the events of the day. I’ve gotten to the point where I think a lot of the church is like the ancient Israelites who read so much into the prophecies and had so many expectations of how they would be fulfilled, that they didn’t recognize it when prophecy was unveiled before their eyes. In my opinion, it doesn’t pay to be dogmatic about how prophecy will be fulfilled.

Rather, the thought that I had as I walked was that it was curious that so many evangelicals seem to be enamored with Vladimir Putin when Russia has traditionally been on the wrong side of end-time events according to our interpretations of eschatology.

Like a lot of other Christians, I developed an intense interest in eschatology in the 1990s as I read Tim LaHaye and Jerry Jenkins’s “Left Behind” series. My curiosity inspired me to dig deeper and I ended up reading a lot of books about prophecy. The authors of a lot of these books, including LaHaye, Joel Rosenberg, and John Hagee, identified the Gog prophecy with Russia. Even the Rapture Ready Index, a three-decades-old compilation of factors believed to be associated with the end times, equates Gog with Russia (the index currently stands only three points below its all-time high from 2016).

Given the prevailing view among evangelicals that Russia will one day attack Israel and incur God’s wrath, I had to wonder why it was that so many conservative Christian Americans are sympathetic to Putin’s Russia. After all, prophecy aside, there are many reasons to keep your distance from Putin, both metaphorically and literally speaking. The guy is a former KGB officer, he has started three wars, and people who criticize him tend to turn up dead or disappear into whatever they call the gulags these days.

Frankly, I don’t have a good answer, although I could offer some theories. The most obvious is the ongoing political realignment that I wrote about earlier this week in which the Republican Party, at least partly led by Donald Trump, moves towards a more pro-Russia position. Some might also view Putin as God’s instrument after Russia meddling in the 2016 election put Trump over the top. Less obvious is the Matthew 24:24 possibility (or warning) that Christians can be deceived by false prophets.

One thing that I don’t see evidence for is the idea that Christian supporters of Putin are purposely trying to speed up the end-times timeline by helping prophecy along. While this is an occasional trope in books and films, I’ve never seen anyone with this attitude in the church. These people may exist, but they aren’t common.

If anything, I’d say that more Christians would be the opposite. The fears about implanted chips, cashless transactions, and the Mark of the Beast, not to mention the whole idea of Making America Great Again, seem to indicate a belief that political action might delay the Second Coming. (I also find it curious that so many Christians seem to be preparing to live through the Tribulation when most evangelicals believe in a pre-Tribulation rapture, but I digress.)

In reality, God is going to work on God’s timeline. Nothing man can do is going to speed up or delay his ultimate plan. It will happen when it happens and it will come like a “thief in the night.”

At any rate, the whole matter is curious and seems to reflect a shift in thinking among evangelicals about the end-times and Russia’s (or at least Putin’s) role in prophecy.

In the end, we don’t know for certain that the Gog prophecy has anything to do with Russia, but we also don’t know that it doesn’t. When in doubt, don’t trust former members of the KGB.

st TV contributor network is a place for vibrant thought and ideas. Opinions expressed here do not necessarily reflect those of The First or The First TV. We want to foster dialogue, create conversation, and debate ideas. See something you like or don’t like? Reach out to the author or to us at ideas@thefirsttv.com.