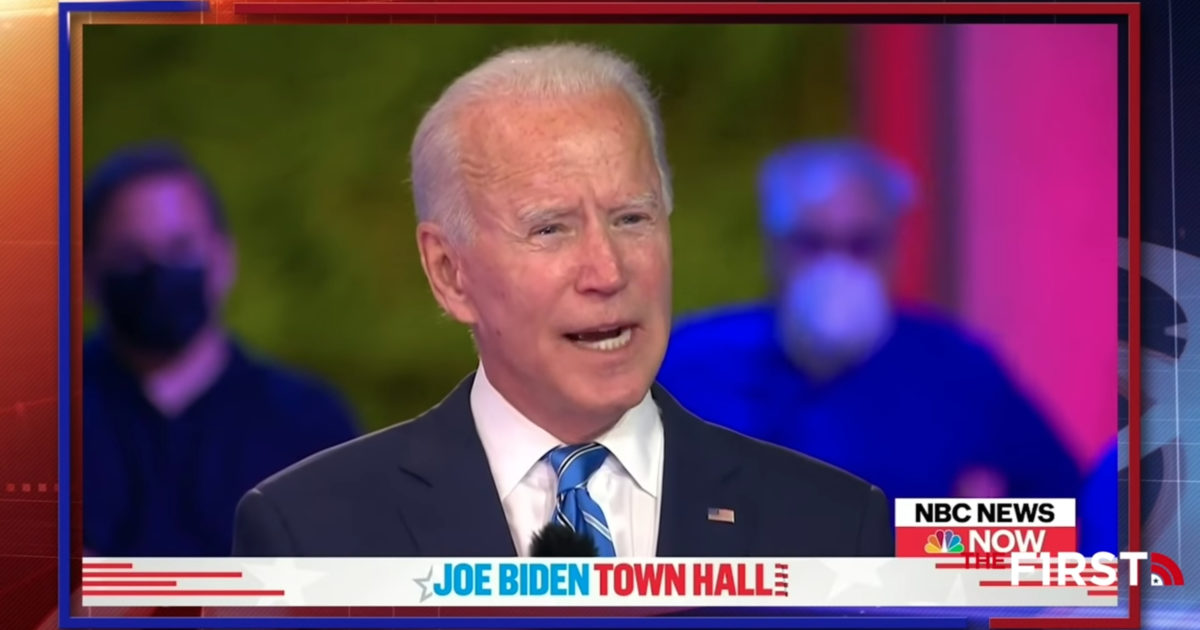 Bill O’Reilly said Tuesday that “nobody watched” Joe Biden’s town hall on MSNBC this week but he did catch one blatant lie that Biden told about the Trump family and he had the evidence to back it up.

He showed viewers a clip from the televised event in which Biden said, “It was a little disconcerting to look out and see that [Trump’s] whole section– no one had masks on…”

O’Reilly debunked this claim by providing the footage of the Trumps walking into the debate with masks on. Bill also called out one more lie Biden told that same night.

Bill asked, are we at the point where Biden feels comfortable saying whatever he wants because he knows he won’t be challenged?