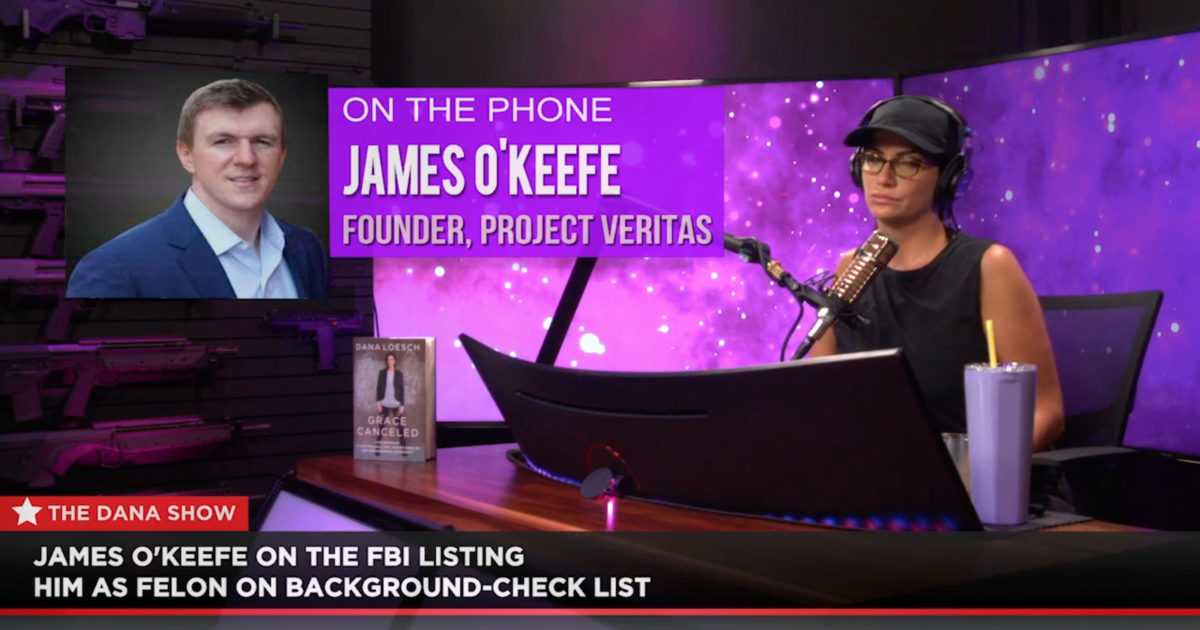 Project Veritas founder James O’Keefe is suing the FBI after he was turned away from a gun purchase due to his being placed on a watch-list intended for convicted felons, which he is not.

James broke the news to Dana Loesch on Monday saying, “Congress has abdicated its responsibility to the so-called administrative state.”

O’Keefe clarified that he has never been even charged with a felony, much less convicted of one! James told Dana that “Patriots need to rise together and do something” to fight back against the tyranny of unelected bureaucrats.

He also shared the shocking story of what happened to him while trying to cross the border four years ago.