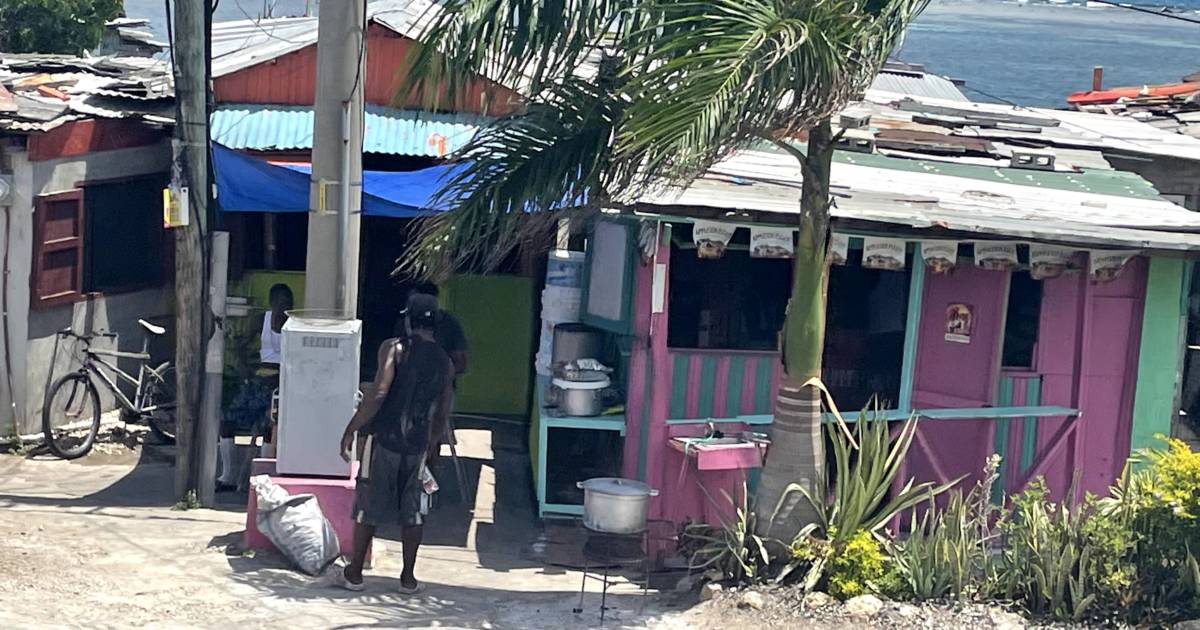 After the pandemic canceled our plans last year, we decided to step out on faith and book a Caribbean vacation in Jamaica. As a kid, my family did a lot of traveling, mostly within the US, but my kids have not had the same opportunity. As I’ve taken jobs that were distant from our families, we have used a lot of vacation time to bring my kids and their grandparents together. I don’t regret that, but I did want to give them a memorable vacation now that we live within easy driving distance of both sets of grands and can see them more often.

Another limiting factor was airfare. Moving the four members of my family about the world by airline is not cheap. Even though I’m a pilot, I fly privately for a corporate flight department so we no longer get the “nonrevenue space-available” benefits that I did as an airline employee. We have to save money and look for deals like everyone else.

So, as my son approaches the end of his high school career and the uncertainty that comes with that, we wanted to seize the moment for a bucket list vacation. COVID-19 put a crimp in some of the activities but we had a great week.

Travel outside the US is possible, but it can be nerve-wracking. To go to Jamaica, you have to submit a negative COVID test taken with three days of travel. Even then, Jamaica considers Americans to be high-risk and “quarantines” such visitors to tourist zones. Additionally, there are mask mandates, sanitizer stations, and social distancing. We had our temperatures checked before we could check in to the hotel and there was even a masked and gloved elevator attendant in the hotel whose job was to press the elevator buttons at the main floor elevator bank. He didn’t ride in the elevator but did disinfect the buttons when cars returned to the main floor. Virtually everywhere we went, a worker disinfected our hands before we were allowed to enter. Most members of the hotel staff wore face shields in addition to masks.

Even more nerve-wracking, the US requires another negative COVID test to return home. This test also must be taken within three days of travel. If you test positive, you have to quarantine before returning. Our hotel offered both in-house testing and an optional “insurance” policy to guests, which stipulated that they could get a discounted room rate for the two-week quarantine period in the event of a positive test result.

I wouldn’t say that I’ve traveled to other countries extensively, but I have visited quite a few international destinations, mostly as a flight crewmember, which is a bit different than traveling with your family. However, I’ve never been outside the country and been in a situation where there was any serioous doubt that I could get back into the US. It is a very different feeling to be outside the country and know that there is a very real possibility that you might get stuck there.

So, yes, faith was involved in this trip. Both faith in God and faith in the vaccines. My entire family, including my kids, has now been vaccinated and I would not have made this trip otherwise. We didn’t even buy into the hotel’s insurance since the vaccines are so reliable.

As I mentioned on Twitter a few days ago, we had a conversation one night with a fellow self-identified “Christian conservative” who quickly revealed that she was not a fan of Dr. Fauci. I ducked the political argument that came with that, but she did ask me why I decided to get the vaccine.

I told her that for me, there was never any question about getting the vaccine. I trust the vaccine approval and testing process and, based on people I know who have had serious and sometimes fatal cases of COVID-19, I was much more concerned with the virus than I was with the vaccine (which was not at all). Even if the virus didn’t kill me or my family, it could put me out of work for weeks or it could take months for me to return to normal like my friend, Ed Willing. I view vaccines as gifts from God to help us alleviate suffering rather than some sinister plot.

Even though I’m a believer in Jesus, God, and Heaven, I do enjoy my life and want to be around to see my kids grow up and have kids of their own. Although I hope to get to Heaven one day, I’m not in a hurry to get there as some people seem to be. I remember one preacher who quipped that some Christians are so heavenly-minded that they are no earthly good.

The Bible tells us, in both the Old and New Testaments, not to put God to the test. When I see some Christians refusing vaccines and masks and throwing caution to the wind in the belief that God will protect them, it reminds me of the old joke about the guy in the flood.

The man hears the flood evacuation warnings and says, “I’m not leaving. God will provide for me.”

The water starts rising and an emergency worker on a boat comes by and tries to evacuate the man. The man refuses, saying, “God will provide for me.”

The water rises higher. The man retreats to the second floor of his house and another boat comes by. Again, the man refuses evacuation and says, “I trust that God will provide for me.”

The water keeps rising and the man climbs on the roof. A helicopter spots him there and swoops down to pick him up. For the third time, the man says, “I’m not leaving. God will save me.”

The water keeps rising and the man finally drowns. When he gets to Heaven, he complains to God, “Lord, I trusted you. I had faith that you would save me, but I drowned. Why did you let that happen?”

God replies, “ Well, I sent you two boats and a helicopter.”

Scientific and medical knowledge is exactly like that. Nowhere in the Bible does it tell us to refuse medical treatment. Rather, there is a multitude of Bible verses that support the use of medicines and doctors. For much of history, Christian physicians and scientists have used medical science to save lives and spread the Gospel. That’s still true for many believing doctors and scientists today. It is a different subset of Christians that now embrace conspiracy theories and view medicine and doctors as evil.

The people of Jamaica that we encountered did not view vaccines as evil. They want to get vaccinated. As residents of a poor country that is dependent upon tourism, they understand the value of having a way to stop the pandemic in its tracks. Admittedly, the evidence is anecdotal, but the only evidence I saw of conspiracy-mindedness came from our fellow American guests.

And the Jamaicans have good reasons for wanting to be vaccinated. While we here in America tend to think of the pandemic in the past tense already, other countries where vaccines are not so plentiful are still in the grip of the virus. Even as cases and deaths recede in the US, the number of known Coronavirus deaths around the world in 2021 has already exceeded the total for 2020.

The fact that Jamaica is a poor country may also help to focus the mind. The cinderblock shacks and tin roofs may be picturesque and quaint, but I’m not sure that Jamaica is where you’d want to be hospitalized with a serious case of COVID-19.

The wealth gap between many native Jamaicans and their foreign guests is also something that Americans should see. On my travels, I’ve seen how locals live in quite a few countries and it is true that being poor in America is a lot different from being poor elsewhere. It’s easy to understand why so many people want to come to America when you see the poverty in which some people in other countries live. The wealth of American and European visitors must provoke some jealousy, but at the same time, those tourist dollars help Jamaicans to raise their own standard of living.

I think it would benefit many Americans to see more of what other countries are like as well as interact with their people. When you meet foreigners, you realize that they are not all rapists, robbers, murderers, drug dealers, and gang members. Whether inside or outside the US, many non-Americans are very fine people. People are basically the same wherever you go. They can be good, bad and indifferent.

The only bad experience that we had occurred at the airport as we were leaving. The man in front of us in the line at seemed to be having a hard time. Then all of a sudden, he bolted towards a trash can. Before he got there, he started vomiting. After having stood next to him, we simultaneously recoiled like a family of vampires seeing the sun.

We don’t know that the man had COVID. We also don’t know that he didn’t. We didn’t observe any other symptoms such as coughing, but you never want to stand next to a stranger who is suddenly throwing up. That goes double during a pandemic.

Thank God for vaccines. Instead of being seriously worried that we had just been exposed to a deadly virus, we were mildly inconvenienced.

[Note: I don’t know what happened to the guy who vomited. He was on a different flight and we heard that he had already missed it when we saw him.]