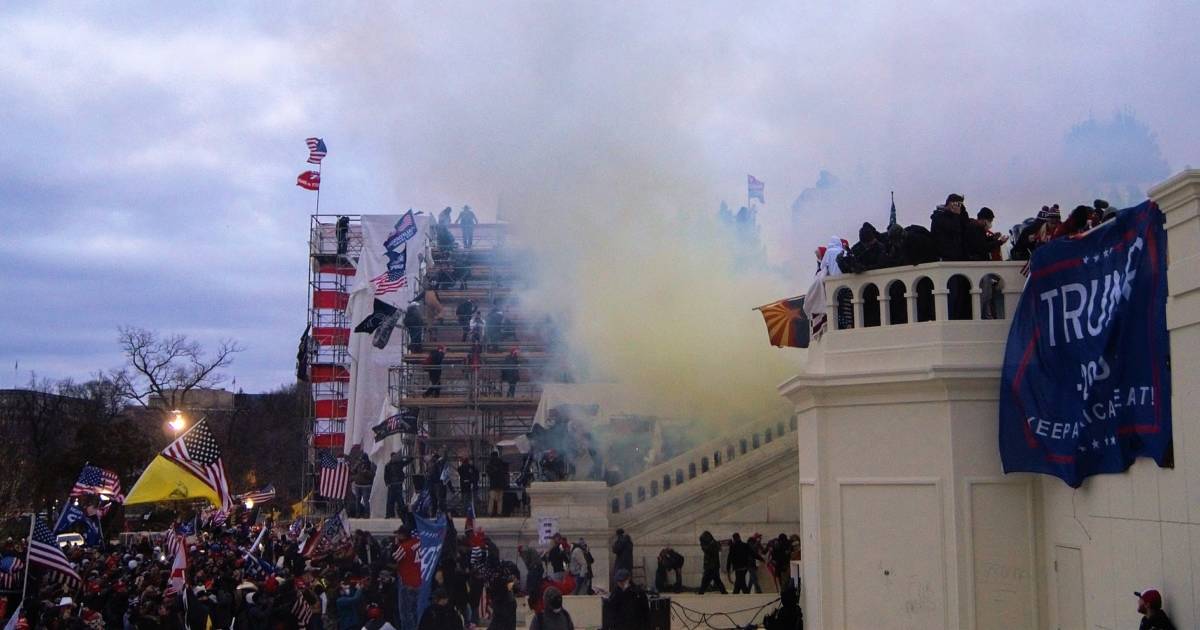 A few weeks ago, congressional Republicans shot down the proposed independent investigation of the events of January 6. At the time, I argued that an objective investigation into the events of January 6 was sorely needed and that Republicans should get on board or risk getting left behind. Now, it seems that the train is about to leave the station without the GOP on board.

In an entirely predictable move, Speaker Nancy Pelosi has introduced legislation in the House that would create a select committee to investigate the riot and attack on the Capitol. The committee would consist of 13 members, “5 of whom shall be appointed after consultation with the minority leader.” This is a worse deal for the Republicans than the proposed independent commission, which would have consisted of 10 members and been evenly split between the two parties.

Granted, the previous proposal did not give Republicans everything they wanted, but it did give them more than Ms. Pelosi’s unilateral proposal. The Republicans had a choice between a bad deal now or a worse deal later. They took the latter and now must live with their decision.

In yet another twist, Pelosi has said that she is “seriously considering” naming a Republican as one of her eight appointments to the committee. This would seem to narrow the Democratic advantage, but if Minority Leader Kevin McCarthy appoints MAGA loyalists – or boycotts the committee entirely – Pelosi’s appointment of someone like Adam Kinzinger (R-Ill.) or Liz Cheney (R-Wy.) would actually create a third and smaller faction that would not necessarily agree with either major faction.

If Pelosi goes through with the House investigation, she should absolutely appoint an objective Republican (or two) to offset the partisan Republicans likely to be appointed by McCarthy. Many of us felt that Pelosi erred by not including Trump-critical Republicans on the impeachment committees, but perhaps she has learned from those past mistakes.

There is nothing unconstitutional or inherently wrong with the idea of an investigation into the attack on the Capitol. Over the past few years, we have seen a number of investigations into wrongdoing by both parties. These include Benghazi, Fast and Furious, Solyndra, Hillary Clinton, Russia’s election interference, and Trump’s dealings with Ukraine. I think it is fair to say that none of these incidents were as threatening to American democracy as an insurrection designed to steal a presidential election. It isn’t unfair to point out that if Republicans really thought BLM and Antifa were behind the assault on the Capitol, they would have no problem with an investigation.

It’s true that Republicans would likely find an independent commission report used against them, but this was a result of having the facts against them rather than being the victims of partisanship. Using the ostrich strategy of sticking their collective head into the ground is not making the reality of the insurrection go away.

The fact is that the Republican Party and quite a few of its elected officials are hip-deep in blame for insurrection. That obviously includes Donald Trump but also extends to Reps. Andy Biggs (R-Ariz.), Mo Brooks (R-Ala.) and Paul A. Gosar (R-Ariz.) who allegedly helped to plan the Stop the Steal rally. There are also persistent rumors that Rep. Lauren Boebert (R-Col.), a congresswoman with QAnon ties, led a large group that may have included some rioters on a Capitol tour in the days before the insurrection. Boebert has denied these accusations.

The Republican error here is two-fold and that doesn’t even count losing control of the party to a conspiracy theorist and populist outsider. First, Republicans should have acknowledged that the insurrection was not going to simply go away and embraced an investigation that would have given them an almost equal say in the findings. With any luck, such an investigation would help traditional conservative Republicans purge the more radical elements from their party.

Second, Republicans forgot that the coverup is often worse than the underlying crime. In fighting the investigation, Republicans look as if they are circling the wagons to protect the guilty. That makes the Republican Party look guilty by association.

In many cases, scandals can be shortened or averted by an admission of guilt and a statement of contrition. The rule of thumb is that it is almost always best to get the bad news out quickly and then move past it.

That was never going to happen in this case. The insurrection and the conspiracies surrounding it are so complex and convoluted that such a move was never going to resolve this scandal. Republicans were always going to have to deal with a constant dripping of information over the next year or two as new revelations and indictments surface as we move toward a final report. Now, it looks as though Nancy Pelosi will control both the drip of information and the timing of the report’s release. That’s not a good position to be in.

If you think that I’m supportive of Nancy Pelosi’s House investigation, I’m really not. I do still believe that January 6 needs to be fully investigated, but a partisan investigation by House Democrats ranks at least third in my preferences. The best solution, even at this late date, would be for enough Republicans to come to grips with the need for an objective look into the insurrection that an independent commission could escape the filibuster. Since this requires 10 Republicans to buck Trump and McConnell, it pretty obviously is not going to happen. My second preference would be for the Justice Department to appoint a special counsel.

Obviously, the best way to investigate something as politically charged as the January 6 riots is with an objective and independent body. Republicans are already skeptical of the Justice Department and would definitely think the fix was in regarding a House investigation.

In a fallen world and an atmosphere of distrust on both sides, there is no perfect solution. However, if and when the Democrats launch a House investigation of the insurrection, we should all remember that Republicans had the opportunity for an equally divided commission which would have been much less partisan and they chose to reject that plan.

It is possible that the House can launch an objective and nonpartisan investigation of the facts of the case, but whether they will do so is an open question. There is also the question of whether Republicans will take the matter seriously, or knowing the facts are against them, simply choose to attack the proceedings as they did during President Trump’s impeachments.

That brings us to the one benefit that Republicans gain from a House investigation. If Republicans can claim that the investigation is a partisan sham then it much easier to ignore the fact of a dangerously radical segment within their base. This also means that they do not have to cross Donald Trump and anger the former president’s supporters.

And that may have been the plan all along.