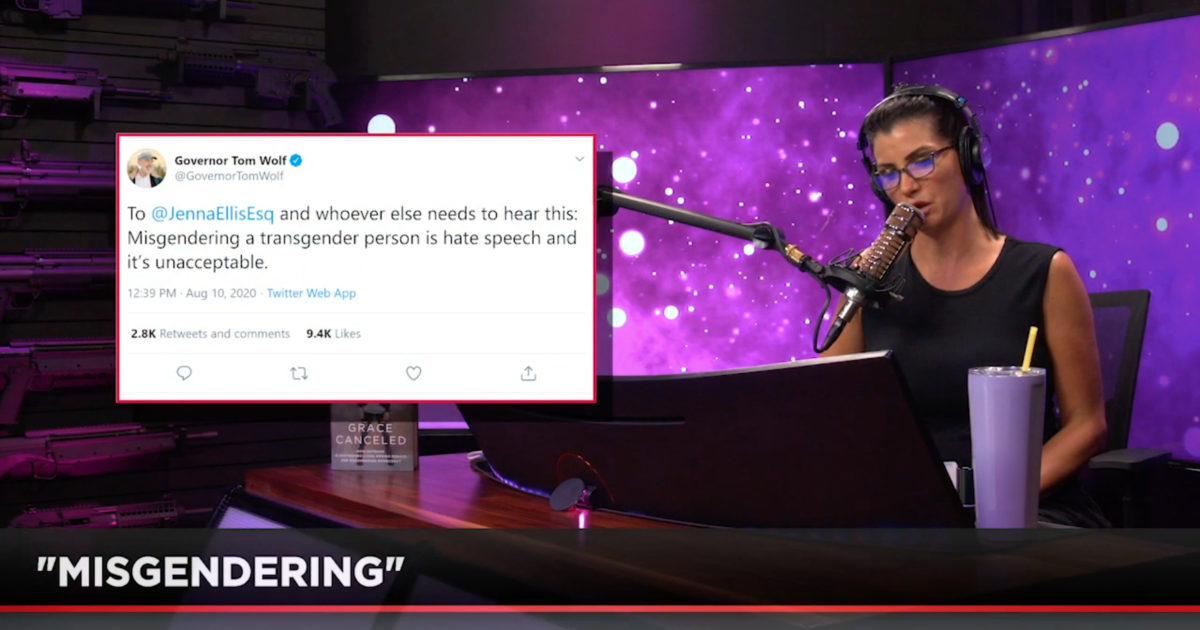 “Instead of focusing on the fact that two-thirds of Pennsylvania’s coronavirus deaths occurred in nursing homes on the orders of that guy and these people are more fake-outraged over ‘misgendering’ than they are that,” Dana said. “As a way of what, deflection?”

Loesch concluded the segment with an epic repudiation of the social justice warriors who expect complete submission to accommodate someone else’s choices. She went further, arguing that men have no right to try and “hijack” womanhood.