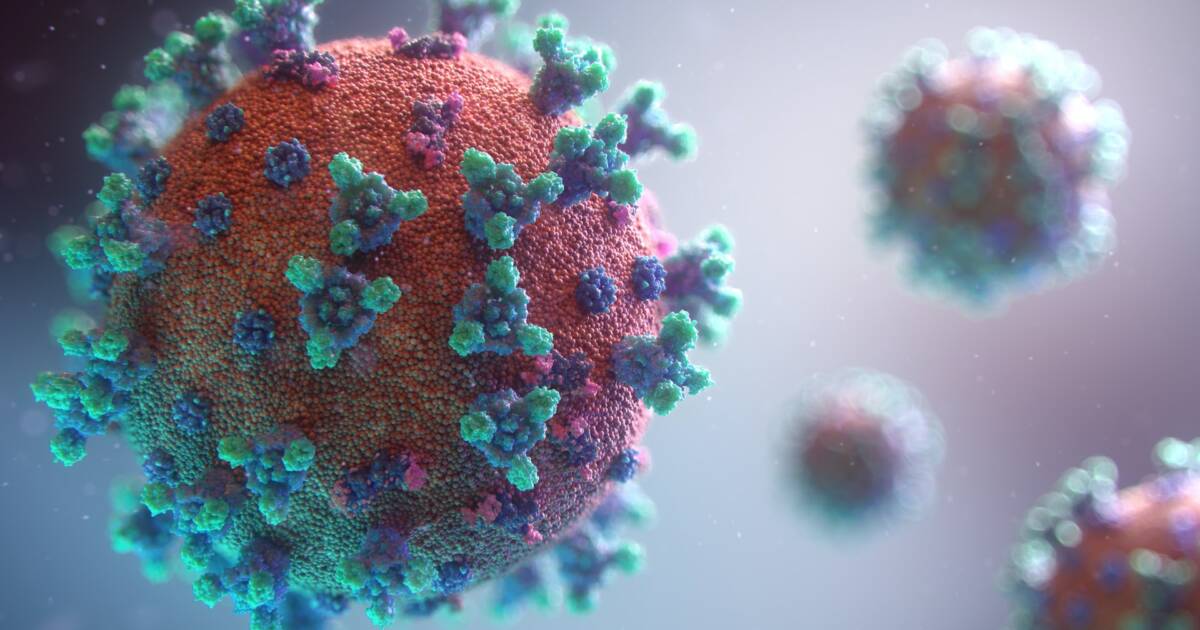 As we enter a second pandemic Christmas season, it appears that COVID-19 is the gift that keeps on giving. In case you’ve been unplugged over Thanksgiving, there is a new variant of concern that has emerged in South Africa. The new variant, dubbed Omicron after health authorities skipped the Greek letters “nu” and “xi” (to avoid confusion with the English word “new” in one case and the Chinese president in the other, as Steve Berman points out), sparked an online panic over the Black Friday weekend.

Numerous countries around the world are closing borders to travelers from Southern Africa and news organizations have seized upon the new variant as a major new story. But is it time to panic? What do we know about Omicron?

At this point, the answer is that we don’t know much.

There is both good news and bad news about Omicron. The panic relates to the fact that Omicron appears to be much more transmissible than previous COVID-19 variants. So far, the new version of the virus has been found in at least 13 countries since it was first identified on November 18. No cases have been identified in the US, but it is very possible that Omicron is here without having been detected. That’s the bad news.

The good news is that, unlike the Delta variant, which was both more transmissible and more severe, Omicron seems to cause mild symptoms in most patients.

Dr. Angelique Coetzee, chair of the South African Medical Association, told CNBC, “What we are seeing clinically in South Africa — and remember I’m at the epicenter of this where I’m practicing — is extremely mild, for us [these are] mild cases. We haven’t admitted anyone, I’ve spoken to other colleagues of mine and they give the same picture.”

There are still a lot of unknowns at this point. One of the big ones is whether current vaccines will be effective against Omicron. The new variant (although not the “nu” variant) reportedly has about 50 mutations, more than 30 of which are in the spike proteins which are targeted by COVID vaccine antibodies. There is speculation that the differences may be significant enough to stymie current vaccines.

An apparently genuine statement from Botswana’s COVID-19 Task Force notes a “preliminary” report that four cases of Omicron identified in that country were among “fully vaccinated” individuals. This is a data point that Omicron can breach vaccine defenses, but beyond that, it doesn’t really tell us much. After all, rare breakthrough cases were possible already.

Only about 29 percent of Botswana is fully vaccinated and the country has approved four different vaccines. In addition to Pfizer and Moderna that we are familiar with in the US, Botswana also uses Oxford/AstraZeneca and Covishield from the Serum Institute of India. It isn’t clear whether the four cases were really fully vaccinated and if they were, which vaccine or vaccines were used. Some vaccines might be more effective than others against Omicron.

It also isn’t clear whether Omicron’s milder symptoms could be attributed to the vaccines. It is well-documented that vaccines have reduced hospitalizations and deaths from COVID, even when there are breakthrough infections. The Deccan Herald reported that South African Health Minister Joe Phaahla said that vaccines still appeared to be effective at preventive severe cases of the new strain.

It is possible that if the new strain is being primarily seen in vaccinated individuals so far, then the severity reported could be artificially lower than it would be without a vaccine. It stands to reason that people who are vaccinated would have better access to health care and might be overrepresented among Omicron cases.

If Omicron can evade vaccines, it could also evade antibodies produced by COVID survivors. The WHO has warned about this possibility, saying that there may be a higher risk of reinfection from Omicron.

So far, we don’t have much data on the share of infections in vaccinated versus unvaccinated patients. Even if we did, there are too few known cases of Omicron to make a good statistical analysis. However, with Botswana and South Africa’s vaccination rates both at a low 29 percent, it is extremely likely that Omicron is spreading like wildfire. We will likely have a lot more data about transmissibility and severity very soon.

Vaccine manufacturers are already working to update their products against the new variant, and Moderna announced yesterday that an updated version of its vaccine could be ready in early 2022. One benefit of the mRNA vaccine technology is that it is very adaptable and allows for quick updates to address new variants. Updated vaccines can be designed in as little as six weeks and shipped in 100 days.

You might wonder why, if Omicron presents only mild symptoms, we should be concerned with vaccinations. There are at least two reasons to still take the variant seriously. The first is that other variants of COVID-19 can do long-term health damage even if symptoms are mild. We don’t yet know about the long-term hidden implications of an Omicron infection.

Second, Omicron is a mutation that seems, fortunately, to have become less virulent. But as Omicron spreads around the world, it will mutate further. If we don’t start to take treatments and vaccines seriously now, we have an unpleasant surprise in a few months if it mutates into a more dangerous strain.

So, what does all this mean for the economy? Well, we might get a break from high oil and gas prices. On Friday, oil prices fell 10 percent as traders speculated that the new variant would reduce demand. Prices are rebounding this morning, however, but we may see a slight dip in gas prices, especially since the Energy Information Administration was already predicting a decline in December. That’s the good news.

The bad news is that Omicron is unlikely to help alleviate the supply chain problems that have driven much of the inflationary pressure. A few days ago, CNBC reported that there was “significant progress” in reducing the backlog of ships off the California coast with the number of ships waiting to offload reduced to 61 from a record of 111 two weeks ago. However, if we start to see new closures of factories and ports due to Omicron, then those gains might be for nothing as new bottlenecks pop up.

In short, Omicron is here, but it is premature to panic about it. My best guess at this point is that current vaccines will provide at least some protection against Omicron, just as they did against Delta, which was also different from the Alpha variant on which the vaccines were based. Hopefully, there will be residual protection from previous vaccinations and infections that will prevent severe cases of Omicron.

And so far, if you do contract Omicron, it appears that symptoms are very mild. Again, I’m hoping that continues to be the case and that long-term health complications are also less of a factor with Omicron than with previous variants.

Omicron should not be taken lightly, but it also should not be a reason for panic. A more transmissible but less virulent strain of COVID-19 is not necessarily a bad thing. The mutation may well speed COVID-19 along its way to becoming endemic without adding to the already huge death toll. That seems to be how the 1918 flu pandemic ended, with the virus mutating to a less dangerous strain.

At least, the mutation isn’t a bad thing until the more frequent replications of the virus mutate into another strain that might be both more transmissible and more virulent. That has also occurred with the H1N1 flu virus that was responsible for the 1918 pandemic. The virus surfaced again and again causing pandemics in 1957, 1968, and 2009. But those pandemics were blunted by more advanced medical technology, including the flu vaccine.

Here’s hoping that the Coronavirus does not mutate into a more dangerous variant anytime soon and that our technology and vaccines are capable of protecting us if and when it does.

And here’s hoping that the hysteria dies down by then and that people are willing to avail themselves of the available protections. Vaccines and treatments are worthless if people are afraid to take them.