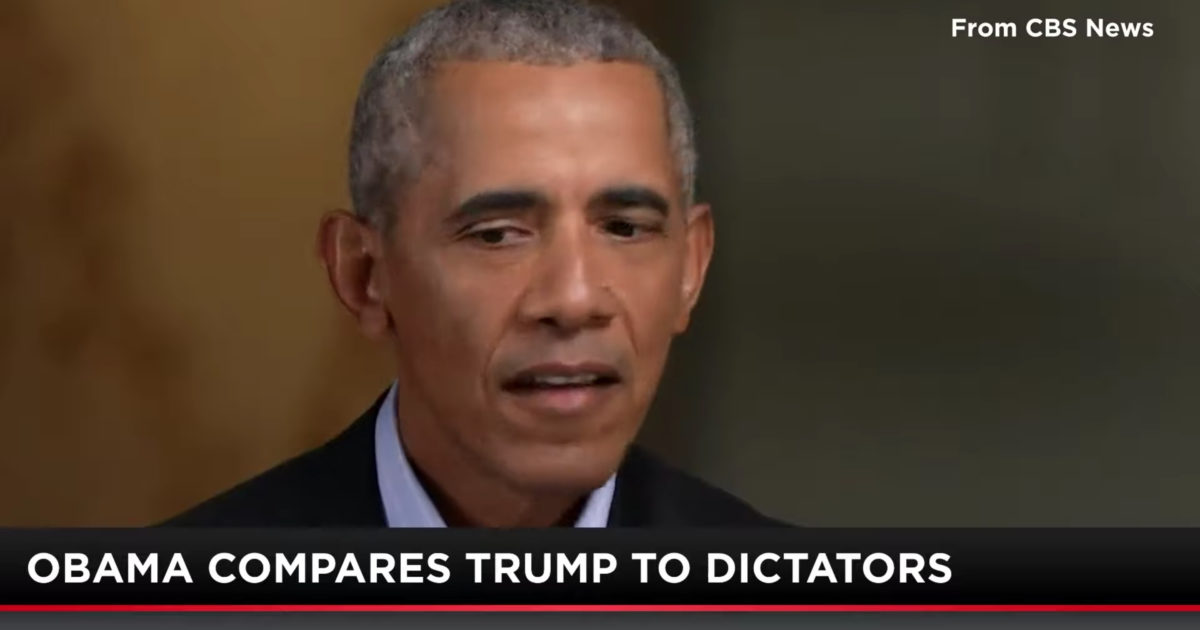 The American media won’t even ask former president Barack Obama about the ongoing investigation into his administration’s targeting of the Donald Trump & associates before and after the 2016 presidential election, Jesse Kelly said this week.

He marveled at the hypocrisy of the 44th president as he compared his successor to “strongmen and dictators” during his 60 Minutes interview to promote his new book.

“Barack Obama while he was President of the United States — his FBI and CIA got involved in an election and worked against his political opponent… State police stuff, Stasi stuff!”