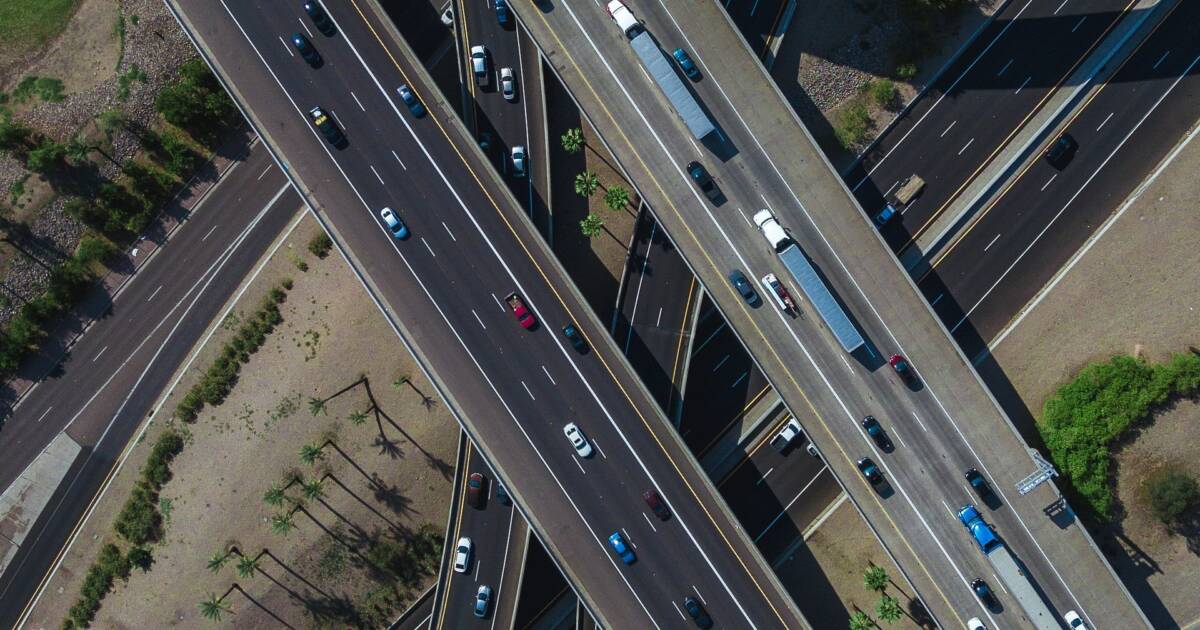 Maybe American democracy is not irretrievably broken after all. Over the weekend, Congress worked as it was supposed to, even including a bipartisan coalition. The focus of this constitutional miracle was the much-touted, long-awaited, frequently maligned infrastructure bill.

To be clear, this was the real infrastructure bill, not the “human infrastructure” bill that progressives have spent months pushing. As a White House fact sheet details, the 10-year bill contains money for items like roads, bridges, airports, clean water infrastructure, expanded access to high-speed internet, electric vehicle chargers, and of course, passenger rail.

Contrary to claims that the Democrats are a monolithic bloc that votes in lockstep for socialism, the party couldn’t get its members together to pass the partisan Christmas list. Joe Manchin (D-W.V.) and Kyrsten Sinema (D-Ariz.) were the public faces of the Democratic moderates, but others were likely hesitant in their support for the larger, partisan bill as well. It was Manchin and Sinema who put the brakes on the progressive spending spree and it was the progressives who almost killed the bipartisan bill.

Indeed, the list of six Democrat “nays” on the bill is essentially a list of the infamous Squad led by Alexandria Ocasio-Cortez (D-N.Y.). In addition to AOC, there were Cori Bush (D-Mo.), Ilhan Omar (D-Minn.), Ayanna Pressley (D-Mass.), and Rashida Tlaib (D-Mich.). Jamaal Bowman of New York was the sole male Democrat to vote no.

In contrast, it was Republican “yeas” that saved infrastructure. A total of 13 Republicans, many of them from blue states, voted to pass the bill.

Many Republicans weren’t too happy with the 13 aisle-crossers. Matt Gaetz (R-Fla.) unironically complained on Twitter that “Republicans just gave the Democrats their socialism bill,” without noting that the actual socialists within the Democratic Party voted against the bill.

Gaetz might not be able to believe that Republicans would sign onto a “socialism” bill because his allegation is not true. As we have already seen, the infrastructure bill is not a “socialism” bill. Most of the provisions in the bill are typical items of infrastructure funding. This bill was Congress doing the business of government, which is something that has been all too rare in recent years.

The funny thing here is that opposition to the infrastructure bill has put Republicans like Gaetz on the same side as the socialist Squad. Gaetz doesn’t mention that.

In fact, New York Rep. Nicole Malliotakis, one of the Republicans who voted for the bill, framed her vote as opposing the Squad, saying, “I weakened their hand. They have no leverage now. I voted against AOC and the squad tonight.”

Rep. Peter Meijer (R-Mich.), an opponent of the bill, pointed out on Twitter that the bill does indeed contain infrastructure spending as well as that the price tag is less than typically assumed since a large part of the appropriation already existed as part of the Highway Trust Fund. While it’s right to be skeptical of any new spending, this bill won’t add as much to the deficit as the totals of its spending would lead you to believe.

The system still works. At least it does when people who understand the system and have the ability to reach across the aisle are in charge. Even if you don’t support the bill and its contents, the confirmation that Congress can still come together to get bills passed in a constitutional way (at least once a year with a budget reconciliation) is something to celebrate.

After quite a few losses, opponents of vaccine mandates finally got a win in court. The Fifth Circuit Court of Appeals issued an emergency stay for the Biden Administration’s new OSHA rules, which were issued last Thursday, citing “grave statutory and constitutional issues.”

The injunction does not mean that the mandate for vaccinations or testing is dead. The case is likely to end up at the Supreme Court.

As I noted back in September, the OSHA mandate stands on the weakest ground of any of President Biden’s pandemic mandates. While the Occupational Safety and Health Act of 1970 permits OSHA to enact emergency temporary standards to combat both injuries and illnesses, several of these ETSs have been struck down in the past.

If the OSHA mandate fails, it may be because of the lack of urgency on behalf of the Biden Administration. It took more than a month after Biden announced the OSHA mandate to publish the policy and it took the president about eight months in office and a year and a half into the pandemic to decide that a workplace mandate was necessary. It may be difficult to convince a court that a six-month ETS is necessary at this stage of the pandemic and the Biden Administration was acting in response to an ongoing emergency.

There are quite a few legal questions to answer regarding the OSHA mandate and the Fifth Circuit injunction won’t be the last word. The Biden Administration should be filing a response this afternoon. This case is far from over.