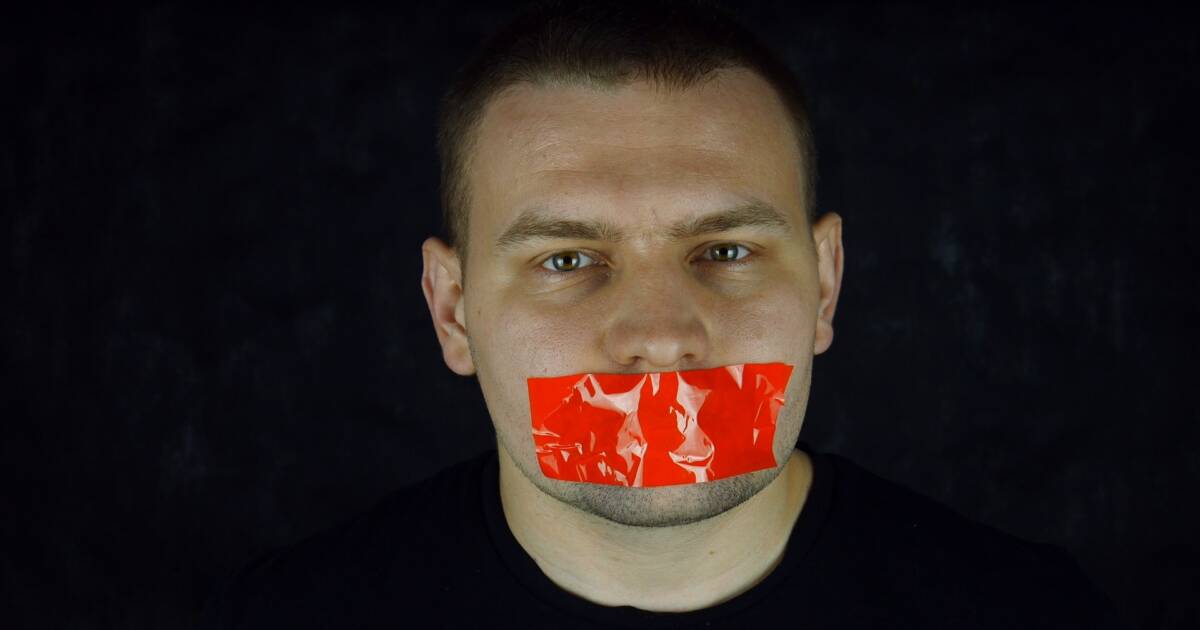 Steve Berman and I are a good example of how conservatives are not monolithic. We both agree on the broad principles of conservatism, but we often disagree on the details to the point that some of our Twitter friends are aghast when we do hold the same opinion.

The former is the case with the Spotify kerfuffle. When I woke up and was thinking about what to write about today, I thought it was probably time to address the issue, which has been all over social media for the past few days. Then I read Steve’s piece, which was well-reasoned but which I disagreed with on many points.

My point can be summed up in my 280-characters-or-less tweet from Saturday in that the Spotify battle isn’t a matter of censorship but a private contractual matter. No one is censoring Joe Rogan and that suggestion has not even been seriously made by anyone to the best of my knowledge.

Let me preface my discussion by saying that I’m not in either camp. I tried to listen to Rogan’s podcast a couple of times and found it to be unlistenable and way too long. Three hours is too much even for a good podcast, much less Rogan’s rambling. I don’t have anything personal against Rogan though. I enjoyed watching him on “News Radio” (I may be the only one who remembers that show) and “Fear Factor.”

On the other hand, I’m not a Neil Young fan. His music predates my time and, as Lynyrd Skynyrd said of Young, “A Southern man don’t need him around anyhow.”

On the third hand, I have a paid Spotify subscription and I’m happy with the service. I’m not canceling any time soon.

So here’s my take on what’s happening. Rogan has a very objectionable podcast that has been cranking out a lot of misinformation. Neil Young, among others, doesn’t like Rogan’s podcast, especially the fact that Rogan is using his platform as an anti-vax megaphone. His misinformation is literally getting people killed. (And I mean that in the traditional definition of “literally,” not the modern meaning where “literally” means “figuratively.”)

But the details about what happened have gotten a bit distorted in the reporting. Last Monday, Rolling Stone reported that Young had sent an initially open letter to his record label and management team with an ultimatum: “I want you to let Spotify know immediately TODAY [emphasis his] that I want all my music off their platform.”

“They can have Rogan or Young. Not both,” Young continued.

Is this an attempt at censorship? Not really.

Think about this: If Spotify had decided to remove Rogan’s podcast, he would have lost a platform, but he would not have been silenced or censored. There are a lot of other platforms for Rogan to stream his show including Stitcher, Pandora, Apple Podcasts, and Google Podcasts. Even Napster is still around and would probably benefit from having a popular show like Rogan’s.

What seems to have happened is that Neil Young got what he wanted, which was to not have his music on the same platform as Rogan’s podcast. I’m sure he would have preferred if his music was still on Spotify and Rogan’s show was gone, but I don’t think Young is very concerned about the loss of revenue from streaming on Spotify.

Billboard reports that Young will lose about three-quarters of a million dollars annually from leaving Spotify, and while that seems like a lot of money, the singer reportedly earns more than $10 million per year and has a net worth of more than $64 million. The break with Spotify won’t be painless, but Young can afford to back up his beliefs with his wallet, a characteristic that many grifters on the right apparently do not share.

I see the Young-Rogan-Spotify clash as a private business dispute in which Young exercised his right to freedom of association and to exert control over his musical portfolio. The bottom line here for me is that we live in a free country. Neil Young can pull his music from Spotify for whatever reason he wants and Spotify could pull Joe Rogan’s show for whatever reason it wants.

This view is supported by a second letter from Neil Young explaining his decision.

“I support free speech,” he wrote in a letter quoted by Rolling Stone. “I have never been in favor of censorship. Private companies have the right to choose what they profit from, just as I can choose not to have my music support a platform that disseminates harmful information. I am happy and proud to stand in solidarity with the front-line health care workers who risk their lives every day to help others.”

Young went on to complain that Spotify’s music files are of low quality and inferior to other sites. While I can’t hear the difference, Joe Rogan was apparently not Young’s only complaint about Spotify.

Conservatives shouldn’t jump to defend Rogan’s show, which is pretty raunchy and contains a lot more objectionable material than just anti-vax screeds, just because he’s the cause célèbre of the moment and because Young is a liberal. Rogan is no conservative even though many on the right like his anti-vax message (again I have to shake my head at that).

But Rogan shouldn’t be banned either. He has a right to speak, no matter how wrong-headed his message is.

But I’d be fine if Spotify and other platforms decided to drop Rogan’s show because, as I’ve said many times before, denying someone a megaphone is not the same as denying them the right to speak. You have a right to free speech, but you don’t have a right to be heard across the country and around the world. That’s especially true when the podcast platforms are private companies and making business decisions of their own free will. Maybe some will decide, as Young did, that it isn’t worth the profits to be associated with Rogan.

The important point is that it would not be the government that would be limiting Rogan’s reach. Private companies can do decide who to do business with and who to drop, but the government cannot force them to drop (or to carry) shows like Rogan’s. That would be a First Amendment violation. 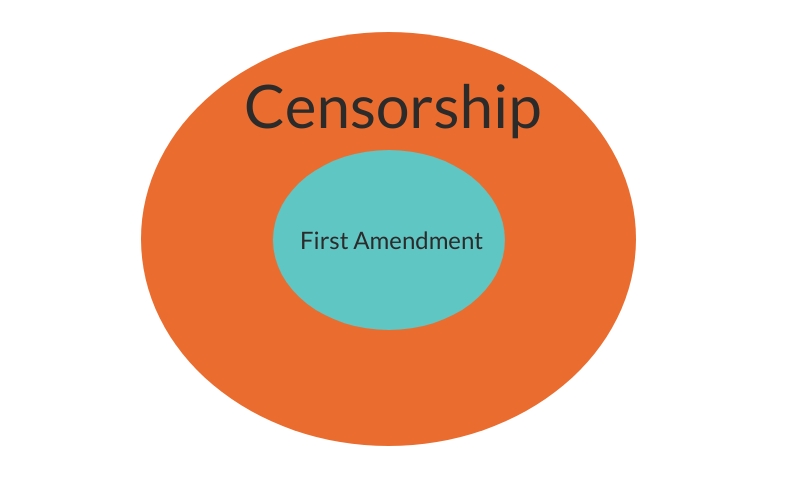 For example, in my house, I don’t allow obscene material or Church of Satan leaflets. That’s censorship, but it’s legal and most of us would probably agree that it’s appropriate. It’s also appropriate and legal for businesses and artists to have some control over who they do business with and who they refuse to partner with.

What Neil Young did was more akin to a boycott than an attempt at censorship. He said that if Spotify wanted to do business with Rogan then they couldn’t do business with him. That’s not only legal, it is the same thing that members of the right have done against numerous companies, from Disney to the NFL, that transgressed their beliefs in some way.

Going back to the beginning, Steve and I don’t always agree, but we are both coming at this from a conservative angle. Steve puts more emphasis on the fact that many would like to silence Rogan. On the other hand, my emphasis is on the fact that Rogan should not be immune from the fallout of his comments if private entities decide that they don’t want to be associated with him.

We may disagree, but we do so in good nature and I think that’s something that the rest of the country could learn from us. As much as I think the world would be a better place if everyone was like me, it would also be a less interesting place without disagreements and squabbles. The key is to not take disagreements personally and assume that anyone who doesn’t think like you on every issue is the Worst Person in the World.