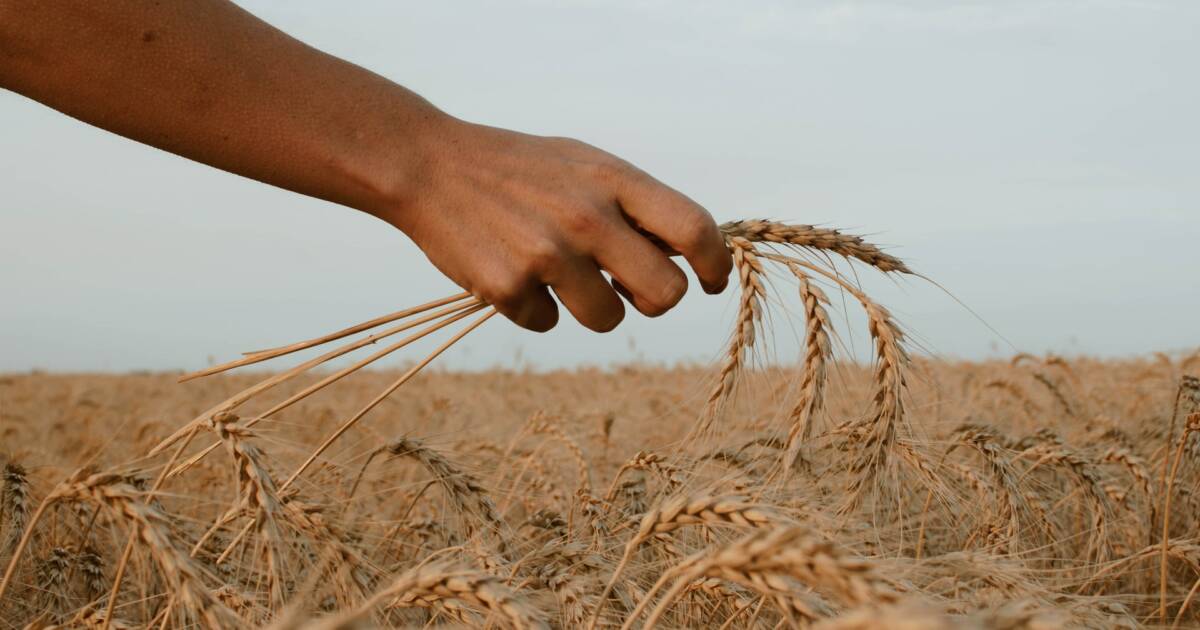 Seriously, the four horsemen of the apocalypse are quickly marching through the 2020s. We’ve had the pandemic, the war in Ukraine, spiking energy prices, and you can even read inflation into Revelation 6:6. Now there is the prospect of a food shortage complete with famines in some places.

The truth is that the problem is not an American one. This is unlike the baby formula shortage over the past few months, which was an American phenomenon and occurred for entirely different reasons. That shortage seems to be starting to ease as Abbott resumes production and formula is imported to bridge the gap. No, the world’s food problems are rooted in the Ukraine war and Russia’s strategy of isolating and starving the Ukrainians into submission.

If, like me, you went to school in the 1980s or before, you may remember the Ukraine (it was “The Ukraine” back then) was referred to as the “Breadbasket of the Soviet Union.” The former province of Tsarist Russia and former Soviet Republic had fertile fields filled with amber waves of grain that supplied food to much of the rest of the empire and its allies. In 2021, shortly before the invasion, Bloomberg reported that Ukraine was the largest exporter of sunflower oil, the fourth largest exporter of corn, and a major provider of grain to countries all over the world.

The Russian invasion changed all that.

When Russian hopes for a quick victory evaporated, Putin’s armies shifted to a strategy of attrition. The Russian invaders, “Orcs” to the Ukrainians, both stole and destroyed Ukrainian crops as well as attacked the infrastructure that Ukraine needs to get its crops to market and blockaded seaports on the Black Sea. Much of Ukraine’s harvest has been looted, burned, or simply can’t be brought to international markets.

A recent estimate from Ukrainian forecasters predicted that Ukraine’s winter wheat harvest, about 95 percent of its total wheat production, would be cut by about a third from 32.2 million tons down to 20.1 million tons. This has significant implications not only for Ukraine’s economy but for world food markets as well.

But that’s only half of the equation. The other half is that boycotts and sanctions on Russian food exports further exacerbate the problem.

To get an idea of what could happen in world food markets, look at what has happened in energy markets over the past few months. Despite domestic oil production in the US that has risen dramatically since Trump left office (yes, you read that right, oil production has risen under Joe Biden), prices have increased because oil markets are worldwide, not local.

Whether artificial or actual, a decrease in supply drives up prices elsewhere even if we aren’t getting our oil from the Russian pipelines where the spigot is now closed. This is because the consumers that used the supply that has dried up now have to compete for oil from different sources. This competition for a limited supply increases prices.

The same dynamic is likely to be seen in food markets, which as Fox News points out, were stressed by pandemic supply problems even before Putin’s invasion. Even though the United States produces a lot of food, we also export a lot of what we produce. If prices for export markets go up, food producers can be expected to send more food overseas unless domestic prices rise in competition.

Here in the US, we won’t be going hungry, but we will be paying more at the grocery store. The more serious problem will be in countries where food supplies were tenuous even before the shortage. Quartz provides a list of countries that are heavily dependent on Ukrainian and Russian food exports. Quite a few entries on the list are countries where famines have been a reality in the not-so-distant past. Countries like Somalia, Eritrea, and Sudan.

It’s worth noting that Russia has played the famine game before. In the 1930s, Stalin’s communist regime starved an estimated 3.9 million Ukrainians, partly through bureaucratic incompetence and partly through devious purpose. Ukrainians call this the Holodomor, a combination of the Ukrainian words for “hunger” and “extermination.” Now, history may be repeating itself.

And speaking of history, the new Russian strategy of attrition and slowly grinding down the Ukrainian defenders is hardly unique in warfare but reminds me a lot of the American Civil War. When the Union failed to crush the rebellion quickly in the early days of the war, federal forces implemented General Winfield Scott’s “Anaconda Plan” of slowly strangling the Confederacy.

In three years of fighting, the Union army failed to reach the Confederate capital of Richmond with frontal assaults. Ultimately, the Confederacy was starved into submission by a strategy that began with a naval blockade of its ports. The Yankees bisected the Confederacy by driving down the Mississippi River. General Sherman drove through Georgia and South Carolina destroying crops and railroads. Both food crops and cotton, the South’s main source of cash, were destroyed along with the transportation infrastructure of the day that took crops to market and supplied troops at the fronts. The North didn’t destroy the South’s will to fight, but it did destroy its ability to resist.

That seems to be the Russian goal. In a war of attrition, Russia has much greater manpower reserves to draw upon and, although Russia’s economy is sanctioned, it isn’t being physically destroyed like that of Ukraine.

The Russian goal is likely two-fold. First and most obvious, the Russians want to bleed the Ukrainian army dry and starve the country into submission. Second, they want to inflict enough pain on the world that there will be an outcry to lift the sanctions (or like Saddam Hussein’s Iraq, to avoid the sanctions through smuggling and black markets).

We are entering a dangerous phase of the war. Ukraine has pushed the invaders away from Kyiv but the operations in the eastern part of the country are turning into a meatgrinder. Russian losses have been extremely high, but President Zelensky recently said that Ukraine is losing 60 to 100 soldiers per day. (By way of comparison, the US, a much larger country, averaged 220 service deaths per day in World War II, but only about 50 per day at the height of Vietnam.) That is unsustainable for long.

As the war bogs down, it is also disappearing from the front pages amid mass shootings, elections, and the Outrage Du Jour. The world may not remember why the sanctions are being imposed, but Ukrainians are still fighting and dying against the invaders. They have little choice in the matter.

The war would look very different without world aid to Ukraine. Weapons and relief supplies have enabled the country to hang on and actually beat back the invaders in places. Without NATO’s help, the war might well have ended according to Putin’s original plan.

At this point, Ukraine’s best hope is that Russia’s economy and will to fight peter out before Ukraine’s own ability to resist crumbles. Getting to that point is going to mean continued pain for many other countries around the world. Famines and economic upheaval may even spark unrest elsewhere, but the cost of keeping the pressure applied to Putin will probably be less than the cost of removing sanctions in the long term.

That doesn’t mean that opposition parties like the Republicans won’t make gains by capitalizing upon voter concerns and laying every problem at President Biden’s feet with an #OldManBad message. And Republican control of Congress might well be what Vladimir Putin needs to break the sanctions on Russia and continue his war of aggression.