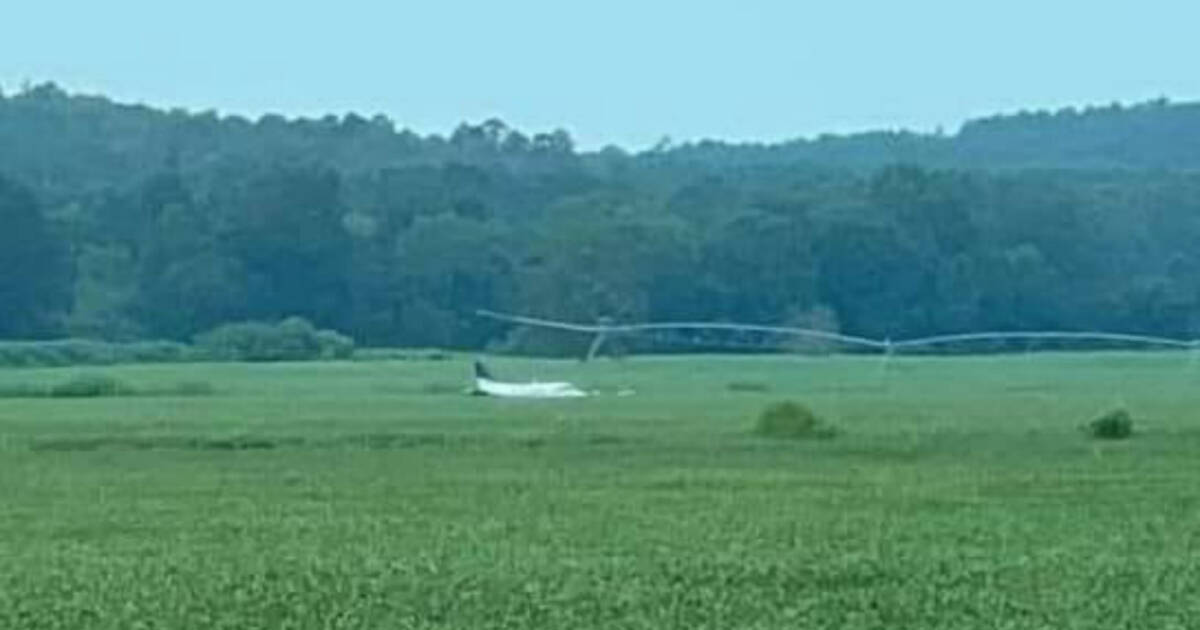 The big news on Saturday morning was the theft of a Beechcraft King C90A from Tupelo, Mississippi. The aircraft was reportedly taken by an airport employee who was also a student pilot. The man, who has not been identified in media reports, also reportedly threatened to crash the plane into a Walmart.

Data from FlightAware shows that N432ER took off at about 7:45 am CT, but other reports say that the incident started as early as 5 am when the man made several threats to police. After several hours of flying, the man landed the plane in a field near Ashland, Mississippi at about 11 am.

The King Air C90 is a twin-turboprop used extensively for corporate and charter aviation.

This is not the first time that an airplane has been stolen and taken for a joyride. Back in 2016, Colton Harris-Moore, the self-taught “Barefoot Bandit,” stole a series of airplanes. In 2018, a Horizon Airlines employee stole a Dash 8 turboprop from the Seattle airport and ultimately died after crashing it.

So far, there are few details about the pilot of the Tupelo, but I can offer a little background on the airplane. At a previous job, I flew a different model of King Air (the 350). Although common, King Airs are not the easiest airplanes to start or fly. Starting the engines is an involved process that would not be intuitive to someone who was not familiar with the plane.

In the air, a King Air handles heavily but not fundamentally different from other airplanes. If the perpetrator was a student pilot who had flown smaller planes, he would have been able to fly it but would likely have found it difficult to land. That may be part of the reason that he ultimately put the airplane down in a soybean field rather than on a runway.

Security varies at smaller airports, but the man reportedly was an airport employee who would have had access to the flight line. Civil aircraft typically have locks, but these are often easily broken. The King Airs that I flew did not require a key to start the engines.

If the man had followed through on his threat to crash into the Walmart, the damage would likely have been limited. Airplanes are made from lightweight materials and are not as sturdy as a building. The two main dangers come from the energy created by their high velocity and the fuel that they carry. In the case of this King Air, the fuel load was probably very light after several hours of flying at low altitude so a post-crash fire would not have been very big.

On September 11, the airliners that crashed into the World Trade Center and Pentagon carried much more fuel than a King Air is capable of holding. They also fly at much higher speeds and have greater mass. Therefore, the energy potentially released in an impact by an airliner would be much greater.

Back in 2010, a Texas man crashed a single-engine Piper Dakota into an IRS building in Austin. The Dakota is not much smaller than a King Air, but the crash did start a significant fire in the building. There is speculation that the pilot loaded extra cans of gas into the plane before the attack. Nevertheless, only one person other than the pilot was killed.

The Tupelo man’s motive is not known, but he will be spending some time in jail. The theft and destruction of an airplane while endangering the public involves a host of crimes at both the federal and state level.