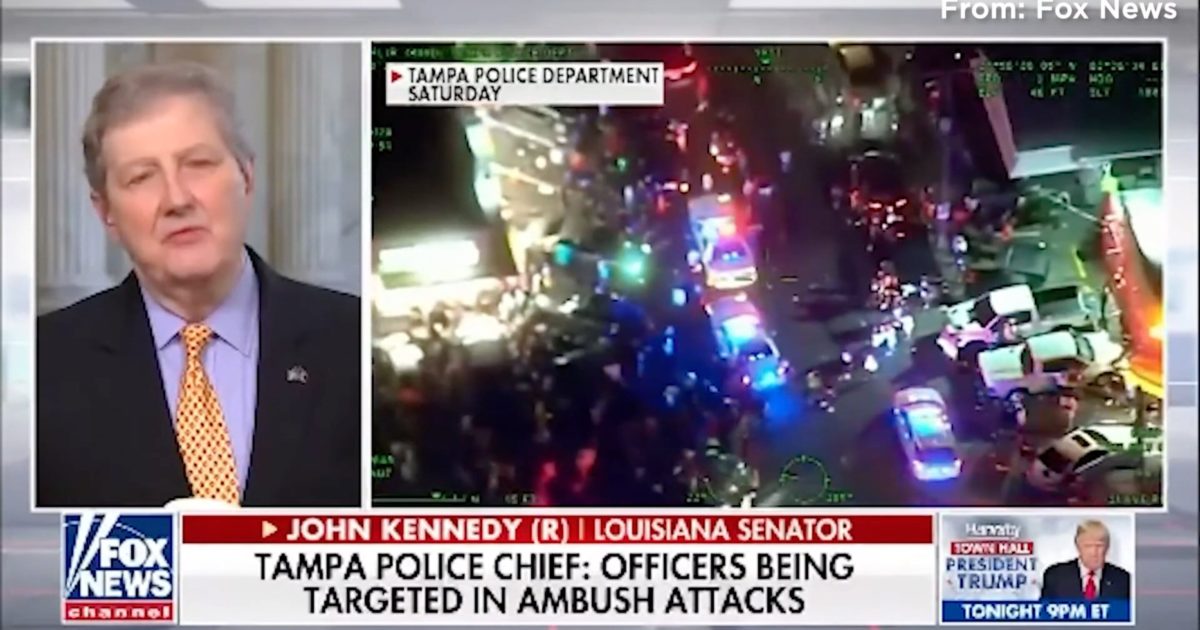 “I think we got more honest cops than we got honest politicians,” said U.S. Senator John Kennedy (R-LA) in an interview with Fox News on Thursday.

Buck Sexton praised the junior Senator from Louisiana for telling it like it is, adding that the police “are the good guys, and gals.”

He also broke down the situation in Minneapolis where park officials have opted not to call the cops.

The park is now overwhelmed by 300 homeless people. After two overdose-related deaths, the locals are still refusing to call the police.

Buck told a similar story from his childhood when liberals in New York City refused to disperse another homeless encampment.