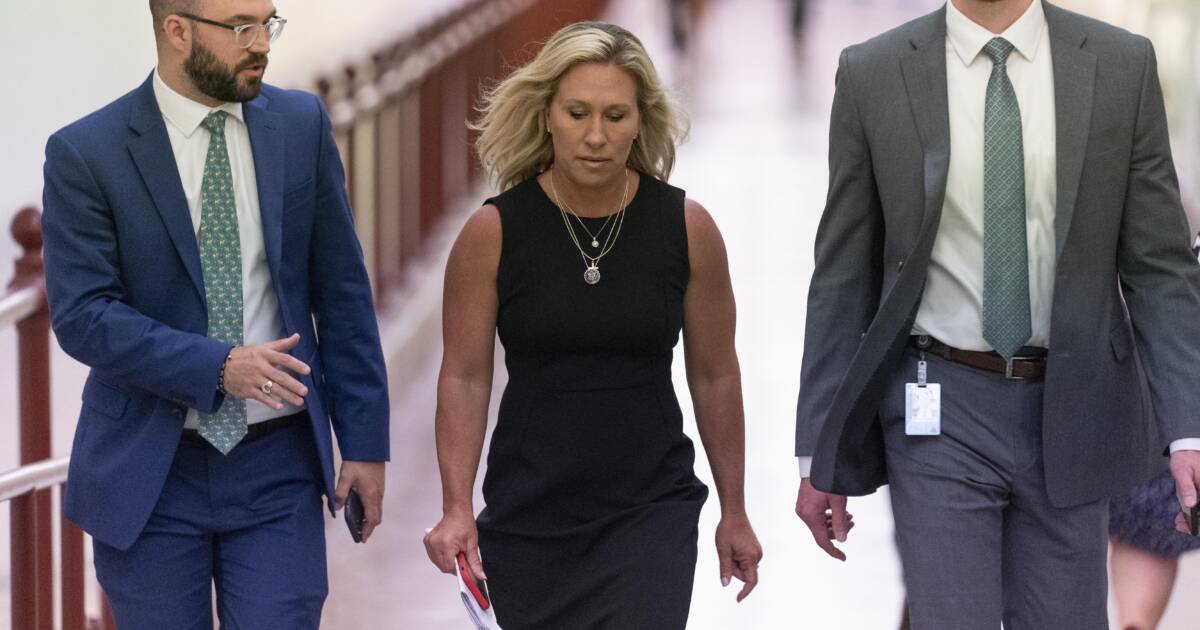 Rep. Marjorie Taylor Greene (R-GA) coasted through the GOP primary on Tuesday, solidifying her status as the GOP nominee in Georgia’s 14th District. According to the New York Post, Greene “held 70.4% of the vote when the race was called with 44% of precincts reporting.”

Greene used her victory speech to trash the establishment.

“Sending me back to Washington will send a message to the bloodsucking establishment: It is we who will set the policy agenda for the next decade and not them,” the 47-year-old said, according to the Associated Press. “We’re going to start speaking the truth more forcefully and more loudly than ever before.”