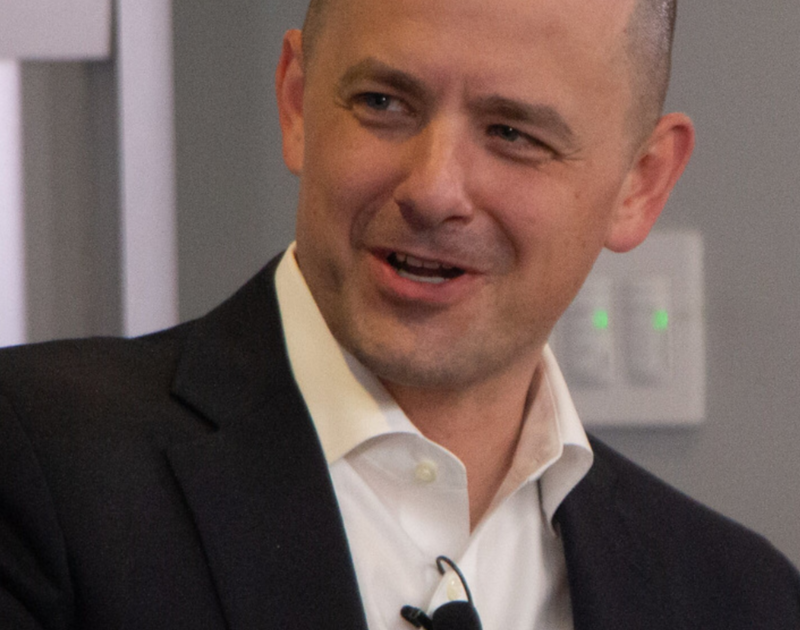 There are a number of truths in American politics. One of these is that neither party is popular. A second and corollary to the first truth is that a lot of Americans want other options aside from the duopoly. A third truth is that third parties almost never win.

It’s difficult to understand how all of these facts could be true at the same time, yet they are. Despite the facts that both parties are underwater on their approval ratings and that about two-thirds of Americans want a third option, third parties continue to garner little support from the voters.

It’s not hard to understand why. One of the most successful alternative parties, the Libertarian Party, seems to have worked hard to earn a reputation for being more insane than the two major parties. Despite this, the Libertarian Party claims that it has more than 300 members serving as elected officials around the country, mostly Ron Swansons serving in local government.

When it comes to state and local elections, Libertarians are spoilers. I’ve voted Libertarian, mostly as a protest vote when I didn’t like either candidate. I considered voting Libertarian in the Georgia Senate race this year but ultimately decided to cast my ballot against Herschel Walker and for Raphael Warnock since Georgia requires a 50 percent majority to be declared the winner. I didn’t want to see a runoff and in recent months the national Libertarian Party has become so toxic that I don’t even want to give them a protest vote.

That’s the essential conundrum of the millions of Americans who don’t want to vote for either party but also don’t want to see their least-favorite candidate win because they didn’t vote for their second-least-favorite. It can be a difficult choice and usually, the answer is to pick one of the big two. This is especially true if the voter is not politically attuned enough to be aware of third parties.

Beyond that, the structure of the American system favors a binary choice. Unlike parliamentary systems, in which parties get awarded seats based on their share of the vote, in American elections there is a winner and loser(s) for each specific seat.

Ranked-choice voting is one way of getting around this tendency to retreat to the duopoly, even if you don’t like either of them. Some states and jurisdictions are experimenting with ballot systems that have voters list their top preferences for the office. Instead of voting for one candidate, you rank them with your top choice first.

The benefit to ranked-choice voting is that you can list a third-party candidate first, but if that candidate doesn’t win, you can list a candidate from one of the two major parties as a second choice. You won’t be “throwing your vote away” by voting for a third party.

There are several cons as well. It can be complex and difficult for voters used to picking only one candidate to understand. The changes require legislative action and, in some cases, constitutional amendments. And, of course, most members of the big two parties don’t like anything that threatens their turf.

An independent candidate in Utah may have stumbled upon a better way.

You may remember Evan McMullin from 2016. The former Republican ran an independent campaign for conservatives of conscience who objected to Donald Trump. McMullin broke records for write-in votes in 14 states but failed to win any electoral votes. He ultimately received 732,409 votes, 0.53 percent of the popular vote total. For purposes of full disclosure, I’ll state here that I supported McMullin in 2016.

Now McMullin is back. This time he’s running an independent campaign for Mike Lee’s Senate seat in Utah.

Mike Lee used to be one of the senators that I respected. Like most of the other Republicans that I used to admire, the Trump years were not kind to Mike Lee. I won’t delve too deeply into Lee’s conduct over the past six years, suffice it to say that the purported constitutionalist failed to find much to object to in Trump’s actions. The Utah senator sank to a low point in the 2020 post-election when his own texts indicate that he tried to help Donald Trump overturn the election results. Even though Lee undoubtedly knew that Trump had lost the election, the senator advocated a strategy of states choosing alternate slates of electors to change the outcome.

Anyone who tried to help Trump steal the election should be rejected for future office because they simply can’t be trusted to uphold their oath to defend the Constitution. These people either lack the intelligence to discern Trump’s lies or they lack the integrity to stand up for reality. There is no middle ground. For someone like Lee, who claims to be a constitutionalist, the transgression is unforgivable.

The maverick conservative mounted a Quixotic campaign to unseat Lee. He wasn’t given a chance of winning, but then a strange thing happened. Democrats made a smart strategic move in deciding not to field their own candidate, who would not have a prayer of winning in deep-red Utah. Instead, the Democrats threw their support behind McMullin’s insurgent campaign.

If Mike Lee was a popular senator, this would not be a problem. Lee won re-election with 68 percent of the vote in 2016. This year, he’s polling at less than 50 percent. Lee’s support for Trump has obviously hurt his standing with his constituents.

In his debate with McMullin, Lee said, “I stood against my party time and time again to oppose reckless spending. I will do it again and again and again. We need people who say no.”

That’s true. But at one of the most important points of his career, Lee tried to say yes to the wrong question. There is no reason to believe that he wouldn’t do it again.

Now, I’m not saying McMullin is going to win, but he does have a chance. Current polling gives Mike Lee the edge, but the polls are all over the place. One thing that seems certain is that the race is tighter than anyone had assumed.

Major parties have backed third-party candidates as spoilers in the past, but this is different. Rather than running their own candidate and attempting to have McMullin siphon votes from Lee, the Democrats are throwing their support to McMullin and attempting to actually have him win. McMullin is performing better in Utah than any Democrat could hope to because he’s a conservative running in a conservative state.

Whether Lee wins or not, his campaign does provide a model for how to challenge incumbents in safe seats. Rather than nominating a partisan firebrand, the opposition party could back an independent or third-party candidate who is closer to the majority ideology of the state or precinct.

Or they could take it a step further. The parties could recruit moderate candidates who would be more competitive in deep red or blue areas. A progressive is unlikely to win in Alabama and a staunch conservative is at a disadvantage in New York. However, a blue-dog Democrat or a moderate Republican would stand a better chance, particularly against weak, partisan candidates.

There was a time when conservative Democrats and liberal Republicans walked the earth. Resurrecting these species could allow Republicans to be competitive in places like California and Democrats could mount a serious campaign in Texas. If all that matters is the letter after the name – and that seems to be the case for both sides – then allow some ideological diversity within the party.

Just imagine! Maybe the parties will look at McMullin and realize that the way to compete in a state where they are a minority is not to field a rabid partisan but to find a candidate who can compete with the state’s majority on its own terms.

In mathematical terms, winning elections is simple, you subtract voters from the other side and add them to your own. That’s a lot easier to do if you don’t have a candidate that alienates a large number of voters from the start.

Maybe, if we are very lucky, picking moderate candidates will have a moderating influence on the parties. If the parties start nominating centrists and they start winning, it could change the political landscape.

Nah. That’s too much to hope for, but if Evan McMullin can unseat the hypocritical Mike Lee, it would be a good start.