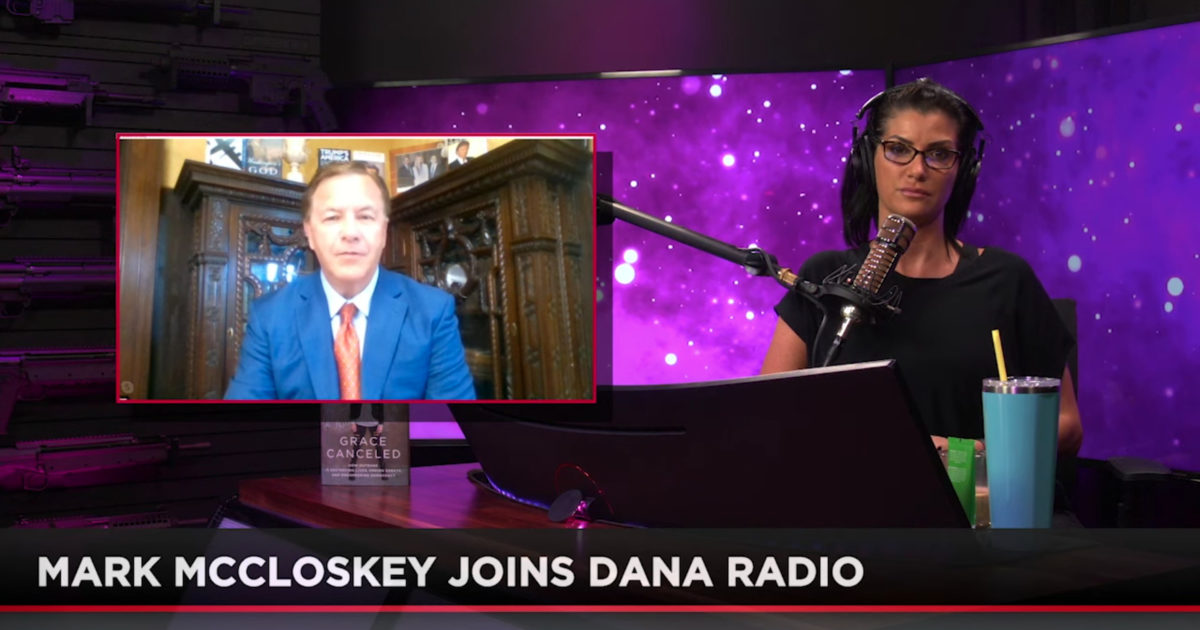 Dana Loesch was joined Tuesday by Mark McCloskey to discuss an alarming development in the case against him and his wife in St. Louis.

He accused Circuit Attorney Kim Gardner of tampering with evidence to secure a felony charge against his wife, Patricia. Mrs. McCloskey’s pistol was inoperable at the time of the incident as it was a courtroom prop from a previous case so the authorities “reassembled” it.

“If there were ever a reason to not vote for Democrats,” this is it, McCloskey told Dana.