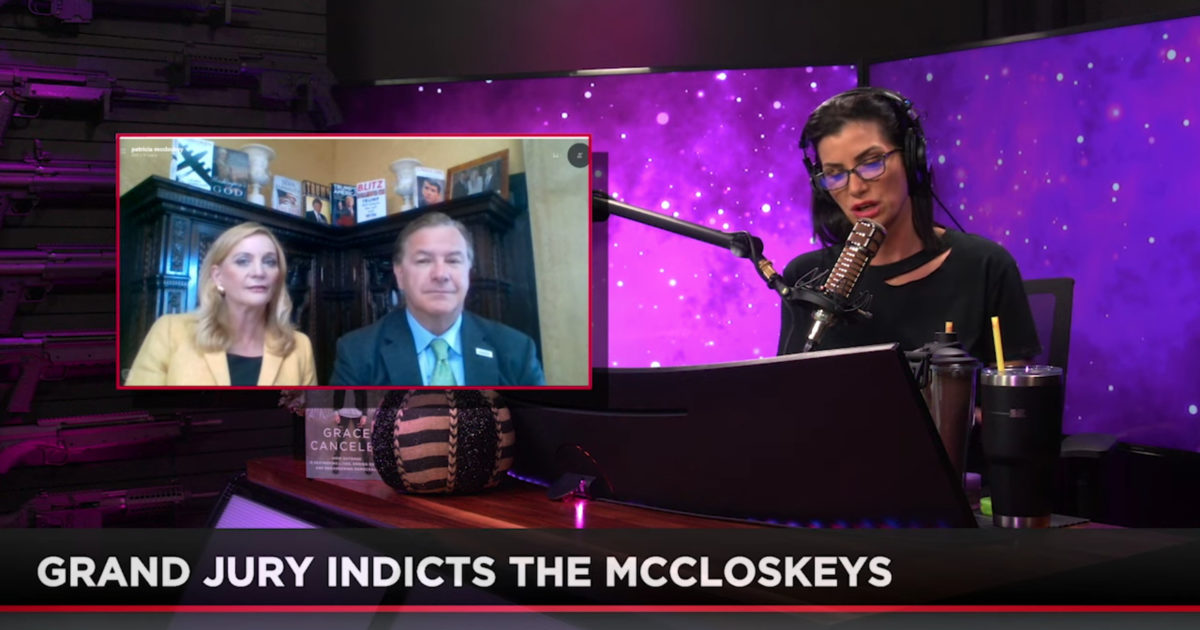 Mark & Patricia McCloskey joined Dana Loesch on Wednesday to sound off on the indictment against them for defending their St. Louis home from hundreds of so-called “protesters” who broke into their neighborhood.

They revealed that a civil rights suit will be filed against the George Soros backed District Attorney, Kim Gardner who’s campaign was bankrolled by a six-figure donation from the controversial leftist organizer.

“I mean, you are really being used as political pawns at this point,” Dana told the couple.