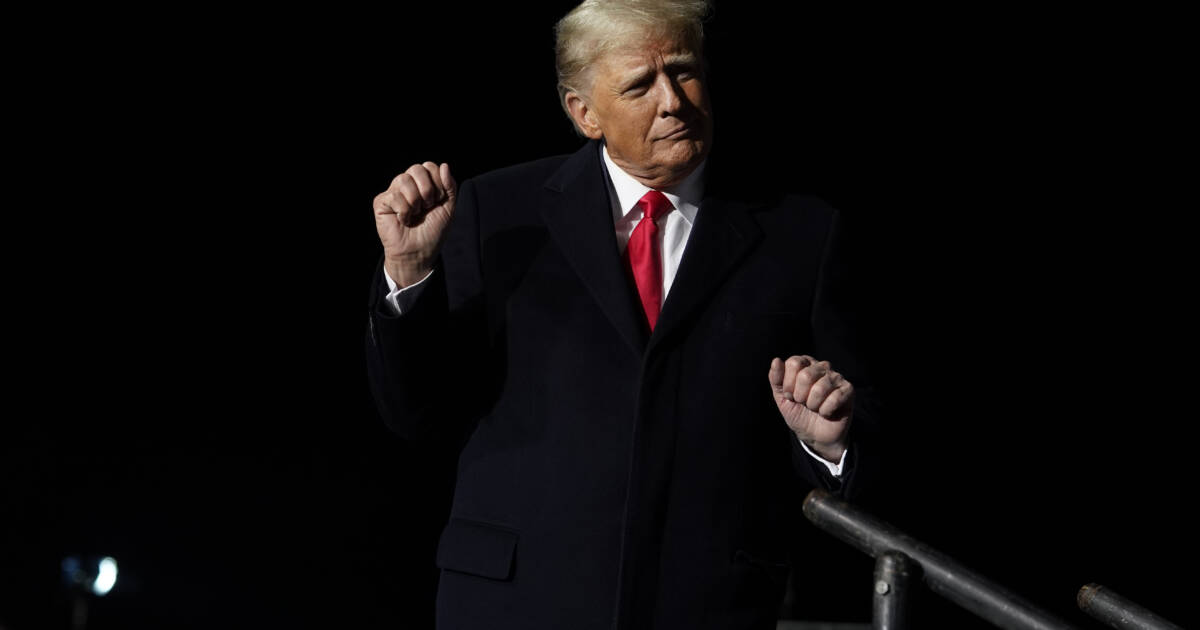 Former President Donald Trump teased a ‘very big announcement’ during Monday night’s Ohio rally in support of U.S. Senate candidate J.D. Vance; he says he will break the news next week from Mar-a-Lago.

“I’m going to be making a very big announcement on Tuesday, Nov. 15 at Mar-a-Lago, Florida,” Trump told the rally-goers.

“We want nothing to detract from the importance of tomorrow,” Trump added, referencing the Nov. 8 midterm elections.

“In 2024, most importantly, we are going to take back our magnificent White House,” Trump says near the end of the rally.

Several members of the Trump clan, including the former president’s two sons Donald Trump Jr. and Eric Trump and their significant others, Kimberly Guilfoyle and Lara Trump, were in attendance for the announcement of the announcement, leading to intense speculation that Trump would use the event to declare his 2024 intentions.