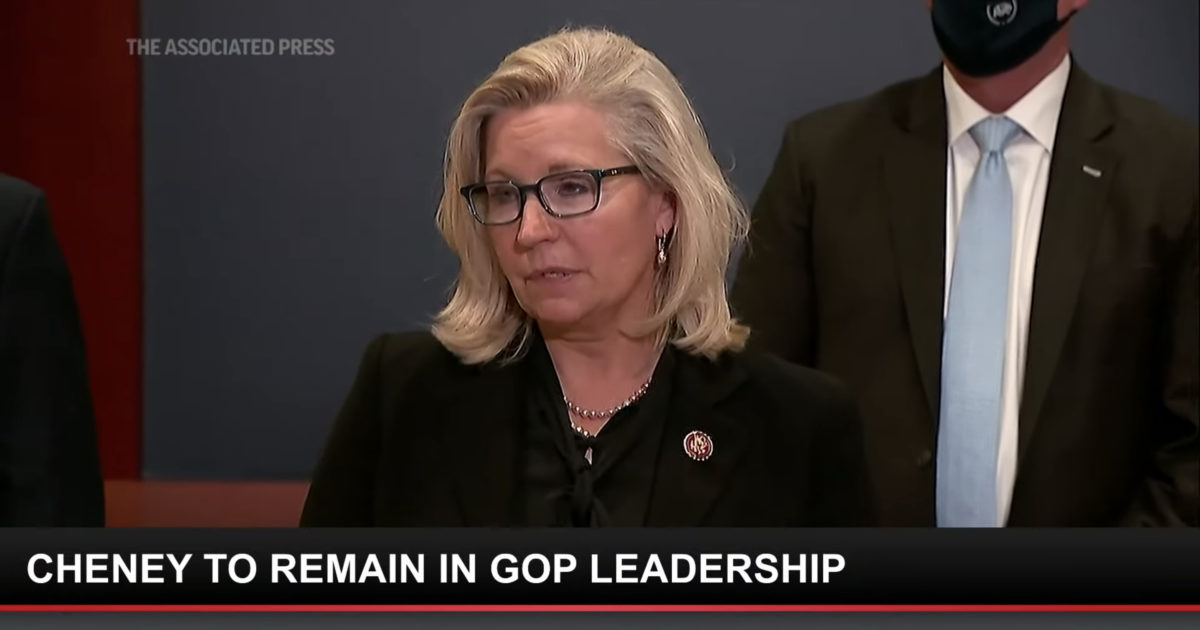 Republicans in Congress rallied behind Rep. Liz Cheney who will remain in leadership after a secret vote of 145-61, Buck Sexton reported on Thursday.

However, special guest Ned Ryun said she won’t be in leadership for long because she won’t be re-elected by her district after she “voted to impeach one of the most popular Republican presidents we’ve ever had.”

“She’s at 10 percent in her re-elect, down 30-points to her initial challenger.”