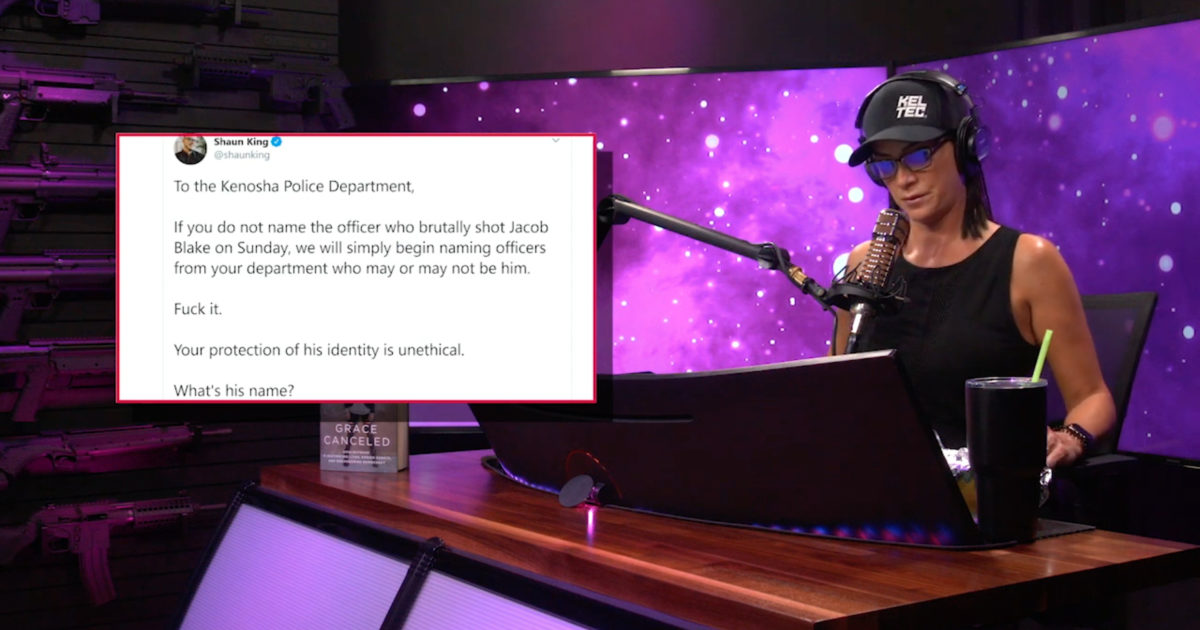 Dana Loesch went off on “people like Shaun King” on Wednesday for their response to the non-lethal police shooting of Jacob Blake in Kenosha, Wisconsin.

“First off, I fail to see where the cops acted against protocol in this situation,” Dana opined before adding that she would expect to get shot herself if she acted the same way as the suspect in question.

Loesch blamed “fake, grifter activists” like King for voting in stupid people who make stupid laws and then getting mad at cops for how they enforce the stupid laws.

Read his threat for yourself which has been “liked” 10,000 times: