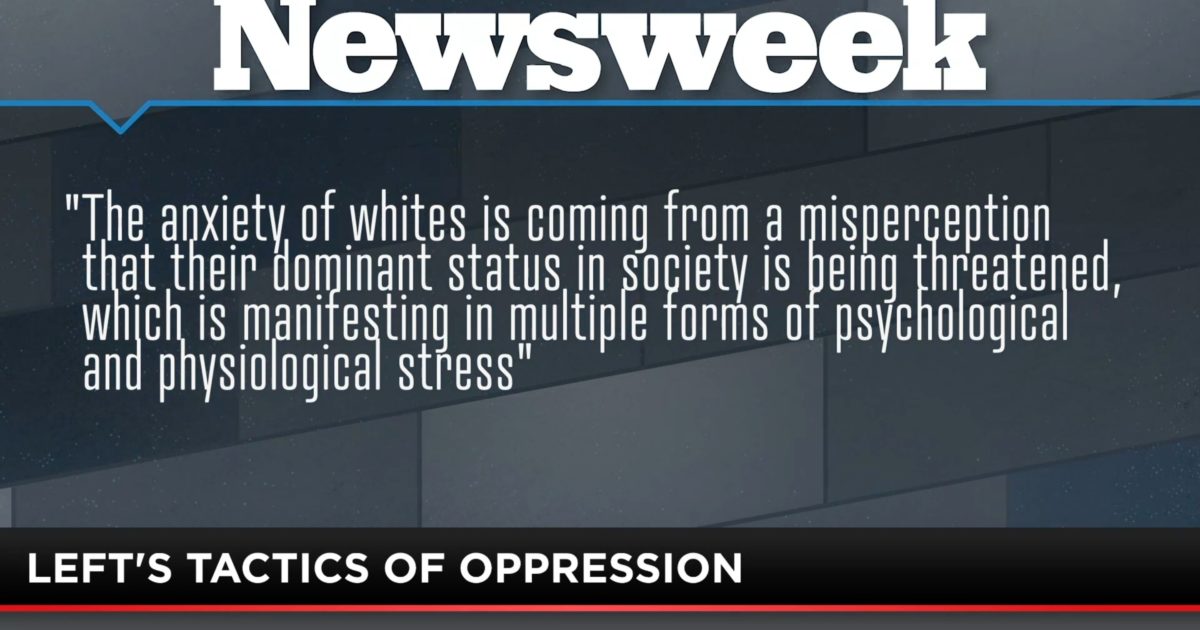 Mike Slater on Monday exposed a race-baiting leftist study which claims that white people are killing themselves because they feel threatened by minorities.

The report claims that “deaths of despair” are up among white Americans due to their “misperception that their dominant status in society is being threatened.”

How do you measure the “perceived threat” to white people’s status?

“That’s not a thing you can measure!”