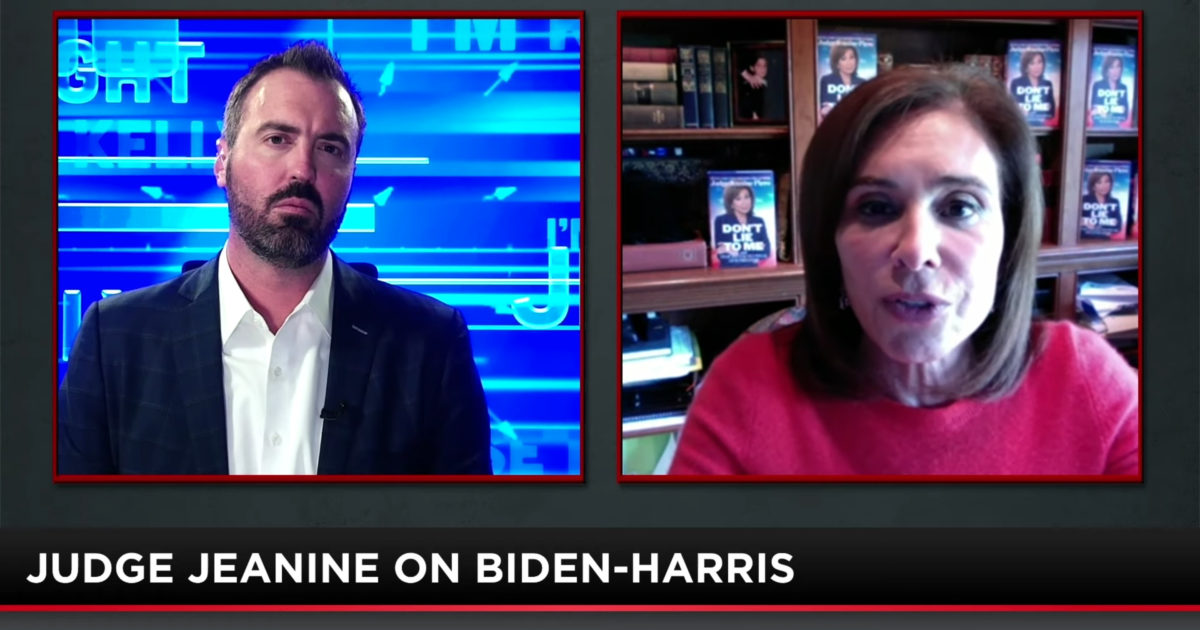 “Joe Biden, in particular, I think he’s got to take the weight on this one. He’s a trojan horse for the Left. He knows what’s behind him and other him,” Judge Jeanine told Jesse Kelly this week.

That was her response to Jesse’s question of, “Who’s the worst offender right now trying to steal our freedom?”

She concluded, “You know, sometimes when people tell you who they are you should listen to them.”