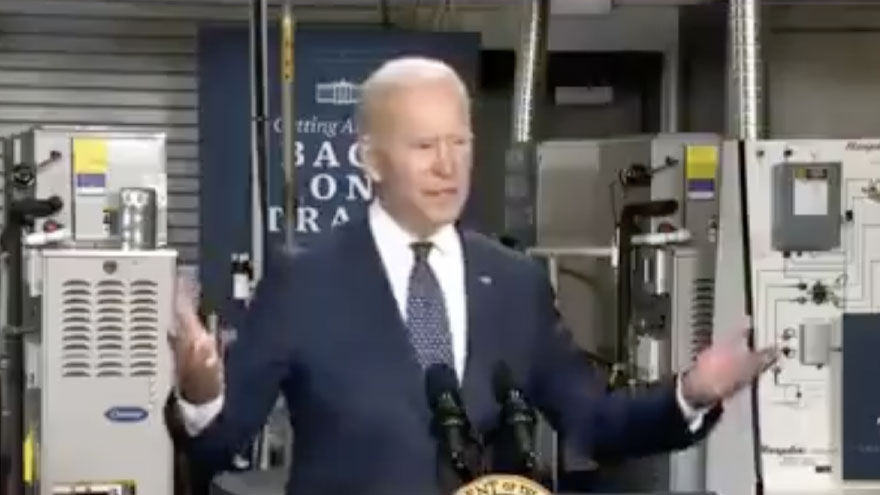 President Joe Biden issued a bizarre pledge to American taxpayers while promoting his ‘American Jobs Plan’ this week; saying people who earn under $400,000 annually won’t “pay a penny in taxes.”

“Anybody making less than $400,000 a year will not pay a single penny in taxes!” said the President. “We will not increase the deficit either!”

SINKING JOE: Biden’s Approval Plunges to the Lowest Level of His Presidency