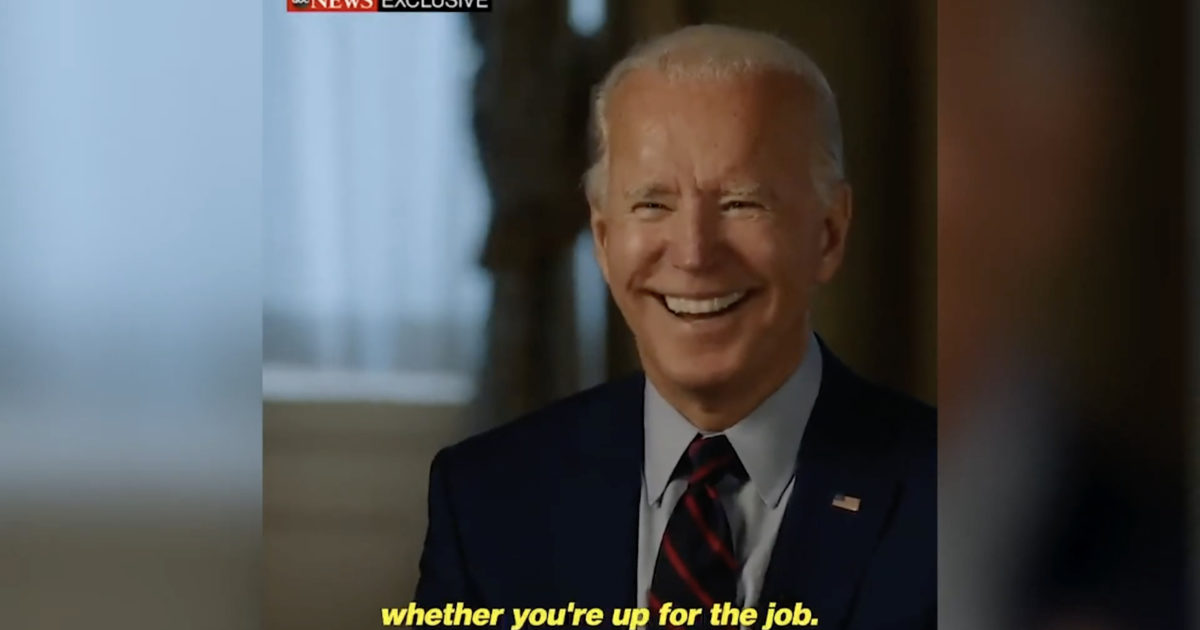 In his first joint interview with his running mate Kamala Harris, Joe Biden laughed at the notion that he is mentally unfit and responded, “Watch me.”

Buck Sexton played the segment on his show on Monday and responded, “Yea, we’ve been watching you!”

Previously, Joe Biden called himself a “transition candidate” which many took to mean a one-term president but now he says 8 years is on the table.