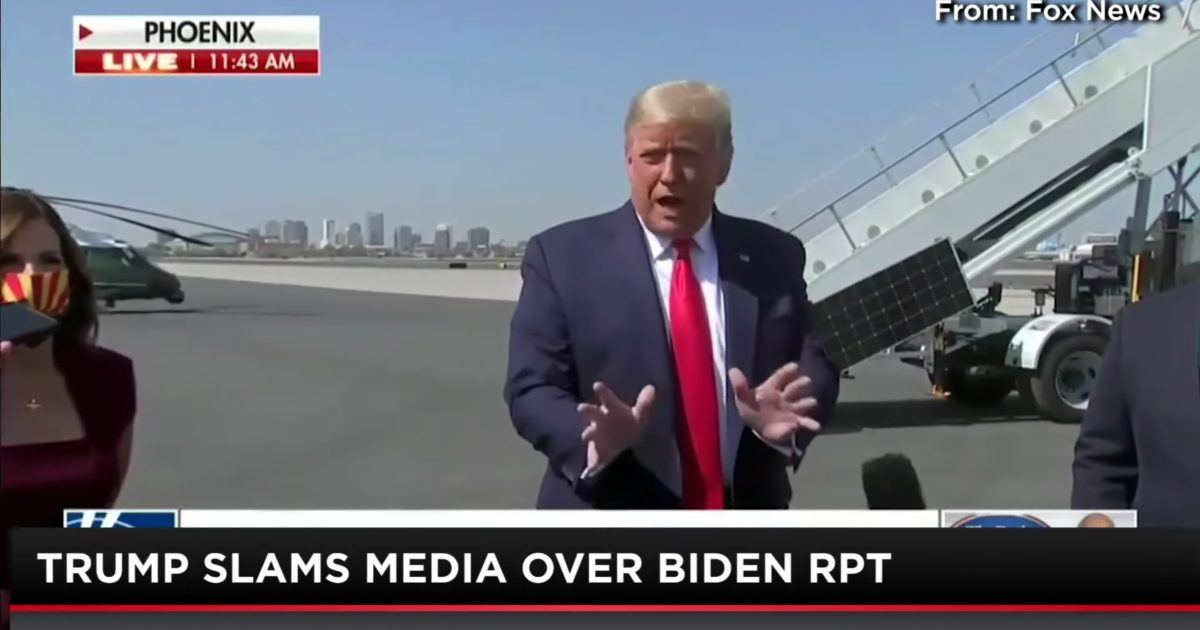 The mainstream media has become so far left they have lost grip on reality, Jesse Kelly said Tuesday as they flat-out refuse to cover the devastating scandal surrounding the incriminating evidence on Hunter Biden’s laptop.

Speaking on Joe Biden’s absence from the campaign trail this week Jesse argued, “He’s going into hiding until Thursday and not answering questions about it! And Trump, understandably, is losing his freaking mind.”

Kelly showed the president’s recent remarks to the media when a reporter asked him why he called Joe Biden “a criminal” and Trump’s response was priceless.