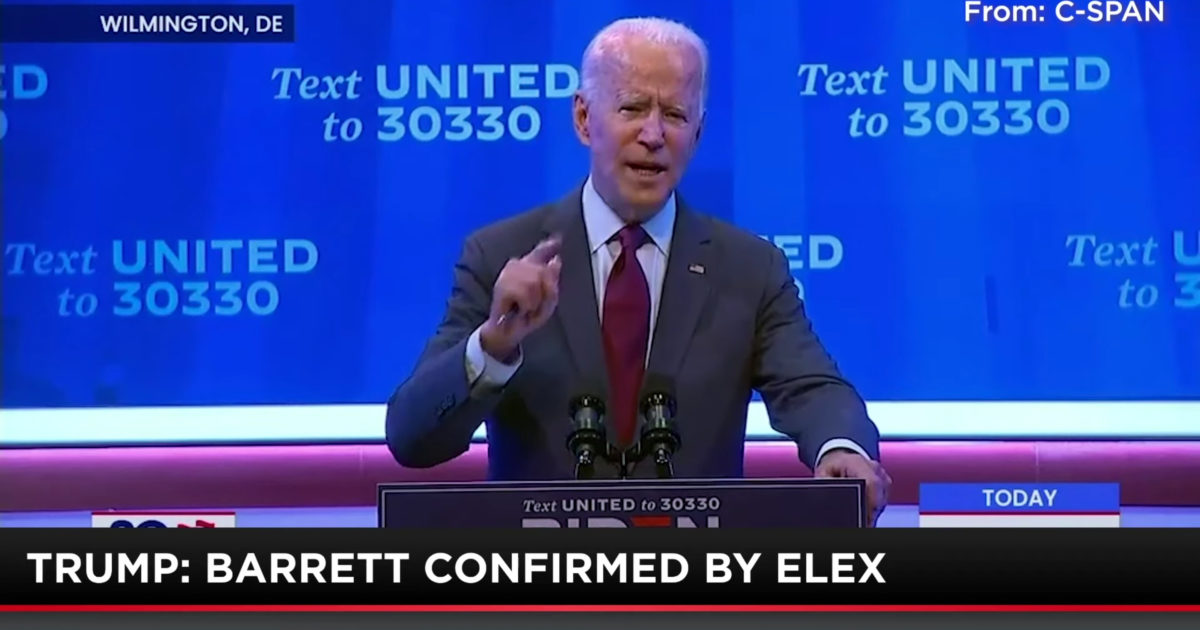 Joe Biden said this week that President Donald Trump’s nomination of Amy Coney Barrett before the election was an “abuse of power,” Jesse Kelly reported Monday.

He played the recent footage of a confident President Trump saying he believes the nomination will be easily confirmed before the election. Joe Biden, on the other hand, alleged that voters “are not gonna stand for this abuse of power” before referring to “our democracy.”

“We are not a democracy,” Jesse rebutted. “We are a representative republic, period!”