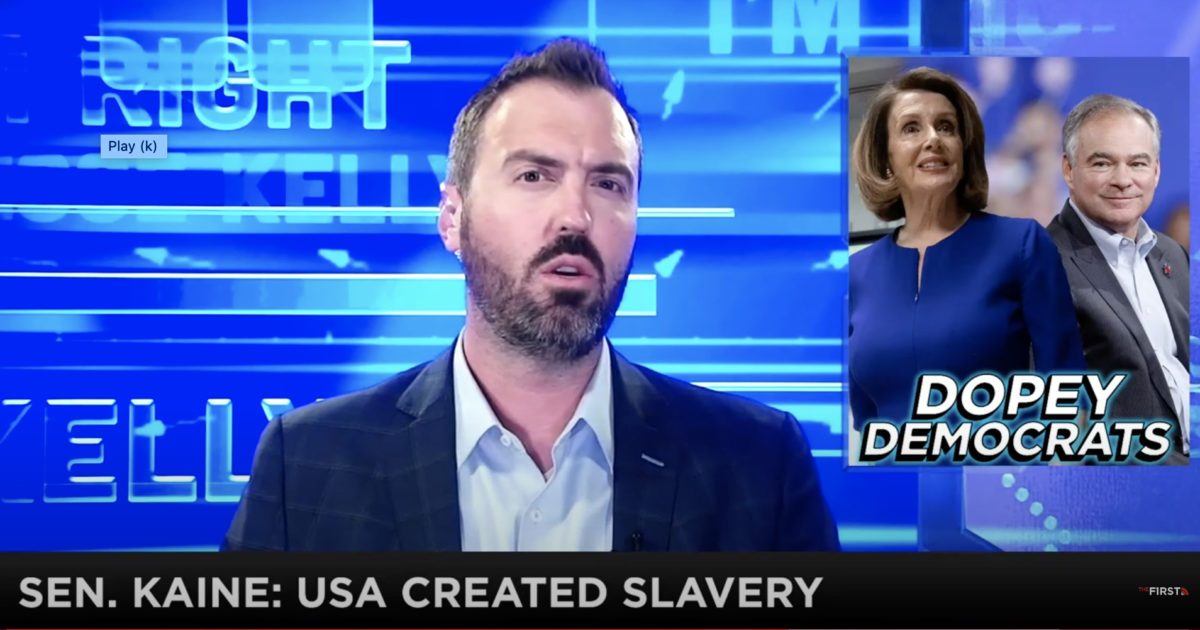 The First’s Jesse Kelly absolutely unloaded on Sen. Tim Kaine, who this week offered some revisionist history comments on the floor of the Senate.

“The United States didn’t inherit slavery from anybody, we created it,” Kaine said. “And we created it over centuries. In my lifetime, we have finally stopped some of those practices but we’ve never gone back to undo it.”

Watch the epic takedown that every American needs to see: