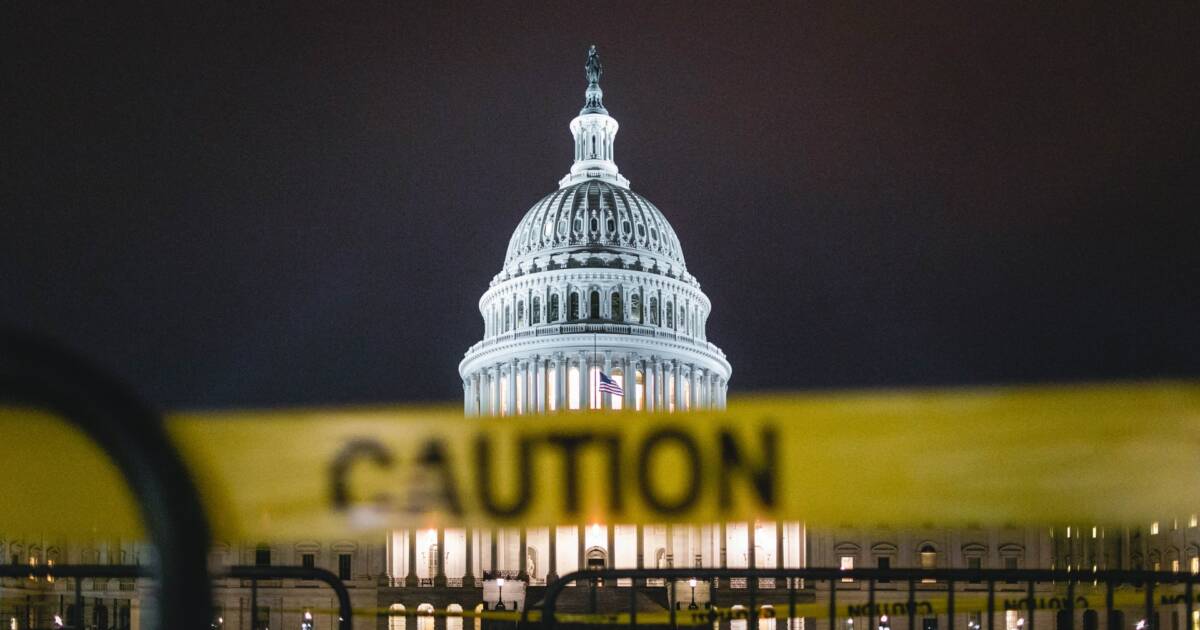 If you look back to the fiasco that was the 2020 post-election, one of the primary players was John Eastman who is now infamous for peddling the memo outlining the steps that the Trump campaign could use to have the Republican majority in Congress override the will of the people and award Donald Trump a second term. The vehicle that Eastman proposed using to accomplish this was the Electoral Count Act of 1887, a densely worded statute that was passed in the aftermath of another contested election in 1876.

That year four states (Florida, Louisiana, Oregon, and South Carolina) submitted competing slates of electors in a situation that some Republicans in battleground states tried to replicate in 2020. The Constitution gives the President of the Senate, who is also the Vice President, authority to count Electoral votes but is silent on what to do when there are competing slates of electors. The Electoral Count Act was an attempt to clear up that confusion.

The problem is that the Act doesn’t do so clearly. The 1886 law allows objections to state Electoral votes if “at least one Senator and one Member of the House of Representatives” put the objection into writing. After the objections are noted, the law specifies that the following word salad is to be followed:

When all objections so made to any vote or paper from a State shall have been received and read, the Senate shall thereupon withdraw, and such objections shall be submitted to the Senate for its decision; and the Speaker of the House of Representatives shall, in like manner, submit such objections to the House of Representatives for its decision; and no electoral vote or votes from any State which shall have been regularly given by electors whose appointment has been lawfully certified to according to section 6 of this title from which but one return has been received shall be rejected, but the two Houses concurrently may reject the vote or votes when they agree that such vote or votes have not been so regularly given by electors whose appointment has been so certified.

That’s one sentence. I mercifully clipped it so that you can digest it before continuing to the second helping of word salad. The next sentence is even worse.

“Diagram that!” I’d love to tell my ninth-grade English teacher.

I’ll cut to the chase. First, the law does not give the Vice President (President of the Senate) the authority to toss out Electoral votes. It does, however, give Congress the power to decide to not count Electoral votes from states where there was an objection. There is a strong conservative argument that this section of the Electoral Count Act is unconstitutional, but it is currently the law that is in force.

Do you doubt that this was the plan? It’s in John Eastman’s memo in black and white.

What wasn’t in the memo was the attack on the Capitol. That seems to have been a last-ditch attempt to pressure Mike Pence into playing ball (once again) with the MAGA faction. Eastman’s plot assumed that Pence would go along to get along.

“The main thing here is that Pence should do this without asking for permission – either from a vote of the joint session or from the Court,” Eastman wrote.

But helping Donald Trump to steal an election was a bridge too far for Mike Pence. The Vice President stood up to Trump and Eastman and the MAGA mafia and refused to do what he had no authority to do, possibly preventing the outbreak of a second civil war over presidential succession.

Trump failed, but he came uncomfortably close to throwing out the election results and stealing the presidency. A big part of the reason is that the Constitution and the Electoral Count Act assumed that members of Congress would put the good of their country ahead of the good of their party. In 2020, the center held, but six senators and 138 representatives – all Republican – voted to put their party first and throw out the will of the voters. That’s scary.

What’s even scarier is the prospect of going into a second Trump Administration with the current law still in force. And probably with a Vice President that would be more amenable to The Former Guy’s wishes than Mike Pence.

On the other hand, Republicans should also consider the precedent that they have set. It might be a good idea for the law to be reformed before 2024 when Kamala Harris will (at least according to Republican arguments) have the authority to throw out the Electoral votes of red states. If Donald Trump is the Republican nominee, the angst and existential fears for the Republic might persuade Democrats to reject purple state Electoral votes that go Republican and Vice President Harris just might go along with them. After all, the Republicans did it first.

No matter which side you’re on, there is a good argument for reforming the Electoral Count Act… quickly. Elections are better left to the voters than letting an unpopular Congress dabble in which Electoral votes should be counted and which should not.

Fortunately, there is a bipartisan plan to do just that. Senators Susan Collins and Joe Manchin have introduced the Electoral Count Reform and Presidential Transition Improvement Act of 2022 (S.4573). The bill currently has 15 cosponsors, nine of which are Republican. That puts the bill just one vote short of being able to break a filibuster.

The reform bill contains a variety of provisions to simplify the current law regarding Electoral vote counts. First, it would place legal challenges to federal elections in federal rather than state courts. The venue would be a three-judge panel in the federal district court for the relevant state capitol. Such cases would be expedited and appeals would be heard by the Supreme Court.

The bill would also clarify that the role of the Vice President “while presiding over the joint meeting [of Congress on January 6 to tally Electoral votes] shall be limited to performing solely ministerial duties.”

The bill also states, “The President of the Senate shall have no power to solely determine, accept, reject, or otherwise adjudicate, or resolve disputes over the proper list of electors, the validity of electors, or the votes of electors.”

This explicitly restates what the Constitution and Electoral Count Act already say: The Vice President is there to count the votes, not pick and choose which votes to count.

So how would such disputes be settled? To begin with, the bill raises the bar for disputing Electoral votes by requiring one-fifth of both the Senate and House to sign the objection. This would greatly reduce the number of frivolous objections and reform a process that has been abused by showboating members of both parties.

Further, the bill would limit objections to one of only two grounds: either that the electors were not “lawfully certified” or that the vote of one or more electors was not “regularly given.” A separate vote by both houses of Congress would be required to sustain an objection.

Additionally, the bill specifies that electors “shall be appointed in each State, on election day, in accordance with the laws of the State enacted prior to election day.” This aims to prevent sore losers in the state government from substituting competing electors for those chosen by the voters after the results are in. Only votes of electors who were “legally appointed” would be counted and no vote that is regularly given by a lawful elector could be rejected unless Congress met the threshold for sustaining an objection.

Under the proposal, if electors are rejected or if a state fails to appoint electors, the threshold for winning the presidency would be reduced accordingly. This eliminates an ambiguity that Eastman seized upon in his plot to change the outcome of the 2020 election. For example, with 538 Electoral votes, 270 (50.1 percent) are required to win. If 10 electors were rejected, the new number of votes needed to become president would be 265. (Half of 538 minus 10 is 264. Add one to gain a majority.)

Another section of the bill includes language on how to determine the likely “apparent successful candidate” for purposes of transition planning in a contested election. This would help to prevent a(nother) sore loser from refusing to allow the legitimate president-elect to take steps towards establishing an Administration while the courts and Congress clarify the results.

The new bill isn’t perfect, but it is a good bill. Even more, it is a much-needed bill. If Congress did nothing else at all this term but pass Electoral Count Reform, it would be a successful Congress. The issue is that important.

The compromise has support on both sides. The editors of National Review have endorsed the effort and even Mitch McConnell has signaled that he might be open to the idea.

There isn’t much time, however. After the midterms, Republicans may win control of Congress and MAGA, with their eyes on 2028, might well make the reform impossible. A Republican president after 2024 might be much less likely to sign a reform bill even if Congress passed it. If that president’s name is Trump, reform would be DOA.

It would be far better to make the necessary reforms now while we are so very close than to kick the can down the road to another Congress. With Donald Trump planning another campaign, there is a real urgency to block loopholes that he has abused in the past.

There is a real possibility that the choices Congress makes on Electoral count reform could make or break the American Republic in the near term. Keeping America great means keeping her elections in the hands of the voters and not allowing their choice to be overruled by corrupt partisans.