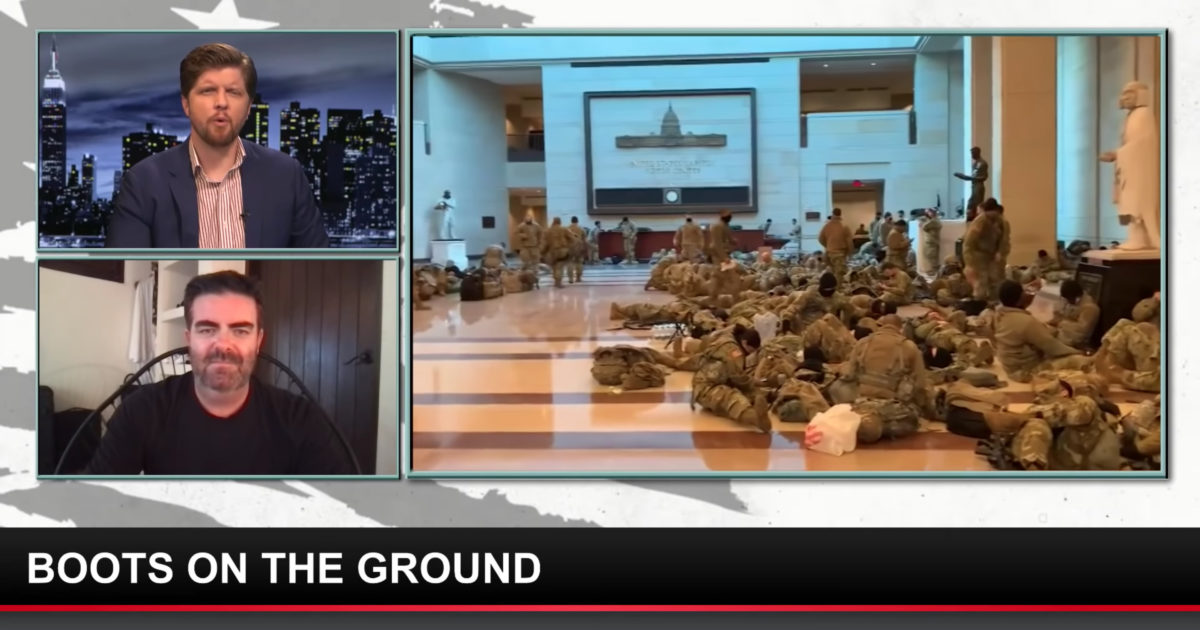 Former Navy Seal and best-selling author Brendon Webb joined Buck Sexton recently to discuss why the deployment of nearly 30,000 troops and the militarization of D.C. is overkill and mostly political theatre.

Part of it is a result of a knee-jerk reaction from politicians who are fearing for their lives and were caught off guard by the recent rioting, Webb explained.

“One gets the sense that they’re preparing for an invasion.”