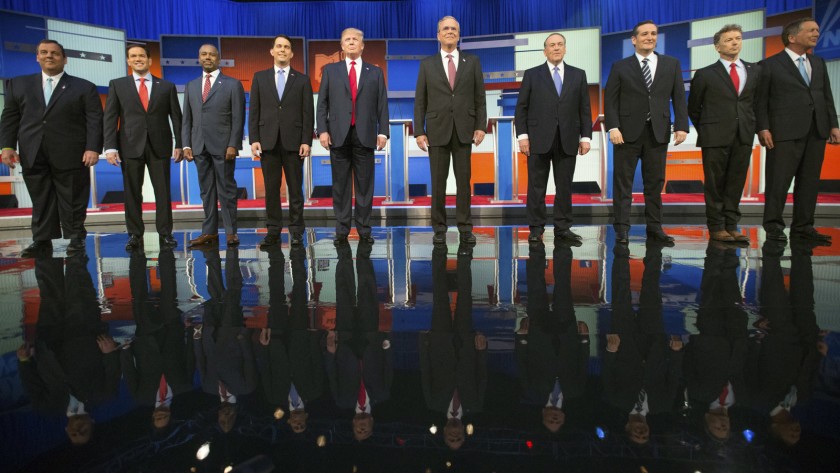 Political parties are important and convenient.  They provide ways for people of like minds to ally together and pursue a common agenda.  They provide avenues for strong leaders to emerge which, in turn, makes elections more like a well-refereed boxing match instead of the free-for-all cage fight that they otherwise would be.  They provide think tanks where ideas can be hashed out and matured before implementation.

Despite that, there is one aspect of politics that parties cannot eradicate, that is the propensity for each person to look out for themselves first.

Many have speculated why we haven’t seen more prominent Republicans back President Trump in his various election challenges across the country.

Could it be that they think he genuinely lost?

Well … yes, that’s possible.  But there were plenty of irregularities in this election.  More than enough for any Republican to stop and say, “Hey, let’s take a closer look at this before we move on.”  There is certainly more evidence of voter fraud on Biden’s behalf in this election than there was for Russian collusion the last time around.  For three years that fairy tale kept the Democrats jacked up like a toddler on espresso after midnight.  So no, I don’t think this is the answer.

Could it be that these Republicans are simply trying to be the bigger person in this situation?  Could it be that they’re thinking, “Let’s not beclown ourselves through juvenile behavior for the next four years the way these Democrats did the last four.”

No … that’s not the answer either.  Politicians don’t try to play the bigger person unless there is some political gain in it for them.  And the fact that most of those Democrats got reelected and that they (apparently) won the White House on top of that, is clear demonstration that there is no political drawback to such juvenile behavior as we all hoped there would be.

The answer as to why more Republicans haven’t backed Trump comes from this irrefutable law of politics that not even party loyalty can cancel out: each person looks out for themselves first.

Demonstration of this fact came on Tuesday from former New Jersey Governor Chris Christie who said that he was open to the idea of another Presidential run in 2024.  He stated that he would even be willing to fight Donald Trump for the nomination if it came to that.

“I’m not someone who wants to do it just to go through the exercise.  But if I saw a pathway to victory and a way to make a difference, I certainly would consider it,” he said in an interview with Hugh Hewitt.

Christie is not likely alone among Republicans eyeballing a run in 2024.  Among the other names being thrown about are: Vice-President Mike Pence, Ted Cruz (Senator-TX), Marco Rubio (Senator-FL), Greg Abbott (Governor-TX), Tim Scott (Senator-SC), Nikki Haley (Former Ambassador to the U.N.), Ben Sasse (Senator-NB), Rick Scott (Senator-FL), Larry Hogan (Governor-MD), Mitt Romney (Senator-UT), and Kristi Noem (Governor-SD).  This list could go on and on and make the crowded Democratic field of 2020 look like child’s play.

So, if all of these politicians and more are looking out for themselves and harboring a goal to run in four years, the obvious question arises: what benefit do they get by not supporting the President?  After all, Trump would be limited to two terms and if he were to be sworn in come January, he would not be able to run in 2024.  So, in theory, the gates would be wide open for any other Republican who wanted to take a shot.

The answer is Joe Biden and Kamala Harris.

If indeed they are sworn in as President and Vice-President in January, then in 2024 it is most likely that one of them will be the Democratic nominee for President.  This is important because both of them are incredibly weak candidates.

Joe Biden’s “victory” came not through any special talent, charisma, charm, or ideas that he had.  His victory came because of four years of non-stop Trump bashing by the Democrat Party (and part of the Republican Party) and the media.  It came because the media absolutely refused to cover him, his family, and his past in any meaningful way.  It came because of name recognition and an association with Barack Obama, who remains popular.  Joe Biden’s weaknesses would make him a very vulnerable candidate if he ran for reelection in 2024.

Of course, I say “if” because there’s a good chance that he wouldn’t be the candidate.  He will be over eighty years old in 2024 and there are already serious questions about his health.  So, I think the odds are better than even that the Democratic standard bearer in 2024 will be Kamala Harris.

Fortunately, she too would be a weak candidate.  As an extreme liberal from California, she would not perform well in the heartland.  As a primary candidate this past year, she proved herself to be intensely unlikeable (she’s been described as Hillary Clinton without the charm).  She is transparent in her ambition (which is a turn off for many voters).  She has a history as a Senator and state Attorney General that is vulnerable to attack.  And the less said about her laugh the better.

Additionally, polls show that nearly half of Americans believe there was significant fraud that played a part in this past election. If Joe Biden and Kamala Harris are sworn into office under those conditions, it will be a black cloud hanging over their head for four years and will stick with them at their next go around.

By not supporting Trump and ensuring a Biden victory, Chris Christie (and any other Republican thinking of running) is ensuring a push over Democratic opposition in 2024.  If this situation were reversed and Donald Trump won, then they would still be able to run.  But they would have no guarantee of a Biden or Harris as an opponent.  Instead, they might find themselves facing off against the next Bill Clinton of Barack Obama.

Thinking about the next election may be distasteful given that we just went through an ugly one that seemingly isn’t over yet.  But the fact is, there are dozens of Senators and Governors and former Governors and others out there right now thinking about it.  They’re talking about it with advisors behind closed doors (or in Christie’s case in front of microphones).  They’re weighing their votes in the Senate and their decisions as governors with that end goal in mind.   They are plotting and planning their positions for the fight ahead.  They are determining which constituents they want to appeal to and what big donors they should court. And all of this will be upon us and in our face far sooner than any of us would like.