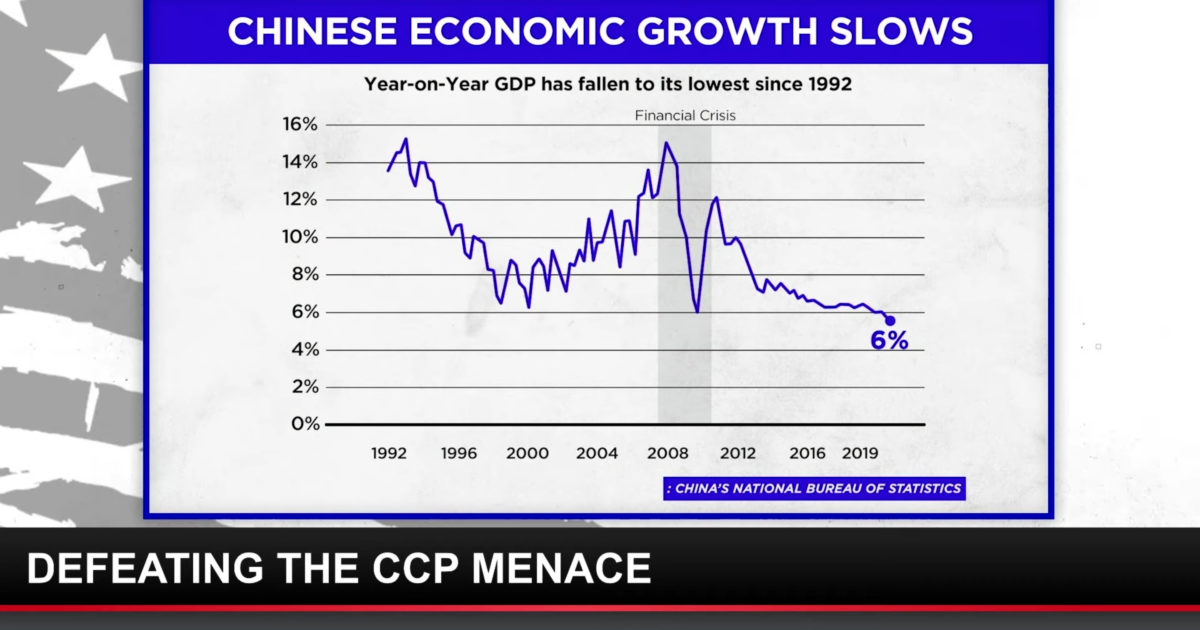 China may seem tough but Buck Sexton on Friday explored the question: Is the so-called People’s Republic really “a paper tiger” in many ways?

Buck Sexton pointed to China’s economic downturn, the presence of several U.S. allies in the region, and ongoing border disputes with eighteen countries. He was joined by the Mercatus Institute’s Weifeng Zhong to discuss how American can hold the line against the communist regime in Beijing.

According to China’s own National Bureau of Statistics, the world’s second-largest economy has slowed to its lowest level of GDP growth on record, Sexton reported.