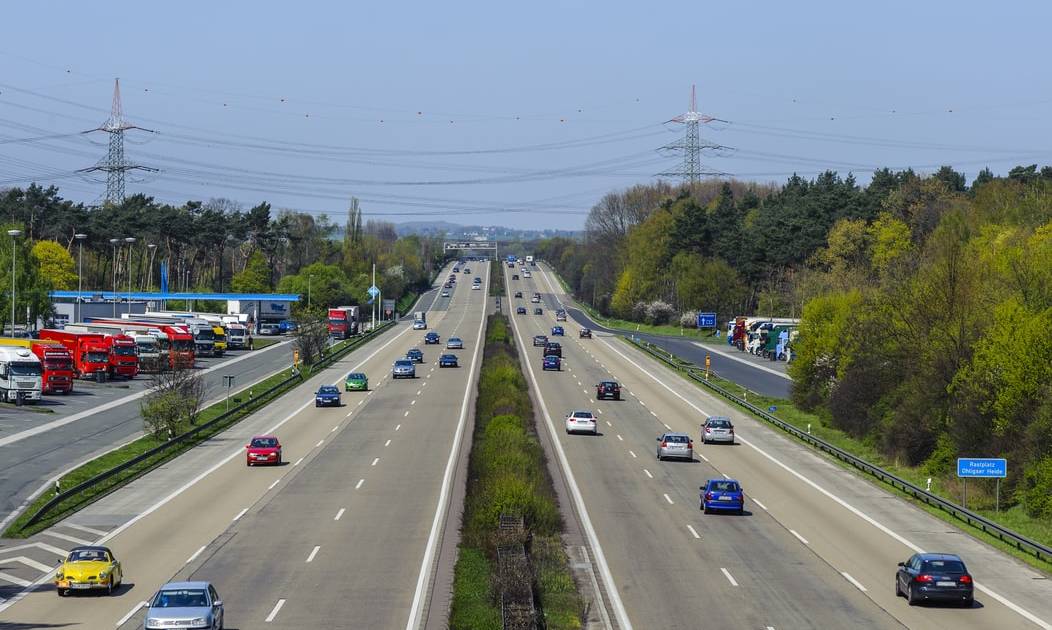 Infrastructure week has been a long time coming, but yesterday President Biden unveiled a new $2 trillion spending plan to update America’s ailing roads, bridges, and other infrastructure. Infrastructure spending is popular among voters of both parties, but the irony is that these days the two parties can rarely come together to pass an infrastructure bill.

During his 2016 campaign, President Trump promised a $550 billion infrastructure bill, but that money never materialized as Mr. Trump focused his energies on building the wall rather than rebuilding roads. President Obama passed the American Recovery and Reinvestment Act as well as another $305 billion bill in 2015, but these pale in comparison to the size of Biden’s proposed plan.

Biden’s bill, the American Jobs Plan, actually contains a lot more than just infrastructure. CNBC provides a rundown on the provisions of the bill, which includes:

Unlike many things that the government does, infrastructure spending is a constitutionally enumerated role of government. Among the congressional powers that include infrastructure are the power to establish post roads (and by extension other infrastructure used to transfer mail), regulate interstate commerce, and provide for the general welfare.

And there is a legitimate need for infrastructure repair in much of the country. The American Society of Civil Engineers 2021 report card rates the national infrastructure as a C-. Among the topline items in the report are the statistics that a water main breaks every 6 minutes leading to the loss of 6 billion gallons of treated water annually and that 43 percent of public roads are in poor or mediocre condition. More than seven percent of the nation’s bridges are considered structurally deficient, which sometimes leads to deadly collapses.

Although roads are funded by the Federal Highway Trust Fund through a gas tax, this mechanism has developed problems in recent years. As cars have become more fuel-efficient, roads have seen increasing use while gas tax revenues have remained stagnant. Further, because the gas tax has not kept pace with inflation, the trust fund’s purchasing power declined as construction became more expensive.

Infrastructure spending is needed, but one of the big downsides of the bill is its price tag. The national debt currently stands at more than $28 trillion, about 129 percent of GDP, and the Biden bill would obviously add to that. There is a fundamental disagreement between conservative economists concerned about the debt and liberal economists who say that the real danger is inflation. As we are currently in uncharted economic territory, no one really knows for sure.

The situation is a lot like a rundown store that is in need of repair but that is also deeply in debt. In order to attract new customers, the store needs to modernize and remodel. The problem is that remodeling costs money and puts the store’s owner is already deep in debt. If the owner decides to take out a loan to remodel, he would be wise to focus on practical renovations that will yield a rapid return, rather than nice-to-have items that won’t increase business.

Regardless of how you view the danger of national debt, the more debt that businesses – or countries – carry, the harder it is to pay it off. As the debt level rises, interest payments make up an ever-larger share of the budget and crowd out other items. Interest on the national debt currently stands at eight percent of the federal budget.

The other big problem is that the Democrats don’t have the votes to pass the bill because, even though Republicans were anxious for a Trump infrastructure bill, the chances of enough senators crossing the aisle to break a filibuster are somewhere between slim and none. That’s why Chuck Schumer is considering implementing a tactical nuclear option.

Since Democrats haven’t persuaded Joe Manchin and Kyrsten Sinema to jettison the filibuster, the Senate majority leader is threatening to use a second budget reconciliation to pass the measure. There is typically only one budget resolution per year and Democrats used this year’s resolution to pass the COVID relief bill.

However, there is precedent for a second bill. The Center on Budget and Policy Priorities notes that in 2017, Republicans used one reconciliation for the 2017 fiscal year and then passed a second for fiscal year 2018. Nevertheless, the Republicans would certainly become apoplectic if Schumer and the Democrats used the tactic.

Using this tactical nuke wouldn’t end the filibuster, but it would move us a step closer to the day when the full nuclear option is invoked and the filibuster goes the way of the dodo. If moderate Republicans want to preserve the filibuster, it would behoove them to negotiate a responsible and practical bill in good faith, rather than digging in their heels and just saying “no.”

Using a budget resolution would place another limitation on Democrats. Budget resolutions are required to be revenue neutral so the bill’s spending would have to be paid for. That means either a tax increase or spending cuts. Guess which one the Democrats have opted for.

Currently, the Administration plans to increase the corporate tax rate to 28 percent from the current 21 percent where it has been since the Republican tax reform in 2017. The tax hike would still leave the tax rate lower than the old, pre-tax reform, 35-percent rate. Biden would also increase the corporate minimum tax for multinational corporations to ensure that those companies pay at least 21 percent to any country.

While I don’t favor an increase in the corporate tax rate, I also don’t think it would be the disaster that many predict for several reasons. The US had a strong economy when the tax rate was at 35 percent and the bill would only take us halfway back to the old tax rate. The 28-percent tax rate would not be among the highest in the world, as the old 35-percent rate was, although it would be above average.

Second, as I’ve written in the past, the world is on the verge of an economic boom that will be fueled by the end of the pandemic. A modest corporate tax increase won’t kill that boom, but it might dampen it somewhat. I’m not sure the effect would be noticeable to casual observers in the economic surge that we are about to experience.

Finally, I have to point out once again that, even though I supported tax reform, the cuts to the corporate tax rate never paid off in terms of growth and were disastrous for the deficit. White House budget data shows that tax reform led to flat revenues (even with increased tariffs) and a sharp increase in the deficit, even before the Coronavirus pandemic sent the budget over the cliff.

Like Moltke the Elder’s observation about battle plans, almost no legislation survives contact with the opposition. The current proposal should be viewed as an opening offer and will undoubtedly be changed as the bill moves through Congress.

In my opinion, the Biden Administration ought to scale back its request and target transportation infrastructure areas that are most necessary. At the same time, if Democrats insist on a tax increase, Republicans ought to keep the increase as small as possible and try to balance it with cuts elsewhere. An obvious place to start is the entitlement monster that is slowly devouring the rest of the federal budget.

Perhaps Republicans can work with the Biden Administration to repeat the bipartisan coalition that reformed the welfare system under Bill Clinton. Maybe that’s too much to hope for but stranger things have happened.

Shifting gears, I also want to point out another news item on a completely different topic. The leading causes of death data cited in the Journal of the American Medical Association noted that suicides in 2020 continued a decline that began in 2018, falling from 47,511 to 44,834. This represents a statistically significant 5.6 percent decline.

The top three causes of death were heart disease, cancer, and COVID-19. Heart disease deaths increased by 4.8 percent while cancer deaths fell by about a tenth of a percent. Of course, there were no prior Coronavirus deaths in the US before 2020.

The data also calls into question claims that social distancing and closures led to excess deaths because people were unable to see doctors for routine medical care. At best, the data on that question is muddled. There might be some support in the heart disease numbers but not in the cancer statistics. In the end, it may take years to settle the second question as long-term trends are analyzed.

For now, however, we can say that fears of a wave of pandemic-related suicides were misplaced while the concerns about the Coronavirus itself were borne out as the death toll from COVID-19 went from zero to 345,323 in less than 12 months.