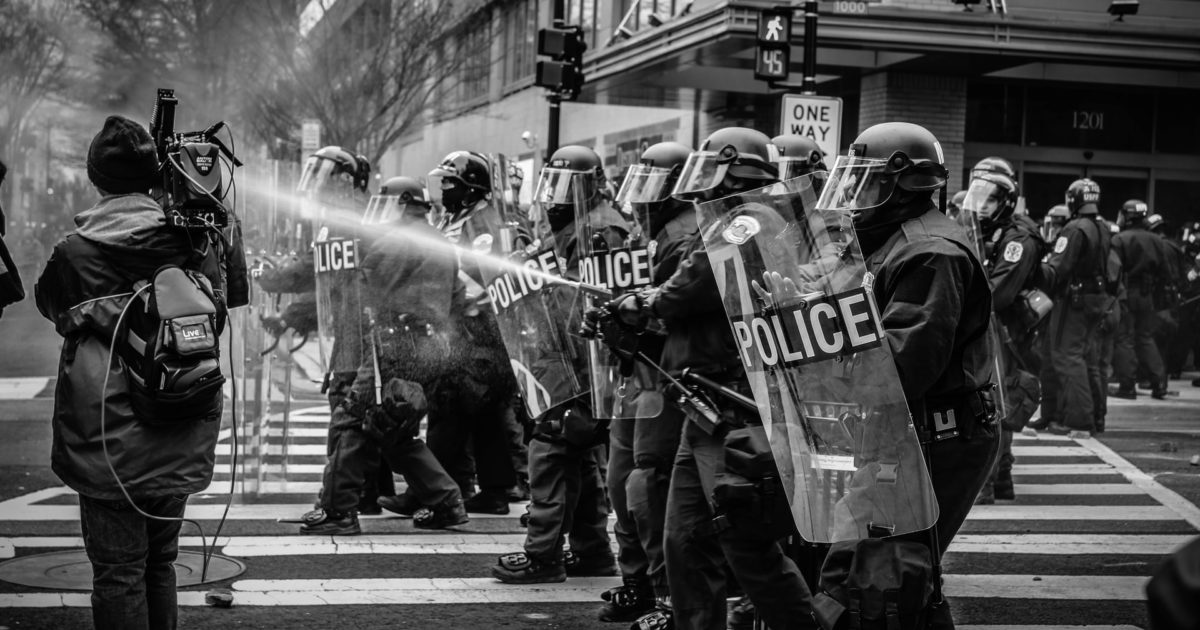 One of the notable and disturbing things about this year’s elections is the feeling that the country is sitting atop a powder keg with a sputtering fuse. I have never seen an election (in this country at least) where there was such a palpable feeling of impending violence as this one. In fact, I have never experienced an American election in which the possibility of political violence was considered to be higher than remote. 2020 is different.

Given the violence that we have already seen from the left this year, I think that if Donald Trump beats the odds (currently 96 percent against him per FiveThirtyEight) and wins a second term that there will definitely be rioting in major cities across the country. The shock and numbness that permeated blue America in 2016 will be replaced with disbelief and anger that will almost certainly spill into the streets.

But it isn’t only the left that is the problem. This year we have also seen a rising tide of right-wing threats and violence. These incidents don’t yet match the scale of Black Lives Matter rioting, but include armed protesters occupying the Michigan state capitol, the Kyle Rittenhouse shootings, a plot to kidnap several governors, and an incident over the weekend in which a convoy of Trump flag-flying vehicles “escorted” a Biden campaign bus down a Texas interstate. Video of the incident shows reckless and threatening driving as well as apparent attempts to ram other cars.

This doesn’t feel like America. At least no America that I’ve ever seen. People who lived through 1968 might find some similarities.

The core problem is that both sides have demonized the other to drive up their base turnout. It isn’t enough to call Joe Biden a liberal with bad ideas. He’s a socialist who wants to destroy America. Donald Trump isn’t just a bad president. He’s a racist and a fascist who is destroying the country and intentionally letting people die of Coronavirus.

We need to tone it down. We are all Americans and we all want what is best for our country. We disagree on what is best, but we need to at least start with the premise that the other side is not out to purposely destroy the nation. You can’t find common ground with people who you believe are trying to destroy you, and we desperately need to find common ground and unity.

True to form, President Trump has poured fuel on the fire. The president has claimed for months that if he loses it will be due to voter fraud. Never mind the bevy of polling that shows that the president has been consistently trailing Biden for the entire campaign. These baseless allegations of widespread fraud are turning up the heat and may provide the spark that ignites our national tinder box if the president loses.

While I am concerned about the possibility of BLM-style riots if Trump wins, I’m also concerned that President Trump may not accept the results of the election if he loses. Why? Because Mr. Trump has spent months laying the groundwork to undermine the integrity of the election and cast doubt on its outcome.

Adding to the mix is the likelihood that the election results may not be available until well after Election Day. If exit polls show Trump leading on Election Day but subsequent counting of early votes and absentee ballots shifts the lead to Biden, it is very possible – maybe even likely – that many Trump supporters won’t accept the outcome of the election.

One difference between the two sides is that Joe Biden does not seem to exercise control over many of the people who are likely to take to the streets if Trump wins. In that scenario, the rioters are likely to be more directed by anti-Trump fervor than pro-Biden sentiments. On the other hand, Trump supporters would be very likely to take direction from the president. President Trump’s words matter and he needs to choose them carefully.

I hope that I’m wrong. I hope that the aftermath of the election is peaceful and that none of this comes to pass, but at this point, the possibility seems all too real.

Both sides claim to love America. One way to show it is to not injure and kill your fellow Americans and destroy large chunks of your country because you didn’t like the outcome of the election.