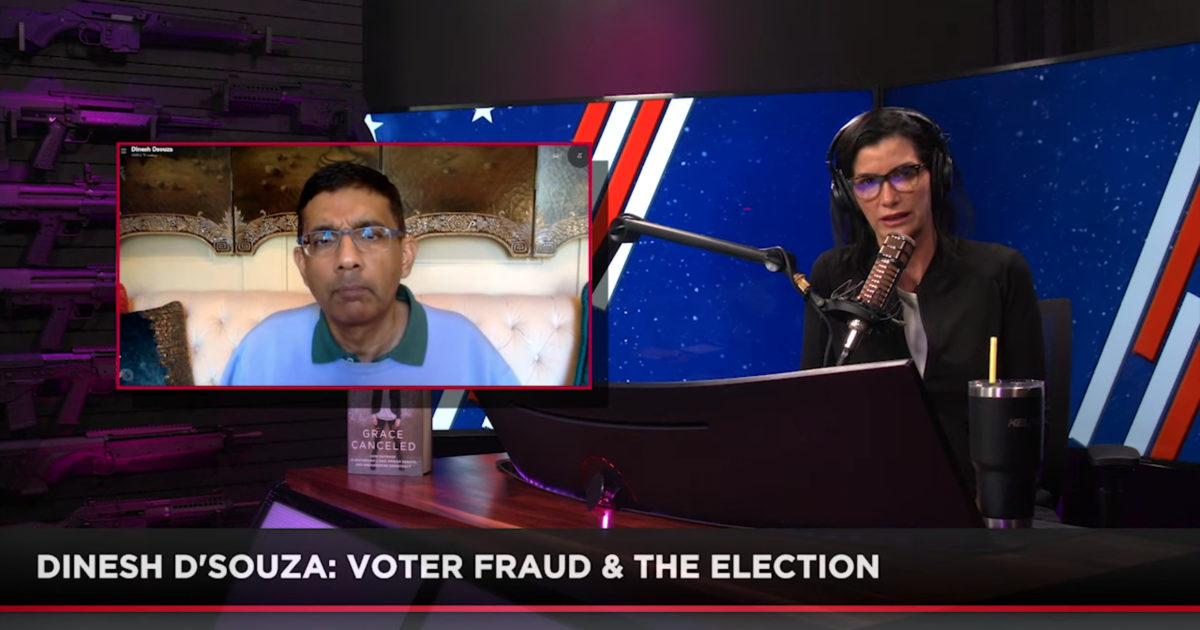 Dinesh D’Souza joined Dana Loesch on Monday to discuss the allegations of voter fraud which have taken on a new level of alarm as questions revolve around the integrity of the voting machines themselves, he explained.

The scholar, author, and filmmaker argued that we may need to consider options such as civil disobedience if there is evidence which proves widespread voter fraud exists and the grievance is not sufficiently addressed.

“If there is a systematic rigging of the elections… it ultimately raises the question of whether we still even have a democracy let alone a country.”