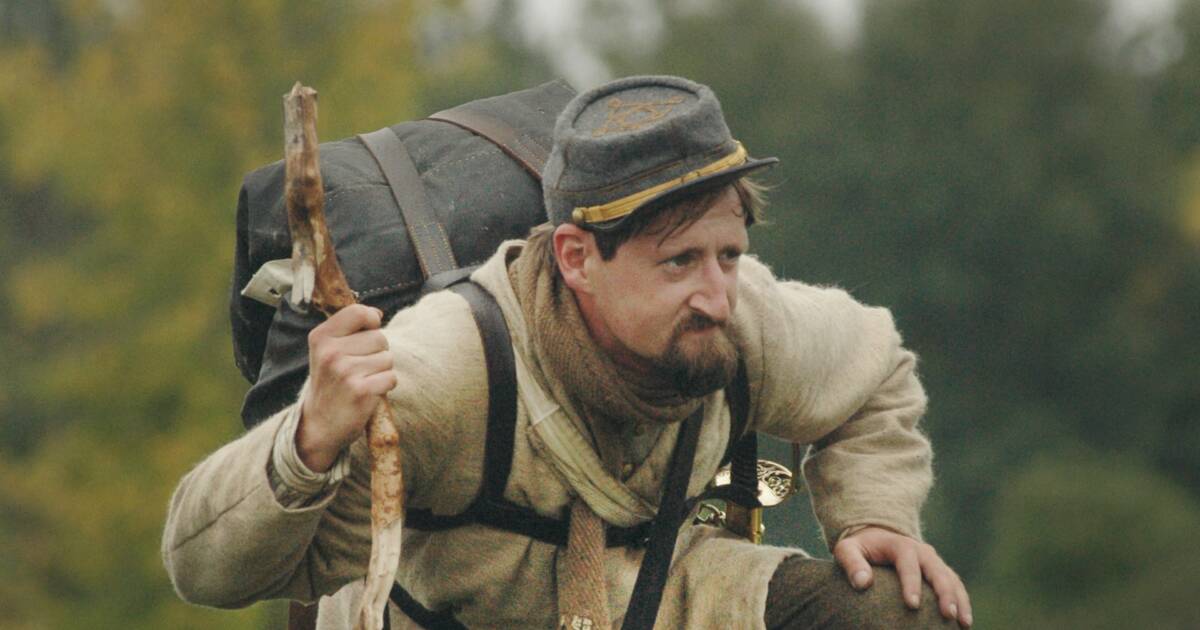 I try not to write too many columns based on tweets, but occasionally something needs to be addressed. That’s the case today as I respond to a tweet by Buzz Patterson.

You may not know Patterson. I don’t either, but he bills himself as a Red State columnist, New York Times best-selling author, and media personality. I don’t know Buzz and I don’t follow him, but the following tweet showed up in my feed and got my attention.

I’m sure that Buzz really believes this. And what is concerning is that this is not an uncommon sentiment. I hear a lot of my Republican friends talking about civil war. And when I say they are talking about it, I mean to say that that they talk about longingly in many cases.

That’s not exactly new either. I’ve known folks on the right to consider the possibility of civil war for a long time. The memes of men wearing women’s clothing with the tag line, “The second civil war might be brief,” have been around for about as long as there have been internet memes. In fact, Buzz’s tweet is right along the same line.

The problem is that it is becoming an article of faith for many on the right that the right can take the left in a civil war. Not only that, but it seems that in the age of QAnon and claims of stolen elections and the belief that federal agencies are persecuting former presidents that a great many folks on the right are coming to the conclusion that another civil war is necessary.

The right needs to disabuse itself of both notions.

Let’s take the second part first. We live in a democracy (yes, it’s also a republic, but the term “democracy” also applies). In a democracy, the way to accomplish your goals is to win people over to your side by having good ideas and good candidates. Republicans should ask themselves why Americans would join them in a revolution if they won’t vote for them at the ballot box.

And don’t tell me that if it weren’t for the stolen election that Republicans would be in power. The stolen election lie has been debunked to death, but the bottom line is that Trump’s lawyers could not find convincing evidence to present in court to support their claims.

In fact, Trump lawyer Sidney Powell admitted in a court filing that the Kraken claims were bogus. As she attempted to fight off a defamation lawsuit from Dominion Voting Systems, Powell and her lawyers wrote, “No reasonable person would conclude that [her] statements were truly statements of fact.”

In other words, they were lying the whole time and now they add insult to injury by claiming that their target audience was too stupid to know that their claims were unreasonable.

As to the second tenet, the belief that the right would easily defeat the left, let me start by saying that the Confederates thought that they would easily “whup up on” the Union back in 1861. History is filled with wars lost by people who expected an easy victory.

Let’s look at a few facts. Buzz is demonstrably wrong when he says, “We have all the guns.” Whether “we” is Republicans, Trumpists, One Percenters, or whatever, no political faction has cornered the market on guns. The very fact that Republicans are afraid to travel to the poor neighborhoods of Chicago or any other big city is evidence that other, non-Republican folks have their own guns.

In fact, recent polling by Statistia found that about 20 percent of Democrats own a gun and 30 percent report living in a household with a gun. A great many new gun owners are minorities who would be unlikely to agree with Buzz’s political aims.

Are Democrats and minorities gearing up for a civil war? Some might be, but it’s likely that more are concerned about personal safety and home protection in a sometimes violent world. That’s especially true in areas where minorities may not feel adequately protected by police.

Plus, shooting is fun. It isn’t only white Republicans who acknowledge this fact.

Even if Republicans did own all the guns, not every Trump voter is going to join a revolution against the Democrats. There is a vast difference between casting a ballot and taking up arms for a political leader. Buzz should keep in mind that a great many people who voted for Trump did so grudgingly. And a lot of those people swore they would never do so again after January 6. They won’t be willing soldiers in the revolution.

Buzz should also think twice if he assumes the military would be on his side. One of the by-products of the colorblind military is that a large share of soldiers are nonwhite. Forty-two percent of military personnel are minorities and can be considered unlikely to join a MAGA revolt.

But the 58 percent of the military that is white wouldn’t necessarily join the revolution either. As with gun owners, being conservative or a Republican is not the same as being ready to commit treason.

Think back to January 6. I’ve always suspected that the insurrectionists really believed their own propaganda. They thought the police and military would join their cause rather than doing their jobs and attempting to keep the rioters from killing Congress and the vice president and overthrowing the president-elect.

This theory goes a long way toward explaining why the insurrectionists were so vicious in their attacks on Capitol Police. They fully expected to be invited in and have the cops join the mob. When the police stood strong, they felt betrayed and took out their frustrations on the thin blue line that stood in their way.

To be sure, there were an alarming number of current and former military and law enforcement personnel involved in the attack on Congress, but they were the exceptions rather than the rule. If police departments and military services are smart, they are examining their ranks, not for Republicans, but for extremists who would violate their oath to defend the Constitution by taking part in an armed revolt.

I’m confident that if the Buzz Pattersons of this country try to rise up, the vast majority of military members and law enforcement personnel will follow their orders and defend the Constitution against the rebels. I’m confident in that fact, but I do hope that my theory is never tested.

I won’t go too deeply into the quality of right-wing footsoldiers, but I will point out that there is an equal and opposite series of memes from the left that focuses on militia members. These memes include captions such as “Meal Team Six,” “Gravy Seals,” and “Cosplay Commandos.” Sometimes the left can meme.

I don’t want a civil war. I don’t want political violence. Starting a war that will result in large numbers of dead Americans is the opposite of making America great again. In a civil war, both sides would lose.

I want to return to an America where those who preach violence and long for civil war are pariahs. I want an America where we settle our differences peacefully at the ballot box and accept the will of the voters, even when we disagree with their choices.

If Republicans are so confident that their party embodies the will of the people, they should be able to prove it on Election Day. If they can’t, then maybe they need to reevaluate their assumptions before they march off to war because a party that cannot win at the ballot box does not have the support of the people.

And if Republicans want to win the support of voters, they should stop talking about starting a civil war. Such talk makes them sound crazy and voters tend to reject crazy. Well, most of the time anyway.