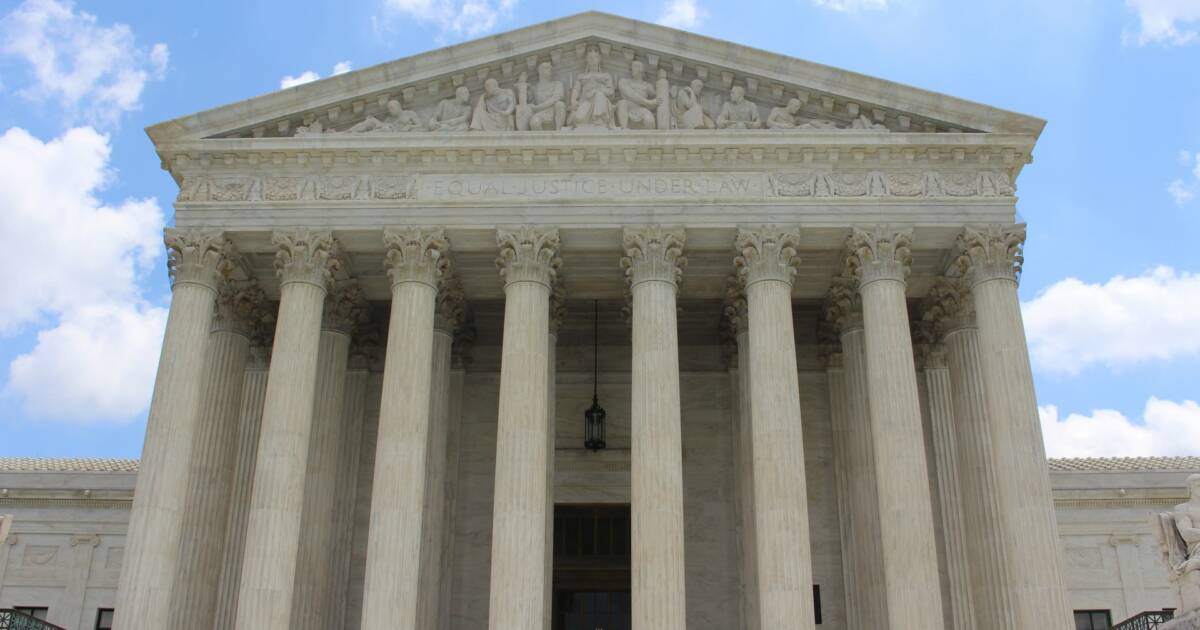 Anyway, not too far into his tenure as president, Biden signed an Executive Order that empaneled a bipartisan commission that would examine ideas for reforming the Supreme Court. This was an obvious response to progressive calls to expand the Court in response to President Trump’s appointments of three new justices, appointments which may tip the Court to the right. I say “may” because this is still somewhat in doubt as Chief Justice John Roberts moves toward the center in a great many decisions.

After eight months of deliberations, the commission has completed its final 294-page report (a good chunk of which is footnotes) and presented it to the president. The commissioners endorsed their product with a 34-0 vote so one thing that cannot be said is that the progressives on the body ran roughshod over the conservatives. There was input and agreement from both sides.

The report does more than to just address expanding the Court. It also looks at other suggested reforms such as term limits for justices, restricting jurisdiction, requiring a supermajority for certain cases, legislative overrides of Court rulings, reining emergency orders, and increasing transparency.

The current move to expand the Court stems from what Democrats call a violation of norms by Republicans who refused to confirm President Obama’s appointment in an election year but who then rushed to confirm President Trump’s pick in 2020 on an even shorter timetable. Proponents of expansion also argue that even the possibility of expansion could act to moderate the Court and that an expanded Court could give an increased diversity of backgrounds and perspectives.

Interestingly, both sides claim that their side is protecting democracy by either expanding or preserving the Court. I think that most people on both sides believe it when they say so.

In the end, the commission decided not to endorse either side, noting that “there is profound disagreement among Commissioners over whether adding Justices to the Supreme Court at this moment in time would be wise. As a Commission, we have endeavored to articulate the contours of that debate as best as we understand them, without purporting to judge the weight of any of the arguments offered in favor or against calls to increase the size of the Court.”

The commission also discussed two other “structural reforms” to the Court. The first would involve a “shifting or rotating set of nine (or more) Justices from among a larger set of Article III judges.” The second would involve having justices sit on panels to hear cases. This panel system could take a variety of forms including having different panels for different types of cases or having justices randomly assigned. The commission concludes that the legality of these reforms is questionable due to the Constitution’s specification that “[t]he judicial Power of the United States, shall be vested in one supreme Court” [emphasis in the report]. A proposal to give ideological balance to the Court also runs afoul of the Constitution’s stipulation that presidents nominate justices.

At the present time, there is no real chance of expanding the Court because Democrats don’t have the votes. They are likely to be even further away from that goal after the 2022 midterms, so the sections on court-packing are probably the least interesting reforms covered by the report. There are other proposals that might win some Republican support, however. Term limits are one example.

The report notes, “The United States is the only major constitutional democracy in the world that has neither a retirement age nor a fixed term limit for its high court Justices.” Forty-seven states also mandate term limits for judges.

There is a strong argument that it is not in the national interest for justices to stay on the bench until they die or can time their retirements to take place under an ideologically friendly administration. The possible structures of term limits are limitless, but Court discusses staggered 18-year terms (although 12-year terms would also reportedly work well), which “would ensure that all Presidents have the opportunity to appoint two Justices to the Supreme Court in each term they serve.”

“This predictability, proponents argue, would strike a more appropriate balance than the current system between two important features of our constitutional system of checks and balances: judicial independence on the one hand and long-term responsiveness of the judiciary to our democratic system of representation on the other,” the report continues.

An advantage to this system would be that the makeup of the Court would reflect the will of the voters rather than the whims of fate and the health of the nine sitting justices. The parties would have to nominate credible presidential candidates to influence the balance of the Court rather than having some presidents hit the jackpot with a plethora of appointments while some go for their entire presidency without a single nomination.

Opponents of term limits offer a variety of arguments that range from increasing the politicization of the confirmation process to unintended and unforeseen consequences that would be impossible to predict. A major problem with term limits is that they would probably require a constitutional amendment, although this is debated. The Good Behavior Clause is generally interpreted to mean that justices serve a lifetime appointment as long as there is no cause for impeachment.

Requiring an amendment would effectively mean that it won’t happen anytime soon. Even a few Republican votes would leave the effort short of a two-thirds majority in both houses of Congress or state legislatures and Democrats can’t be sure that all of their own members would vote for reforms.

Fixing the details of a transition to fixed terms would provide more opportunities to lose more votes as well. Congressmen who agree with term limits in principle could find a dozen reasons to vote against any concrete proposal that comes before Congress.

Another potential reform is jurisdiction stripping. The Constitution states, “The supreme Court shall have appellate Jurisdiction, both as to Law and Fact, with such Exceptions, and under such Regulations as the Congress shall make” [emphasis in the report]. Exceptions have been made in past, such as the 1789 Judiciary Act, which, as the report states, “made no provision for Supreme Court review of criminal cases tried in the lower federal courts.” In 1996, Congress limited the Supreme Court’s ability to review state death penalty cases in a law that the Court itself upheld. In 2006, Congress also stripped all US civilian courts of the ability to rule on cases about noncitizen enemy combatants. More frequently, Congress has limited the jurisdiction of lower courts.

Jurisdiction stripping works in certain limited cases but might cause problems if it was implemented on a broader scale. For example, if Congress tried to strip the Supreme Court of the ability to rule on all cases that involve cultural issues, there might be unintended consequences. Such a broad limitation might not even be constitutional. The Supreme Court would ultimately decide.

A supermajority requirement is an additional idea. Many landmark cases that left deep marks on the country have been 5-4 decisions with a single swing justice marking the difference between two extreme alternatives. Since 1823, at least 60 proposals to require supermajorities in at least some cases have been considered and failed.

Depending on your perspective (and probably on the individual case being considered), there is concern that a supermajority requirement could make it too difficult to protect constitutional rights. For example, conservatives would appreciate the supermajority in a case that attempted to restrict Second Amendment rights but would find the requirement annoying in a case that attempted to expand religious freedom. With any reform, there is both an upside and a downside.

The last chapter of the report deals with emergency orders. Both sides seem to understand the need for emergency orders in an age of nationwide injunctions and orders from lower courts and issues that need to be rapidly decided, for example, challenges to COVID-19 pandemic restrictions. Requests for stays of execution also fall under this category.

The commission suggests that the Court give reasons when it issues an emergency order to aid in transparency. In many cases, orders are simple one-page documents with no details about the Court’s reasoning. An additional reform would be to clarify that emergency orders are of limited value as precedent when compared full cases argued before the Court. The need for emergency orders could be reduced by passing a statute that limits the ability of lower courts to issue injunctions outside their jurisdictions.

With respect to executions, there are two possible reforms. The first is to provide for automatic stays at certain stages of the appeals process. The second is to reduce the number of votes required to stay an execution from five to four. As the report notes, “It takes four votes to put a case on the court’s docket via a writ of certiorari, but it takes five to stop an execution.”

The Supreme Court and our judicial system are not perfect. The courts do make mistakes and there is room for improvement. I’m not in favor of expanding the Court, but I could find myself signing on to some of the other suggested reforms.

However, I don’t foresee any changes in the Court anytime soon unless the justices decide to adopt them unilaterally. After all, if 34 commission members can’t agree, what hope is there that 535 members of Congress will get on board? We are just too divided to pass a statute reforming the Supreme Court, much less a constitutional amendment. That doesn’t mean that it isn’t worth talking about, however.