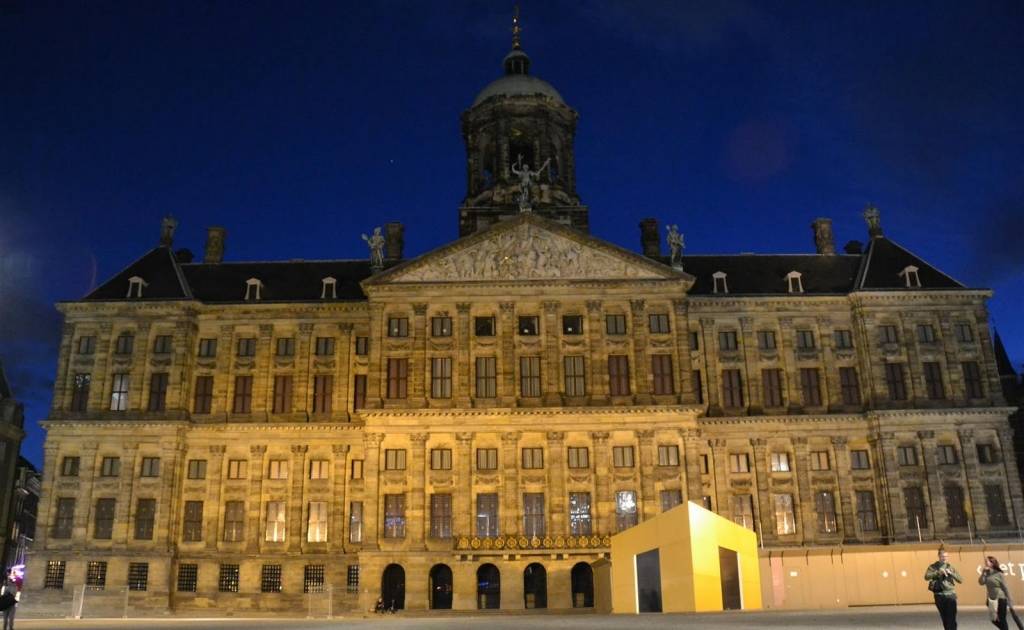 Like many Americans, I’ve learned a lot about the British royal family over the past few days.  Granted, these lessons have mostly been against my will, but I have learned, none the less.

What Twitter also told me, unintentionally I’m sure, was that the British royal family has a crisis on their hands.  Now, I’m sure you knew this too.  But this is a crisis for which the family is ill prepared.  It is a crisis that has engulfed much of the western world and now, in their well-guarded isolation, the house of Windsor is set to feel it as well.

Thanks to my freshman class in world history, I learned long ago that the British throne has lasted as long as it has for one very important reason: when they faced pressure, they bent but never broke.

While the throne has undergone several dynasty changes over the years, its roots can be traced back to the year 1066 when William the Conqueror crossed over the channel from Normandy, France and successfully enforced his (somewhat dubious) claims to the English crown by force at the Battle of Hastings.  Since that time, every monarch to sit on the thrones has descended from him in one way or another.

But this has not always been easy.

The first challenge to the power of the throne came in 1215 at Runnymede when the nobles and the king agreed to the Magna Carta.  This document, while doing little to curb the actual power of the king in practice, was an important first step in that it at least forced the monarch to recognize in writing the rights of some of his subjects (i.e. the nobles).  Together with the formulation of this historic document was the creation of the Parliament.  At the time, this was a collection of nobles whose interest was in protecting their rights as outlined in the Magna Carta. This is considered a watershed moment in western civilization, a first step toward democracy.

Actual respect for the Magna Carta by the kings of England was haphazard to begin with.  But over time, through a compromise here and a concession there, the power of the throne yielded just a little more to the power of the Parliament.

The next great bend by the British monarchy came several hundred years later, during the English Civil War and its subsequent glorious revolution.  During this period, the monarchy was briefly replaced by the Commonwealth and the rule of Oliver Cromwell.  Fortunately for the royals, Cromwell’s misguided and heavy-handed rule left the country aching for a return to monarchy.  And so it was that Parliament recalled their monarch.

But the crown would have to pay a price for its return to power.  That price was a Bill of Rights that outlined many ways in which the King would be subject to Parliament.  This document and the outcome of the wars surrounding it made clear that Parliament now wore the pants in their relationship with the king.

Perhaps the greatest demonstration of the resilience of the British throne, however, came during the First World War.  The brutality of the fighting that went on in the trenches of Europe is staggering and well known.  The numbers of dead and wounded mark the pages of history and were felt for generations afterward.

What many people don’t realize, however, is just how much economic and political stress was placed on the governments of the countries involved in the war.  Of the five major billigerents of the war, four were governed by old, well established monarchies.

First there was Germany, which was ruled by the House of Hohenzollern.  This family had ruled a united German Empire since the 1870’s but had ruled the German kingdom of Prussia since the sixteenth century.

Next was the Empire of Austria-Hungary which was ruled by the House of Habsburg.  This house had roots dating all the way back to the eleventh century.

Russia was ruled by the House of Romanov.  The foundations of this family can be traced to the year 1613.

And (of course) Britain, which was ruled by the House of Windsor.

France, the other great power during this war, was Republican at this point as was the United States (which wouldn’t actually enter the war until very late in the game).  Italy entered the war later on as well but had a much younger monarchy than these others.

Of these four great monarchies, only one survived the pressure brought to bear on their country from the Great War.  That was the Windsors.

Both Kaiser Wilhelm of Germany and Charles I of Austria-Hungary were forced to abdicate their thrones at the end of the war and both monarchs would die in exile.  The most tragic story was that of the Romanov’s of Russia.  Forced to abdicate in the face of the communist revolution in March of 1917, Czar Nicholas II and his family were denied asylum by both Britain and France.  Consequently, they were placed under house arrest by the communists and shortly after 2:00 a.m. on July 17 of 1918, Nicholas II, his wife, and their children were executed by firing squad.

Through all of this, though, the British royal family kept chugging along.  They kept up their position of figure head of their otherwise democratic country.  They saw it through good times and bad, and generally enjoyed a fair amount of public support.

Now, at the outset of the 21st century, after almost a thousand years of facing down international wars against some of the greatest tyrants in history, after surviving internal power struggles, after building a global empire, and after hammering out a governing system with Parliament which made Britain (for a while at least) the freest and most prosperous country on the globe, the British royal family is facing one of its greatest threats, wokeism.  Like it does in so many cases, wokeism is coming at them in the form of an angel faced actress pretending to be a victim against the evidence of her posh lifestyle.

There are a couple of reasons wokeism is a particularly egregious threat unlike any that the royal family has faced before.

First, wokeism carries with it several aspects that are similar to religion.

All religions on Earth attempt to answer two fundamental questions.  These questions are what is wrong with us and how do we fix it.  Or, to put it in medical terms, all religions attempt to diagnose the human condition and prescribe a remedy.

Wokeism, while not a religion in the traditional sense, also tries to answer these questions.  To the wokeist, the problem of humanity is an imbalance of power between identity groups.  The solution, though, is a bit more vague, but it largely involves becoming aware of where one stands in this power structure and working to alleviate the suffering (both real and imagined) of the powerless.  Most commonly, the identity groups within this structure are distinguished by race and sex.

Not only is wokeism like religion in its attempt to answer these questions, but, like religion, wokeism also carries with it a particular level of devotion among its adherents that drive them to extremes.  The stories of Christians showing a willingness to be martyred for their faith are legion.  There are stories of Buddhist monks undergoing a painful mummification process while still alive in order to achieve Nirvana.  Likewise, religion has driven many religious fanatics to commit atrocities in the name of their faith, 9/11 being the most prominent example.

In regard to wokeism, one need only look at the rioting and looting that often takes place in its name to understand the fanaticism of its adherents.

The second reason wokeism is such a unique threat to the royal family is that it is never satisfied.  This is primarily because it doesn’t define its terms.  Wokeists are happy to throw around terms like love, tolerance, equity, and others.  But what they mean by these is an open question.  If any of it is defined, they are quick to move the goal posts by redefining or outright ignoring the definition given.  In this way, they can always claim there is more to be done.

If they were to give their terms definite meaning, then once those goals were reached, they would lose their ability to manipulate and bully in the name of wokeness.  They would lose the excuse they have for bad behavior.  They are happy to have no end goal, nothing toward which to aim.  Because theirs is the religion of immaturity.  It is the religion of zeal for the sake of zeal.

But wokeism is never satisfied.  These social justice warriors are forever looking for more things to be offended by, more things that they can claim are racist, more reasons to protest and boycott and petition and go in front of the cameras for.

The royal family has everything it could ever need.  But none of it will ever be enough to satisfy the woke mob.

Finally, wokeism is a unique threat to the royal family because what would be a weakness in any other enemy is a source of strength in the woke mob.  That is victimhood.

In times past, if Parliament got restless, the crown would just hand over a little more power.  If a colony got restless, the crown would allow them just a little more autonomy.  Every time they ran up against pressure of one sort or another, they would bend just a little.  In so doing, they never broke.  Now, however, the royal family of the United Kingdom of Great Britain and Northern Ireland is facing an enemy hell bent on breaking them.  Will bending be enough?  Can they bend anymore?

This crisis of wokeism is one that they have never faced before.  I don’t know how or even if they can whether it.  And I don’t know what the end result will look like one way or another.  But I do know that in the battle of the British royalty vs. wokeness, I, an American through and through, am cheering for the Royals.  And perhaps, if they can pull this off, there is hope for the rest of us too.