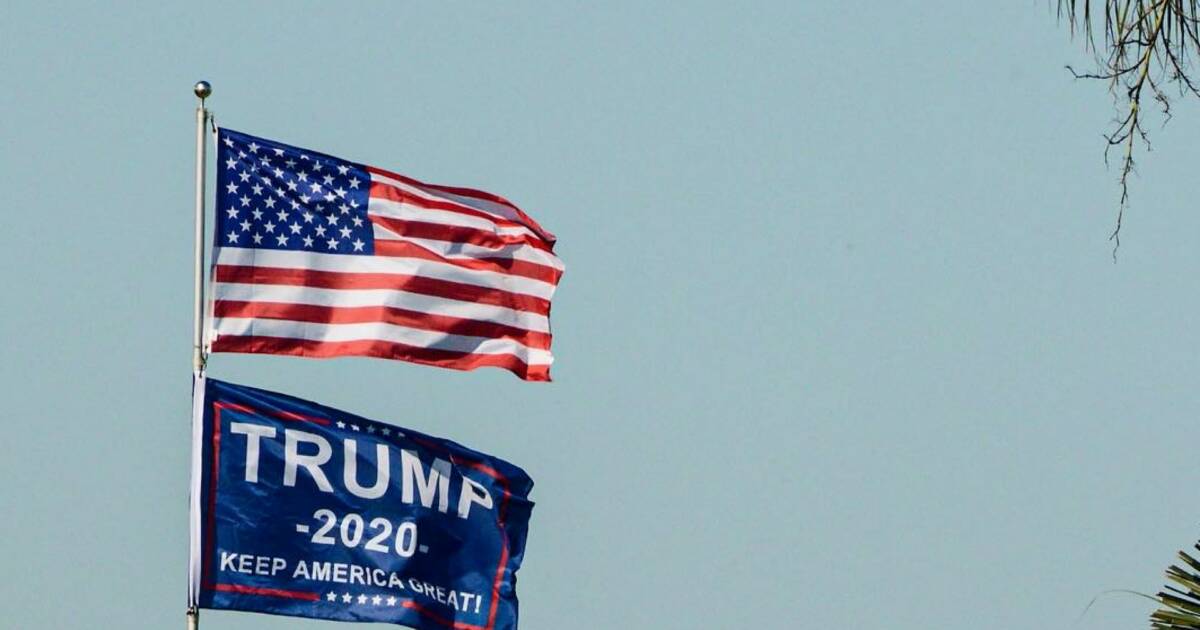 The election of 2016 seems like ancient history now. It was only six years ago, not even two full presidential terms, but the candidates who competed for the Republican nomination that year have dimmed considerably in both the national and the Republican consciousness. Some have been forgotten completely.

Matt Lewis, who arguably has the best podcast name in the industry (“Matt Lewis and the News”), recently jogged my memory about the 2016 Republican primary. Although he probably discusses the issue on his podcast, the prompt in question was a recent Daily Beast article that discussed how many former rising stars of the Republican Party have been destroyed by Donald Trump.

Lewis’s focus wasn’t specifically on the 2016 candidates, but the crowded field of 17 candidates generated a lot of optimism for a coming conservative golden age in the wake of the Obama Administration. The field that year was filled with very talented conservative thinkers and leaders, one of whom would surely vanquish Hillary and introduce the country to a new era of limited government and prosperity.

And then came Donald Trump.

Given Trump’s cult-like following in today’s GOP, it is sometimes difficult to remember that the Republican Party of 2016 was skeptical of Trump. In fact, Trump won with the lowest share of a primary popular vote (44.9 percent) of any major party nominee since 1988 when Michael Dukakis secured the Democratic nomination with 42.4 percent.

Trump won largely because there were too many alternatives. With 16 other candidates, the vote was split too many ways. Ironically, Republican winner-take-all primary rules designed to weed out insurgent candidates worked in Trump’s favor since there was no clear alternative. Republicans failed to unify against Trump as Democrats rallied around Joe Biden in 2020 over Bernie Sanders, allowing him to squeak to victory with less than a majority.

Now, six years later, we are preparing for another presidential campaign. Often the runner-up in the previous campaign is the favorite so where are the other 2016 candidates? Let’s run down the list:

John Kasich – The former governor of Ohio is currently 70 years old. Kasich became a CNN contributor in 2019 and spoke at the 2020 Democratic convention to endorse Joe Biden.

Ted Cruz – Cruz is still a sitting senator from Texas but has become somewhat obscure since carrying the Tea Party banner in 2016. Not popular even within his own party, Cruz came close to losing his 2018 reelection bid to Beto O’Rourke.

Marco Rubio – Rubio was my preferred candidate in 2016, but has since abandoned his conservative principles for populism and “common good” conservatism, which is essentially a right-wing Big Government philosophy. Rubio is embroiled in a tough reelection fight but should ultimately retain his seat.

Ben Carson – The neurosurgeon kept a low profile and survived the Trump Administration as Secretary of Housing and Urban Development. Since leaving office in January 2021, Carson has been mostly off the radar but was recently spotted in Michigan campaigning for John Gibbs, his deputy at HUD and a purveyor of conspiracy theories.

Jeb Bush – The man who was once considered to be the preordained nominee in 2016 recently emerged from obscurity recently to criticize Trump’s claim that Bush-41’s presidential papers were stored in a former bowling alley and Chinese restaurant and to discuss the response to Hurricane Ian.

Jim Gilmore – Does anyone even remember Jim Gilmore? The former Virginia governor and RNC chairman is now 73. Gilmore served throughout the Trump Administration as the US Ambassador to the Organization for Security and Cooperation in Europe.

Chris Christie – After giving Trump an in-kind contribution by destroying Rubio on the debate stage, Christie avoided impeachment and indictment in New Jersey’s “Bridgegate” scandal. He emerged as a Trump critic after January 6 and has recently criticized The Former Guy for taking classified documents as “trophies” and implored Republicans to reject conspiracy theories.

Carly Fiorina – Fiorina is another former candidate that it would take a search party to locate. The former Hewlett-Packard CEO seems to have landed in the world of business consulting.

Rand Paul – Like Cruz and Rubio, the former libertarian and current senator has become a staunch Trump supporter. These days, Paul is best known for his sparring with Dr. Fauci at congressional hearings over the origin of COVID-19.

Rick Santorum – Santorum has been out of the headlines but was recently spotted campaigning for Doug Matriano in Pennsylvania.

Mike Huckabee – Another candidate that I once liked (circa 2012), Huckabee now hosts a cable news show “exclusively” on TBN.

Lindsey Graham – Disliked and distrusted by almost everyone, Graham also became a staunch Trump supporter. He survived a somewhat close election in 2020 but won’t be rising higher than the Senate.

Bobby Jindal – Jindal is a former congressman and Louisiana governor. I can’t find any updates on his activities since 2016. Send out another search party.

Rick Perry – The former governor of Texas served as Trump’s Secretary of Energy until the end of 2019. Perry is now 72 and has recently been campaigning for Republican candidates including Adam Laxalt of Nevada.

Scott Walker – Walker was my early favorite in 2016, but the Wisconsin governor flamed out quickly. Walker also became a Trump apologist and was defeated in his campaign for a third term by Democrat Tony Evers in 2018. In 2021, he became president of the Young America’s Foundation and was appointed to the board of trustees for the Woodrow Wilson International Center for Scholars in the Smithsonian Institution by Donald Trump.

What is astonishing is that none of these 16 former Republican stalwarts is even being considered as a potential nominee in 2024. The honest truth is that most of them couldn’t get elected as Janitor-in-Chief in today’s Republican Party. Many would be considered RINOs and few would be able to bridge the gap between the Trump wing of the party and the remaining traditional conservatives. The fate of the 16 also-rans is just one indication of how far the Republican Party has moved in the seven years since Donald Trump rode down the golden escalator.

Lewis mentions a few other formerly popular Republicans like Nikki Haley and Liz Cheney. The pair have also frittered away their goodwill among Republican voters but in different ways. Haley veered from Trump critic to apologist and back again, losing the trust of both sides as she tried to straddle the fence, while Cheney angered Republicans by denouncing Trump’s bad behavior and backing up her words with votes. Of the two, Haley has better prospects but is in no danger of being drafted to run in 2024.

In fact, the only one of the 2016 candidates that any Republican seems to be interested in is Donald Trump himself. Despite his lies, abuses of power, and the fact that he lost a very winnable election in 2020, The Former Guy continues to top polls of Republican primary preferences for The Future Guy. For those of us who would like to see a return to conservatism and traditional norms in the GOP, that is depressing but unsurprising news.

The big picture here is that not only did Trump vanquish the 2016 field of Republican hopefuls, he also totally destroyed the GOP bench of prospective talent. Mr. Trump forced the candidates to choose between their conservative beliefs and their loyalty to the party. Regardless of the choice they made, Trump has sucked the air out of the GOP and strangled the aspirations of ideologically conservative candidates.

Some of these Republicans sold their principles to stay in power. Some stood firm. Ultimately, it made little difference either way. Those who bowed to Trump retained their seats, but they are still not trusted by Trump’s MAGA faction and won’t be rewarded with higher office. Republicans have bet the farm on Donald Trump.

Perhaps the worst thing about the whole situation is what Republicans have gotten in trade for the talented and intelligent senators and governors that are now mostly MIA from the party’s leadership. Where Rubio and Cruz were the crème de la crème of conservative politics in the pre-Trump era, Republicans are now represented by trolls such as Lauren Boebert, Marjorie Taylor Greene, and Matt Gaetz. Beyond these intellectual lightweights, only Flordia Governor Ron DeSantis seems to have any kind of broad appeal within the GOP.

DeSantis is also the only Republican who seems to be able to mount a serious 2024 challenge to Trump. Yet the Florida governor’s approach is starkly different from most of the other 16 back in 2016. Where many of the GOP candidates (not Cruz) tried to appeal to moderates and independents outside of the party, DeSantis has veered right and has become a champion of the own-the-left crowd. While this may be necessary to win the Republican nomination, it is not a recipe to win the general election.

A vote for Donald Trump in 2016 as the only alternative against Hillary was excusable. A vote for Trump in 2020 after seeing the damage that he had already done is tougher to justify. But Republicans are still stuck on Trump even after six years and his corruption and incompetence are rotting away the core of their party. The only thing saving Republicans from themselves is Democratic craziness and incompetence.

Despite the current economy and progressive antics masking the problems of the GOP, the Republican Party is in a much worse place now than it was in 2016. That decline is due to Donald Trump and his MAGA voters who have exiled the sane and competent members of the party and placed their bets on the lunatic fringe. That’s not good for the party or the country.

Shanghai in Russia: A recent story that illustrates how dire the situation in Ukraine is for the Russian military came from the Washington Post. The Post reported that Russian police and military officers are literally grabbing military-age men off the streets and conscripting them into service. As the Post explains:

Police and military press-gangs in recent days have snatched men off the streets and outside Metro stations. They’ve lurked in apartment building lobbies to hand out military summonses. They’ve raided office blocks and hostels. They’ve invaded cafes and restaurants, blocking the exits. At a predawn sweep on the Mipstroy1 construction company dormitories on Thursday, they took more than 200 men. On Oct. 9, they rounded up dozens at a Moscow shelter for the homeless.

This strategy has led to men hiding to avoid being drafted. Some are even afraid to leave their apartments and homes for fear that neighbors will report them.

The article further states that conscripts are being sent to the front very quickly. Alexei Martynov, 29, was drafted on September 23 and was killed less than three weeks later on October 10. Russia cannot seriously hope to win the war with such untrained cannon fodder.

My prediction from September that Russia’s draft would further erode support for the war is being fulfilled. Officials issuing summonses for military service are openly berated and dissident groups are teaching Russian men how to avoid the draft and instructing them on how to surrender to Ukrainian forces once they reach the front.

Let me know you’re listening! If you read this, hit me up on Twitter and let me know what you think!