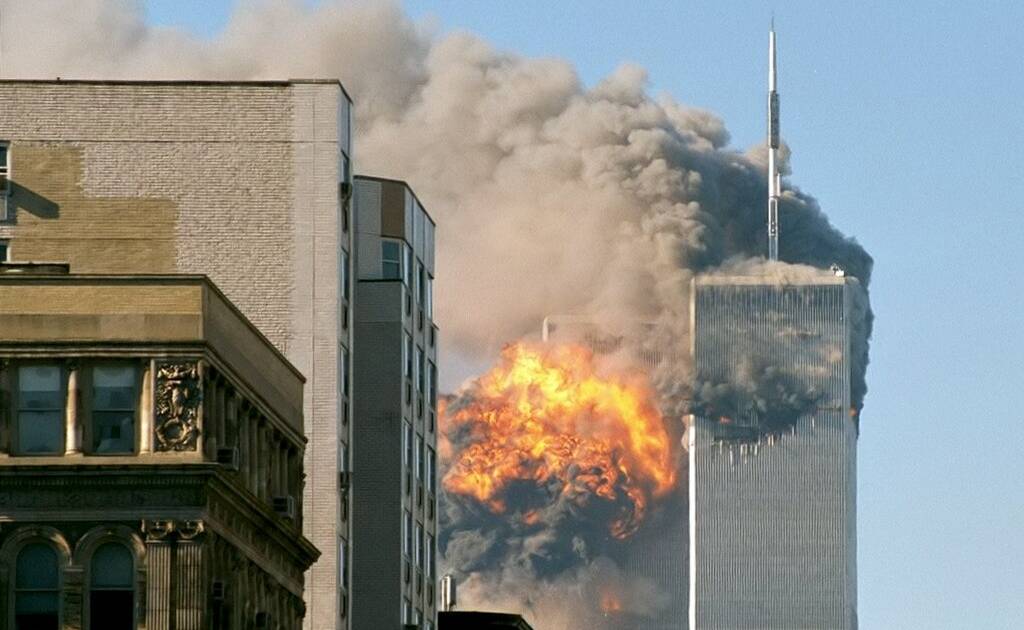 Imagine yourself on September 10, 2001. The world was at peace, America was prosperous. Things seemed… normal. Few of us could have predicted the tectonic shift in the course of history that would occur the next day. Fewer still could imagine the chain of events that the terrorist attacks would set off, a sequence that would eventually lead to Donald Trump and then Joe Biden in the White House and a country that has moved from United We Stand to the brink of civil war in two short decades.

The most immediate and obvious reaction to the events of September 11 was that the US went to war. By November 2001, we were fighting in Afghanistan, but that was not the only short-term response. Many people don’t remember that, after financial markets reopened, the stock market experienced what was then the largest single-day drop in history, although the 684 points lost by the Dow has been eclipsed many times since then.

The stock market crash led to fears of recession. The Fed’s reaction to the tanking economy was, as it often is, to cut interest rates further. The Fed had already been lowering rates that year as the country dealt with the fallout of the Dot Com Bubble, but after September 11, interest rates went as low as two percent.

The easy money policies of the Fed, together with a bipartisan push to encourage homeownership regardless of financial status, led to the next crisis. In 2008, the real estate bubble, fed by government-backed subprime loans, burst. The contagion of “toxic assets” throughout the financial system threatened to grind the entire economy to a halt.

The combination of two wars and a looming economic meltdown led to the election of Barack Obama. I have serious doubts that Obama would have been elected without the financial crisis, but in the midst of the panic, he couldn’t lose. The junior senator from Illinois, who had not even served a full term in the Senate and had been a state senator only four years earlier, was charismatic and projected calm assurance to a nation that was ready for “change.” Obama and the Democrats were swept into office in a wave.

Obama wasn’t a great president. As a very inexperienced politician, he sounded good but lacked the core competencies necessary to lead the federal government. Since he didn’t need Republican votes due to the Democratic supermajority, Obama alienated the GOP and locked them out, pushing through his agenda on a partisan basis. This worked at first, but after Republicans won back the House in 2010, the well was poisoned for cooperation.

Still, Obama was able to eke out a re-election victory in 2012. It wasn’t long after that when Republicans went insane.

A big part of the Republican mental problem was Obama’s embrace of executive actions paired with Senate filibuster rules. Obama discovered that he could act with his “pen and phone” and, as long as Democrats united behind him to filibuster Republican attempts to rein him in, he could get away with it. The Republican failure to hold Obama accountable and to repeal Obamacare, both due to the filibuster, played into the sense of betrayal felt by the Republican base.

Obama opponents had already started embracing conspiracy theories, claiming that Obama was not a US citizen and that he was secretly a Muslim, but the paranoia really took off after 2012. Not only were many Republicans convinced that Obama planned to invoke martial law (remember Jade Helm?) and would refuse to leave the White House at the end of his term, Ted Cruz and his ilk undermined faith in the leaders of the Republican Party itself, claiming that the GOP establishment was secretly in league with the Democrats. When Cruz’s ill-advised government shutdown predictably failed in 2013, the upstart senator didn’t blame the Democrats who had numerical superiority, the only thing that matters in a congressional vote, but on his own party.

Cruz’s goal was to make a name for himself as the populist conservative outsider who could save the country in 2016. Unfortunately for him, Donald Trump jumped into the race and, as an amateur politician, was more of an outsider than Cruz. In a crowded field, Trump was not popular with most Republicans, but he was more popular than any other individual candidate.

Personally, I don’t believe that Donald Trump could ever have been elected without September 11, Barack Obama, and Ted Cruz. Even with all these factors working for him, he still lost the popular vote and only won through an Electoral College fluke.

However Trump won, his election took the United States further off track and deepened the divisions between the two parties. Trump made few pretenses of trying to unite the country and instead focused on “owning the libs” and preaching to the choir of his own base. If President Obama abused his executive authority, President Trump took the abuse to a whole new level.

The next step in the chain is more tenuous, but without Donald Trump as president, I don’t believe that Joe Biden, a two-time loser in presidential primaries, would have been elected at age 78. It took a competitor as bad as Donald Trump in the midst of a global pandemic to put Biden in the White House. Similarly, it took Barack Obama to give us Donald Trump and it took two wars and the Great Recession to give us Obama.

Now that Biden is here, it seems less and less likely that the country will heal. The pandemic and partisan rancor, much of it fueled by grifters who peddle outlandish conspiracy theories, continue to push us further and further apart. The Republicans double down on crazy at every opportunity and the Democrats are beholden to the leftist, progressive wing of their party. If there is a path back to unity, I have trouble seeing it from here.

Counterfactuals are impossible to prove, but I don’t believe that we would have – or could have – ended up where we are without the terrorist attacks on September 11. The attacks set in motion a chain of events that have thrown the United States off-kilter and left us deeply divided and suspicious of each other. Twenty years later, I’m left to suspect that the terrorists may yet win after all.