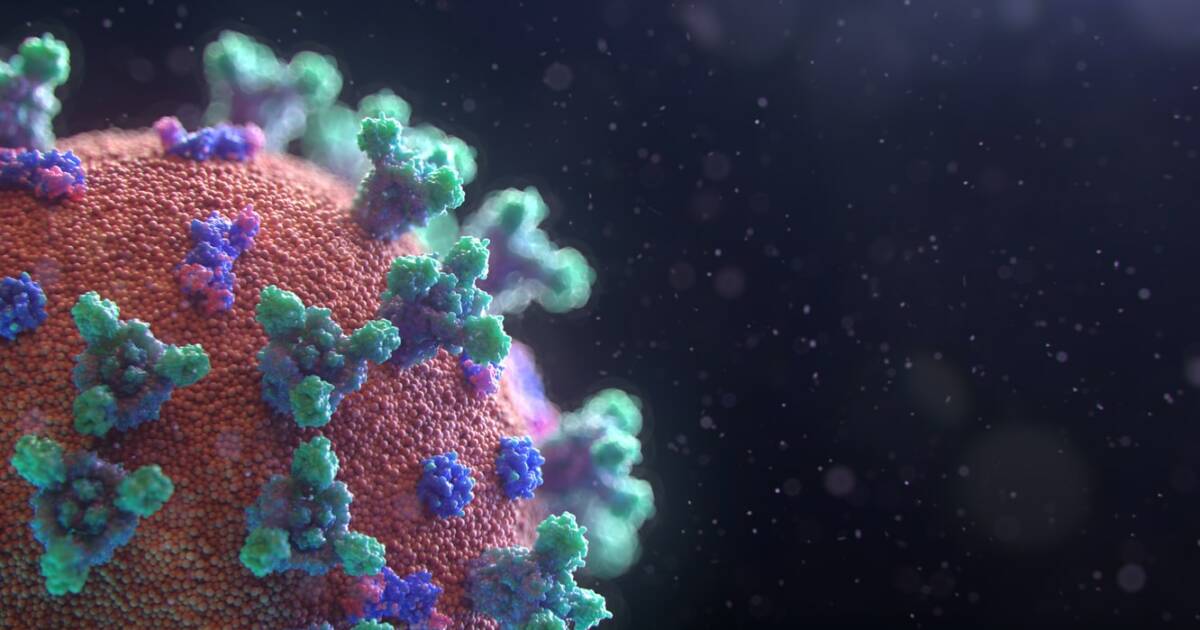 Omicron, the newest COVID variant is sweeping across the plain. As Steve and I have pointed out in recent weeks, the evidence is mounting that Omicron is vastly more transmissible than the previous variants but with symptoms that are much milder. Experts believe that Omicron will become the dominant strain, but the CDC recently sharply downgraded its estimates of the progress that the variant has made.

Originally, the CDC had estimated that Omicron accounted for 73.2 percent of cases nationwide on December 18. That figure has now been revised down to 22.5 percent, an adjustment of more than 50 points and one that is far outside the normal 95 percent confidence of the agency’s figures and projections.

This doesn’t mean that Omicron isn’t coming, but it seems to be coming at a slower rate than was initially assumed. The newest weekly estimate for the week of December 25 was that Omicron made up 58.6 percent of new infections.

CDC spokesperson Jasmine Reed explained to Politico that the correction was due to additional information, saying, “We had more data come in from that timeframe and there was a reduced proportion of Omicron.”

In the past, the US has not done as many tests to determine the different strains of the virus that are floating around the country. Typical COVID tests don’t determine the strain of the infection, special genomic sequencing tests are required to differentiate between Delta and Omicron.

The massive difference between the presumed level of Omicron and reality is important because if there is not as much Omicron as originally assumed then that means that there is a lot of Delta still around. Delta is not as infectious as Omicron, but it is more dangerous, especially to the unvaccinated. This presents a serious problem because many people may be forgoing mitigations under the assumption that Omicron does not present a threat.

Previous infection doesn’t seem to protect against Omicron. The same mutations that diminish the effectiveness of vaccines also work to confound the body’s defenses from previous infections. The first confirmed US death from Omicron was an unvaccinated Texas man who had survived a previous bout with COVID. By the way, it’s also possible to be infected by both strains of the virus at the same time.

If there is still a lot of Delta out there then we would expect to see hospitalizations and deaths start to rise following the rise in cases. As the chart below shows, that is exactly what we see (click the tweet for the full chart since the end is cut off in the view).

This also explains why some hospitals around the country have experienced surges in cases that have overwhelmed their staffs and led to shortages of available beds and care. There is a direct link between low vaccination rates and COVID hospitalizations that put pressure on the healthcare system.

There is good news, however. One bit of good news is that if Omicron is tempering the current COVID surge then we can expect the overall rate of hospitalizations and deaths to fall below that of previous waves.

This doesn’t mean that there won’t be a lot of hospitalizations, however, because a lower rate paired with Omicron’s increased transmissibility can still wreak havoc. The basic math here is like considering two different sizes of pizza. A slice of a very large pizza that is cut into a dozen pieces could still be as large or larger than a slice of a small pizza cut into only four slices.

More good news is that vaccinations still work and they work on multiple levels. Especially with a booster, the vaccines do offer some protection against infection by both Delta and Omicron. The best-case scenario is that a vaccinated individual will not get sick at all. So far, there is no conclusive data on exactly how effective vaccines are against an Omicron infection, and the cocktail of different vaccine combinations is going to make such calculations difficult, but we can see a lower rate of infection in statistics.

The second line of protection offered by vaccines is that they guard against a serious illness in the event of a breakthrough infection. In the majority of cases, it is people who are unvaccinated or only partially vaccinated who end up in the hospital or the morgue. As the charts below from the Georgia Department of Health show, the unvaccinated are about three times as likely to be infected and four times as likely to die of COVID-19. The results are very similar all over the world. (I’m going to predict that the death rate will climb over the next few weeks based on the near-vertical surge in cases since the end of November.)

I do believe that as more people are vaccinated and the virus mutates the raw numbers of vaccinated victims of COVID will eventually exceed those of the unvaccinated. This has already been noted in some smaller population samples. The rate of infections will continue to be higher for the unvaccinated, however. Again, it’s a question of the size of the pie and how many slices.

The pandemic is not over. Omicron is not harmless, although it doesn’t seem to be as dangerous as previous variants. As has been since the beginning of the pandemic, the key to staying safe is to exercise sensible precautions. That mainly includes getting vaccinated and washing your hands a lot, but it might mean wearing a mask in certain high-density settings as well.

Y’all be careful out there.

The CDC has updated its guidelines for COVID isolation and quarantine based on new science and the changing situation with the variants. Per the new guidelines,

People with COVID-19 should isolate for 5 days and if they are asymptomatic or their symptoms are resolving (without fever for 24 hours), follow that by 5 days of wearing a mask when around others to minimize the risk of infecting people they encounter.

Keep in mind that “asymptomatic” means no symptoms, not mild symptoms. So if you have COVID symptoms and not just exposure or a positive test then the new guidelines do not apply.

This is a good change that the CDC says is “motivated by science demonstrating that the majority of SARS-CoV-2 transmission occurs early in the course of illness, generally in the 1-2 days prior to onset of symptoms and the 2-3 days after.”