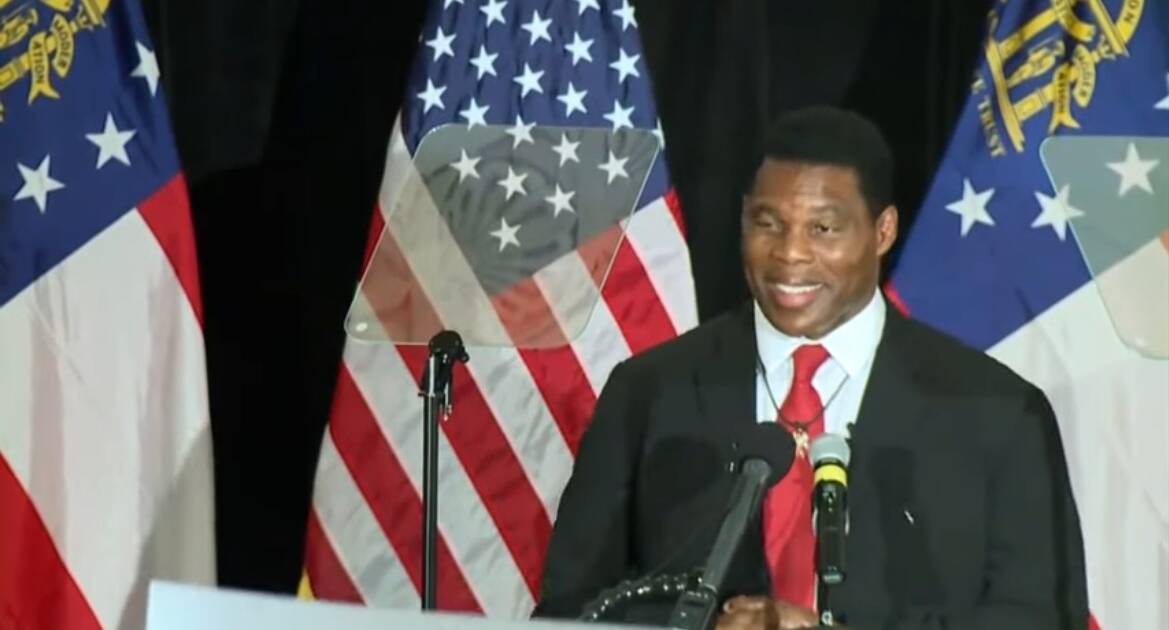 The votes have barely been counted in the Georgia Republican primary and Herschel Walker is already in trouble. You may recall that the former football star handily won the Republican senatorial primary last month by more than 50 points. At the time, Walker led incumbent Democrat Raphael Warnock in most head-to-head polling with Warnock only ahead in one outlier poll.

The race looks a bit different today. Yesterday, Eastern Carolina University released the first post-primary poll and the results show a dead heat between Walker and Warnock with both candidates polling at 46 percent. Only six percent are undecided and two percent support other candidates.

Interestingly, the poll does not seem to be biased against Republicans. Brian Kemp led Stacey Abrams 50-45 percent in the same sample and voters disapproved of President Biden by 38-54 percent. The problem seems to be with Walker.

We’ve covered some of Herschel’s flaws in the past so I won’t rehash that here except to say that Republican nominee’s negatives are numerous and his main advantage is a celebrity status that is based on a 42-year-old national championship for the Georgia Bulldogs. Football is big in Georgia but that isn’t necessarily going to carry Walker across the goal line in a state where many voters cheer for other teams such as Georgia Tech, Alabama’s Crimson Tide, the Clemson Tigers, or the Florida Gators depending on the region.

Beyond that, football notoriety may not translate into political ascendancy even among Georgia fans. Walker isn’t a good speaker and has been truth-challenged in the past about his education, his businesses, and about working as a police officer. Just yesterday, news broke that the candidate had four previously undisclosed children that were born outside of marriage and that Walker, who has criticized absentee fathers, supports financially but does not see. Walker hasn’t even lived in Georgia for years, residing primarily in Dallas. (Okay, so I guess I will rehash a few of his problems.)

The Republican base would vote for any candidate with an (R) after their name, but Georgia Republicans seem to have forgotten that candidates matter, not just Trumpist or anti-Democrat credentials. For swing voters, character and competence (or lack thereof) can still influence choices.

I think that’s why Brian Kemp is polling noticeably better than Walker. Voters know Kemp, they like his record, and they trust him.

Walker isn’t destined to lose, but he is in for a difficult race. He was a poor choice for a nominee compared with proven statewide politicians like Gary Black, who has served three terms as agriculture commissioner.

As close as the race is, I don’t think that Walker’s handlers will dare let him debate Raphael Warnock, a polished and experienced public speaker. That severely limits Walker’s options in opening a gap.

And Walker is going to need something to open a gap. Warnock is already running a very effective ad campaign that includes tough attack ads against Walker.

Fateful choices like the nomination of Walker and Dr. Oz may end up costing Republicans the Senate majority. It wouldn’t be the first time.