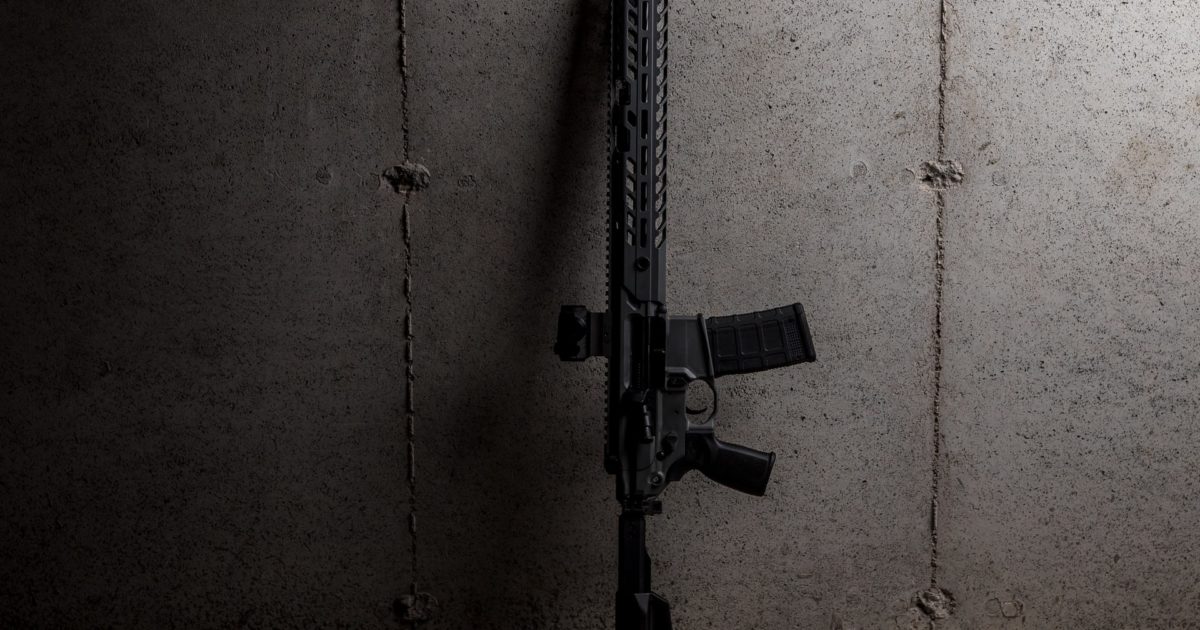 One of the new stories making the rounds in recent days is the claim that Joe Biden plans to enact a $200 tax on assault rifles and high-capacity magazines. There are several reasons why we should not be alarmed by these claims that Democrats will impose a heavy tax burden on gun owners.

I’m a gun owner myself with an AR-15 among the firearms in my collection so the claims about the gun tax quickly caught my attention. Does Joe Biden really favor a tax on gun ownership since his website makes no mention of such a policy? Where is the evidence for the claim?

Americans for Tax Reform points to the registration requirement and then links to an ATF form. The anti-tax group claims that registration “triggers the $200 tax,” which it notes would be a “violation of Joe Biden’s pledge against any tax increase on anyone making less than $400,000 a year.”

It is true that the ATF form contains three options for “type of application.” The first is “tax paid,” which requires a payment of $200 with the application. The other two options are “tax-exempt” but these require the firearm to be “made” on behalf of either the US government or the government of a US state or possession. At this point, it looks bad for gun owners.

But then I looked more closely at the ATF form. The form cites Sections 5821(b), 5822, and 5841 of Title 26, Chapter 53 of the US Code. These sections of the law are easily accessible through the internet. When I looked them up, here is what I found.

Section 5821 specifies that the $200 tax is for “each firearm made” and is to be paid “by the person making the firearm.”

Section 5822 deals with “making” firearms. Among the requirements are that the maker must submit an application and pay applicable taxes.

In my mind, the big question here is what “making” a firearm means under the law. I’m no lawyer, but I do know that laws and legal contracts normally contain definitions of important terms. The National Firearms Act is no different. Just as the law defines “firearms,” it also defines the word “make:”

The term “make”, and the various derivatives of such word, shall include manufacturing (other than by one qualified to engage in such business under this chapter), putting together, altering, any combination of these, or otherwise producing a firearm.

You may notice that the definition of “make” does include “putting together” and “altering” to produce a firearm. Under that definition, a gun owner who builds his own AR-15 from parts purchased from dealers could reasonably be considered to have “made” a gun. What about other alterations? Adding a scope, a sling, other accessories, or even changing out a barrel or receiver would arguably not produce a firearm. At this point, it’s all speculation because the law has not yet been passed. If the registration does become law, it will ultimately be up to the courts to determine which changes constitute “making” a firearm and which do not.

If we put all this together, we see that the ATF registration form does require a $200 tax, but the law specifies that the tax is for people who “make” firearms rather than for registering or transferring them. Indeed, if we look at the title of the form cited by Americans for Tax Reform, it is an “Application to Make and Register a Firearm,” not an application to register or transfer an existing gun. It seems that ATR and others concerned about the gun tax have cited the wrong form and jumped to conclusions.

I searched for ATF gun registration forms and found the “Firearms Transaction Record.” If you’ve ever bought a gun, this form should be familiar. I’ll point out that it does not require a tax or application fee.

Because the law would have to be changed to require Americans to register their “assault weapons,” the new Congress could make changes to the current law. So, you might ask, couldn’t Congress and the Biden Administration impose a $200 tax when they mandate registration of the guns?

Changing the law to tax “assault weapons and high-capacity magazines” would be theoretically possible, but there are two problems with this theory. The first and most obvious difficulty is that Biden has not made any such proposal. The entire tax discussion is centered on an apparently erroneous assumption that Republicans read into Biden’s platform.

The second problem is getting such a hypothetical tax through Congress. Assuming an unlikely Democratic sweep of the Georgia races, the Senate would be at a 50-50 tie. Joe Manchin of West Virginia has already said that he would not back radical progressive moves if Democrats won control of the Senate. It’s safe to assume that the pro-gun senator from a pro-gun state who won re-election by less than one percent in 2018 would put the brakes on any plan to tax guns. Manchin, who has a record of opposing bans on “assault weapons” and high-capacity magazines, might even kill the Biden gun buyback.

Launching a frontal assault on gun ownership would represent a massive strategic error for Democrats, who no doubt hope to expand their congressional delegations in 2022 and return Mr. Biden or some other Democrat to the White House in 2024. The best way to destroy those hopes would be to overreach with a divisive and controversial initiative that angers voters in red and purple states. That doesn’t mean that the more radical wing of the party wouldn’t push for it, however.

The good news is that the moderates are in charge. President-elect Biden has shown many signs that his Administration will not take a radical direction but will seek a bipartisan course. As a long-time creature of the Senate, Biden must realize that a gun tax would be doomed to fail while simultaneously poisoning the well for future cooperation with Republicans and endangering Democratic electoral chances in rural states.

This does not mean that Biden is a friend to gun owners, but it does mean that any attempts at gun control are more likely to be small and measured. Biden gun control proposals may include his “buyback” plan, more background checks, waiting periods, or a national database of people prohibited from owning guns, such as the one proposed by Joe Manchin and Pat Toomey (R-Pa.) in 2018, but we are unlikely to see serious proposals for gun bans, confiscations, or taxes.

Joe Biden and the Democrats are definitely not pro-gun, but that does not mean that they will have carte blanche to impose their will on gun owners. Even if Republicans lose the two Georgia Senate races, there will be little, if any, gun control legislation from the Biden Administration.