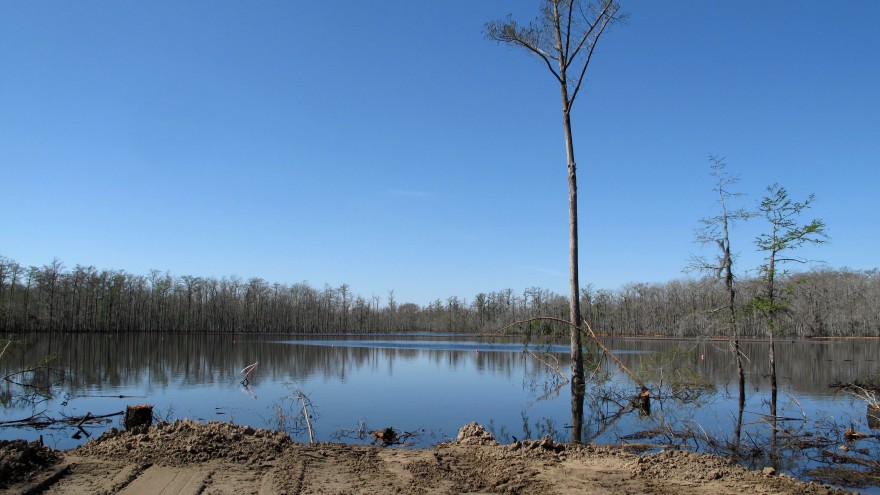 In August of 2005, I was set to begin my second and final year of graduate school. Days before the semester began I received a call from one of my professors. The department needed someone to teach a Small Group Communication course. Was I interested? I was certainly interested in a little more cash flow. I had not given much thought to collegiate teaching, but I dove in headfirst and took the class. About a week into that semester, on August 29, 2005, Hurricane Katrina battered my home state of Louisiana, and Louisiana has, in some ways, never been the same since.

My university did what many others in the northern part of the state did at that time: we shifted dramatically, overnight, suspending classes and turning colosseums and other nooks and crannies on campus into shelters for those fleeing the coast. In the weeks that followed Katrina, I learned lessons as a teacher I carry with me to this day. Countless people who fled Katrina never returned home. They had no home to which to return. They had nothing. Universities accepted students who had no papers, no transcripts they could present. Some had no ID. We were told to take them at their word, and we would sort out the details later. I had two Katrina refugees add my Small Group Communication course, and while I hope I taught them a few things, I learned a lot from them that semester.

On the heels of Hurricane Katrina was Hurricane Rita, a Category Five hurricane described by some at the time as the most intense hurricane ever observed in the Gulf of Mexico. In all my years of living in Louisiana, Rita was the hurricane I recall doing the most damage in the northern part of the state where I live until, on August 27, 2020, Hurricane Laura barreled through my state leaving many without power for over a week.

Storms weaken. They shift. They dissipate. You don’t live in Louisiana long before you realize there is no reason to panic every time a storm forms in the Gulf, but this final weekend in August has proven to be a particularly dicey time for Louisiana, and we again find ourselves in the path of what appears to be a large and potentially dangerous storm named Ida. We all know the drill. You watch and wait until the forecast persists and demands you begin preparing for the worst. Gas stations are buzzing with people filling their cars and filling extra tanks. My social media is filled with news reports and the thoughts, prayers, and warnings of concerned friends; the familiar words and phrases fill my screens: catastrophic, scary eye, storm surge, dangerous wind gusts.

This past week I resumed teaching high school English, British literature to be exact. At one point while discussing their summer read, Lord of the Flies, I segued into a scene in one of the Jurassic Park sequels that features a dead man still attached to the parasail he had strapped on his back when he died in an incident that was, of course, dinosaur-related. I was trying to explain to students the imagery William Golding had in mind when he penned “the beast” on the island. The beast is actually a deceased airman who abandoned his plane. His decaying body is occasionally animated by the parachute attached to his body, a specter that obviously frightens the young boys on the island.

At a later date this year, I will delve more deeply into why I love the Jurassic Park films. I am sure my students cannot wait. I often refer to these films in my teaching and my writing. Jurassic Park is the product of the work of many geniuses: Michael Crichton, Steven Spielberg, and the esteemed composer of the score, John Williams. The music always makes me cry. It is perfect. It says without words what I feel as I watch: creation is wonderful and mysterious, dinosaurs, like their Creator, are marvelous and fearsome, and man, as we know from Frankenstein and the inimitable Dr. Ian Malcolm, is a fool to insert himself in the role of Creator God.

I recently wrote about the toll COVID has taken on my home state and my prayer that we will see a light at the end of this dark tunnel. That we again, as we did last August, find ourselves juggling COVID and the approach of a dangerous hurricane is the subject of some funny memes on social media as well as the motivating factor behind many prayers being raised.

My heart is heavy for my home state and for all in the path of this storm. I’ve been asked more than once why I live in Louisiana. There are certainly other states with more appealing climates and economies (and Governors). The simple answer is: It is my home. My family is here. My history is here. My LSU Tigers are here. We swat mosquitoes, float bayous, boil crawfish, dodge hurricanes, swelter in the humidity, and cross our fingers and toes when the Tigers go for it on fourth and short. I love Louisiana. She could use your prayers if you are so inclined.