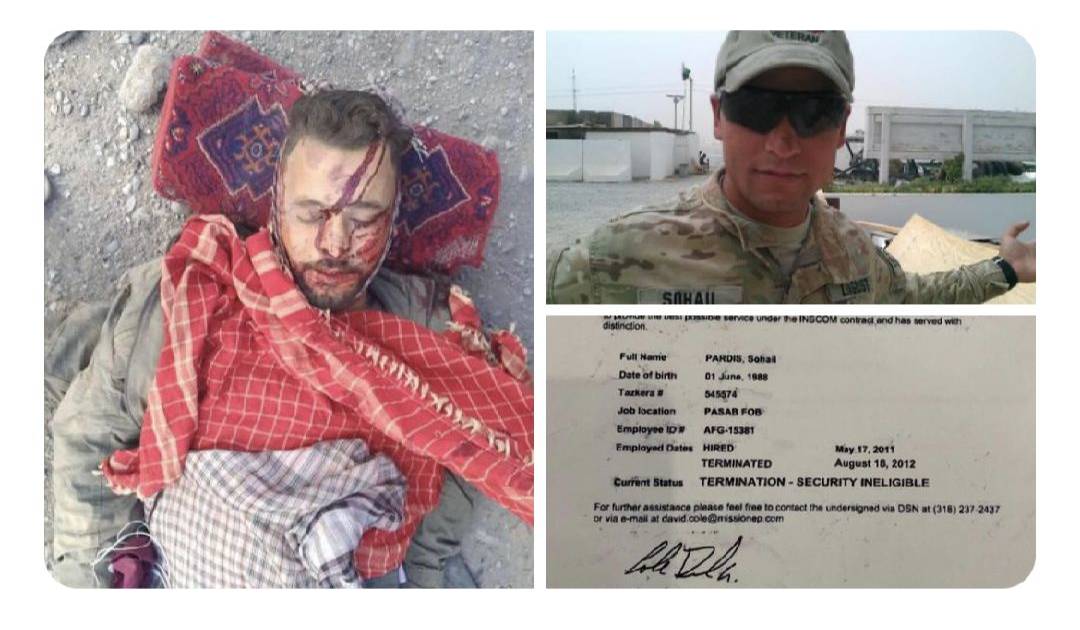 The Daily Mail reports that Sohail Pardis, a 30-year-old Afghan national, was in a car that was forced to stop at a Taliban checkpoint on a road in Khost province in eastern Afghanistan. Pardis was reportedly dragged from the car and beaten before being summarily executed and beheaded by the Taliban fighters.

Pardis, who was father to a nine-year-old daughter, had served as a translator for US forces for 16 months before being dismissed in 2012 after he became one of the hundreds of interpreters to fail a polygraph exam. The details of his failure were never explained.

Polygraphs, which are not typically admissible in US courts, were administered by a third-party contractor and the interpreters say that there were problems with the questions, possibly due to language barriers. They also argue that the tests are not reliable.

Locals “who worked with the U.S. Armed Forces or under Chief of Mission authority as a translator or interpreter in Iraq or Afghanistan” are eligible for Special Immigrant Visas (SIVs) However, the program is limited to “up to fifty persons a year” and people who were terminated, even on the basis of nothing more than a failed polygraph, often have their visa applications denied.

Per the VOA, there are about 18,000 Afghan SIV applicants. Simple math tells us that the backlog would take 360 years to clear under current rules. It’s fair to say that the Afghans don’t have anywhere near that long to wait.

So, many of the men who served honorably alongside American soldiers are caught in a sort of limbo. The US government does not trust them because of the failed lie detector tests and they are marked for death by the Taliban because of their connection to the US and the Afghan government.

I’ve written before about the sad tendency of the US to forget and forsake the people who have depended on us and trusted us when we decide to lose a war and go home. Our tendency to retreat often costs the lives of both people who worked with allied governments as well as innocents who tried not to choose a side.

In the case of the Afghan interpreters, the betrayal is especially egregious. Few of America’s friends have faced a more brutal enemy than the Taliban and the rank-and-file translators lack the political clout to cut through the bureaucracy in either Afghanistan or the United States.

There is a legitimate concern about security, given the number of “green-on-blue” incidents over the years in which Afghan working with coalition forces have been Taliban moles who launched fratricidal attacks on Americans and/or Afghan government troops and police. But the solution is not to forget those who answered America’s call and abandon them to the tender mercies of the Taliban.

A better solution might be more in-depth vetting. These veterans could be monitored for illicit contacts after being removed from Afghanistan. They would also not necessarily have to be allowed to immigrate to the US right away. An intermediate destination could remove the military refugees and their families from immediate danger while allowing additional time for vetting.

Also, let’s be realistic about the security issues. The security risk from Islamic terror seems to be receding while the threat from domestic terrorists is rising. The last Islamic terror attack in the US seems to have been the December 2019 shooting spree by a Saudi flight student at Naval Air Station Pensacola. Since that time, we have seen a number of domestic terror attacks on police (not all of these attacks are left-wing either), a plot to kidnap Michigan Gov. Gretchen Whitmer, an attempt to car-bomb a hospital where patients were being treated for COVID-19, and of course the attack on the US Capitol. This isn’t to say that Muslim terrorists present no threat, but the security situation has changed a lot since 2001.

There is hope for the Afghan veterans, however. In a bipartisan vote last month, the House voted to ease medical requirements for SIV applicants and more bills aimed at streamlining the process are reportedly in the works. Earlier this week, President Biden authorized $100 million in emergency funds to help Afghan refugees including SIV applicants.

Things are moving slowly though, and time is running out. Making America great again should start with honoring our commitment to those who fought alongside our own soldiers. Not abandoning them to be brutally murdered along with their families is the least we can do. If we, as a country, can’t find a way to get these people out of Afghanistan, it will be to our everlasting shame.

I don’t do this often, but if you agree with what I’ve written here, you should contact Congress and the White House and ask them to help evacuate the Afghans who served alongside American soldiers. You can find contact information for your Senators, your congressman, and the president at these links:

And now for something completely different. I wanted to add a short note on the January 6 hearings.

America got its first taste of public testimony in the January 6 hearings yesterday when four Capitol Police officers testified about their experiences on January 6. The testimony included details of how the mob of insurrectionists hurled racial epithets at a black officer and how officers trapped outside with the rioters thought their lives were ending. Body camera footage showed an injured officer’s perspective as his buddies carried him to receive first aid.

The hearings are not going to be pretty for Republicans and they shouldn’t be. The party has chosen to oppose the police officers and protect the rioters… and the people who summoned the mob to Washington. Republicans would do better to embrace the investigation and renounce the radical elements of their patty, but they can’t do that because Donald Trump and the radicals now own the party.

The latest Republican talking point is that the Capitol should have had better security, but this argument is likely to fall flat. Arguing that the speaker (who is not in charge of security by the way) should have known that the Republican base would turn violent is not the great defense that they think it is.

Officer Harry Dunn offered one of the most memorable moments, when he said, “If a hit man is hired and he kills somebody, the hit man goes to jail. But not only does the hit man go to jail, but the person who hired them does. It was an attack carried out on January 6 and a hit man sent them.”

And in the coming months, the investigation will look into who and what motivated the mob. And without Bill Barr heading up the DOJ, former Trump officials will be allowed – and possibly required – to testify.

Sunlight is the best disinfectant and I firmly believe that getting the details about January 6 into the open will ultimately be good for both the country and the GOP, but the process may be painful in the near future. Curing an infection can sometimes sting.