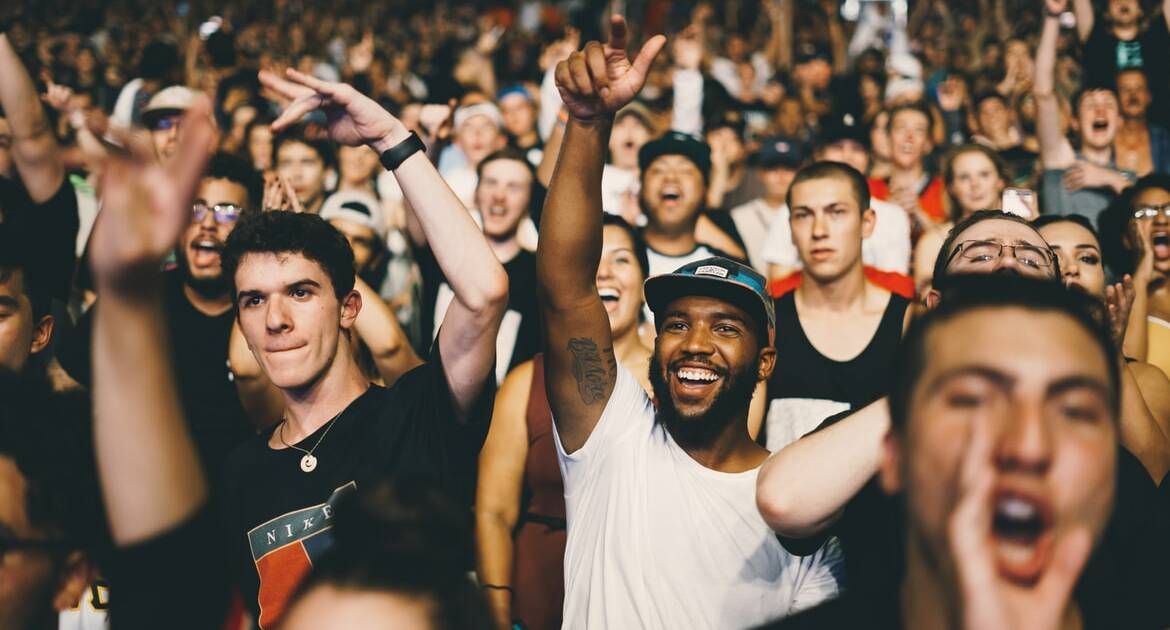 By now, you’ve probably heard about Jonah Goldberg’s recent op-ed in which he argued for a third party to add pressure to the increasingly trumpified GOP. Goldberg has taken a lot of criticism for his idea, but it may be an idea whose time has come.

Even before Trump, I was not a total stranger to third-party voting. In a vote that I wish I could take back, I voted for Ross Perot in 1992. Before and after that, I was a straight-ticket Republican voter until 2016 when I voted for Evan McMullin. I would not want to take that one back.

One of the big drawbacks to third parties is that they tend to hurt the party to which they are ideologically closer. For example, the campaign by McMullin, a traditional Republican, was clearly aimed at hurting the Trump campaign by drawing away Trump-critical Republicans. Ideally, the party would have backed McMullin en masse and maybe even have added some anti-Hillary Democrats to the mix. Looking back, it may well be that McMullin’s run could even have benefitted the country by shifting enough states to Hillary to change the Electoral College outcome. Obviously, neither outcome became reality and we will never know if a Hillary Administration would have been less disastrous than Trump’s.

In 2016, the Republican Party was very different than it is today. I didn’t want Donald Trump to be president, but I did want a strong Republican presence in Congress for two reasons. First, I wanted conservatives in Congress to blunt Democratic agendas and to repeal and replace Obamacare. (Remember Obamacare? It drove the GOP platform for almost a decade and now they almost never mention it.) Second, I wanted Republicans to hold Donald Trump’s feet to the fire and keep him accountable.

Something happened on the way to 2020, however. It didn’t happen quickly, but after about a year, it became pretty obvious that rather than holding Trump’s feet to the fire, the Republicans in Washington were holding Trump’s coat while he ran wild. By 2018, I wasn’t voting a straight Republican ticket anymore but only supporting Republicans who would resist Trump’s excesses. That means that I voted for a mixture of Libertarians, Democrats, and some Republicans. My ballot was mostly Libertarian at the federal and state levels with local Republicans added in.

The Republicans took a drubbing in the House and at the state level that year, but most Republicans didn’t realize it because the focus was mostly on the two Senate seats that the GOP picked up. Republicans stood by their man and doubled down on Trump, even going so far as to not allow competing candidates in many of the 2020 Republican primaries.

Where Republicans grudgingly accepted Trump in 2016, they embraced him in 2020. The character of the Republican Party had changed significantly in those four years.

By November 2020, there was no question that I would not be voting for Trump. Between his corruption and his incompetence at handling the pandemic (among other things), there was no way that I wanted a second Trump term. The only question was who I was going to vote for. Would it be the Democratic nominee or another third party? Ultimately, I decided that even though I opposed almost every part of Biden’s platform, the country needed Joe Biden in order to avoid a second Trump term. I laid out my reasons in an article for The First and planned to vote for Republicans in the Georgia runoff elections after voting Libertarian in the general election.

Again, things changed. Trump never accepted defeat and made overturning the election the primary issue in the Georgia runoff. I initially had problems with Kelly Loeffler who went full-Trump even before the runoff (never go full-Trump), but then David Perdue, a longtime Republican that I voted for in several prior elections, got on Trump’s overturn-the-election train. I considered not voting and almost stayed home.

Late on Election Day, however, I decided that I had to vote to Stop The Steal. And when I say that, I mean that I voted to stop Trump, Perdue, and Loeffler from stealing the election. (As an aside, I had not voted in person on Election Day in so long that I went to the wrong precinct.) The next day, January 6, my decision to fire the two Republicans was validated.

So, here we are, nine months after January 6 and 11 months after an election loss which The Former Guy still claims was stolen. The Republican Party has gone even farther off the rails in what can accurately be described as a descent into insanity in which Hunter Biden’s laptop and CRT are bigger problems than an attempted coup by a corrupt former president and vaccine mandates are a bigger threat than a deadly virus. The failure of most Republicans to hold Steve Bannon in contempt is only the most recent example of why the vast majority of Republican officials are unfit for office.

I’m caught between a rock and a hard place. I really don’t want to vote for the Democrats because I’m a conservative. I also don’t want to vote for Donald Trump (and I do expect that Trump will run again and probably be nominated) and his Republican enablers, also because I’m a conservative. Frankly, I’m not that thrilled with most of the other options either. The current crop of third parties is largely a bunch of kooks.

Enter Jonah Goldberg. The Goldberg Plan is summed up in two paragraphs:

So why not create pressure outside of it [the Republican Party]? Specifically, a third party with a simple, Reaganite conservative platform combined with a serious plank to defend the soundness of elections? For simplicity’s sake, think of it as a GOP minus the Trump personality cult.

If a Republican candidate met its requirements, a new party of the right could endorse the Republican, the way New York’s Conservative Party does. If not, a non-Trumpy candidate could play the role of spoiler by garnering enough conservative votes in the general election to throw the election to the Democrat.

A lot of people will say, “But running a third-party conservative would mean that the conservative vote is split and the Democrats would win.”

The answer to that objection is that the spoiler scenario would only happen if Republicans nominate someone who isn’t a conservative. Frequently left out of the rebuttals to the Goldberg Plan is the second paragraph, which says that the new party could endorse the Republican candidate and not run its own candidate if the GOP nominated a sane conservative. That would preclude not only Trump but DeSantis, Abbott, Cruz, and a number of others in my book.

There are two purposes here. The first is to put pressure on Republican voters to reject the populists for someone who can be trusted to lead the entire country, not just pander to the base. The second would be to give conservative voters who have a problem with presidents who think that Article II allows them to do whatever they want a non-nutjob alternative to voting Democrat.

Goldberg’s idea has a lot going for it. It neatly avoids the problem of becoming the spoiler… if Republicans choose to not be crazy. It would also help to win over Republicans who are satisfied with their congressmen and local candidates, but who don’t really want to see Trump back in the White House. After January 6, I think that there are a lot more of those Republicans than there used to be, but they need a viable alternative.

For that matter, the new party should try the same strategy in districts where some of the worst Republican congressmen reside. A lot of conservative Republican voters would probably like to have a third option beyond a Democrat or someone like Marjorie Taylor Greene or Madison Cawthorn.

I’ll add in that the new party should eschew the primary system. Although, it seemed a good idea to democratize the nomination process at the time, primary elections have contributed to the radicalization of the two parties as the party faithful select candidates who pander to the base rather than those who are electable or have good leadership qualities (or even good character).

The nomination of an insurgent RINO like Donald Trump and the almost nomination (twice) of Bernie Sanders are evidence of the need to reform the nominating process with a failsafe such as a veto by party leaders. Unfortunately,

The Goldberg Plan also avoids competing directly to replace the Republican Party. Ideally, the party would not have to field a candidate and would instead endorse the Republican. If the GOP persists in its graveyard spiral, however, the new party would have time to grow and gain support from ex-Republicans.

In that scenario, it’s likely that there will be a period when the new party is a spoiler. We could hope that the Republican Party dies as swift a death as the Whigs (as Steve Berman discusses here), but that seems unlikely at this point.

But Democratic victories are also what Republicans got from Donald Trump, whether they want to admit it or not. Trump won by a fluke in 2016 and then proceeded to lose the House, the presidency, and the Senate within four years. Is the party really going to be any worse off with a conservative third party? Trump, himself, has proven to be quite the spoiler. (And he knows it too. He more-or-less admitted it in an interview with David Drucker.)

The Goldberg Plan may not work, but it is better than doing nothing as Republicans prepare to repeat the mistakes of 2020. This may include challenging another lost election with violent results or it could involve other, more competent candidates for whom the ends of seizing power justify any means. Trump failed in his coup largely because of a few key Republicans like Mike Pence, Brad Raffensperger, and even Bill Barr, who resigned rather than be a party to Trump’s actions. The more entrenched Trumpism becomes, the fewer honest Republicans there will be to stop the next grab.

The big question is whether the Republican Party is too far gone for external conservative pressure and rationality to matter. Frankly, I’m not sure that the GOP can be saved. Or that it should be.

If there is to be a conservative option in 2024, the preparations should begin now. One reason McMullin failed in 2016 is that Trump’s nomination was a surprise to almost everyone. This time, we know the Trumpists are coming. If we’re serious about an alternative, it’s time to start laying the groundwork.

Jonah Goldberg, if you’re listening, count me in. Let’s get this ball rolling because there isn’t that much time until 2024.